As medals pile up, Norway worries: Are we winning too much? 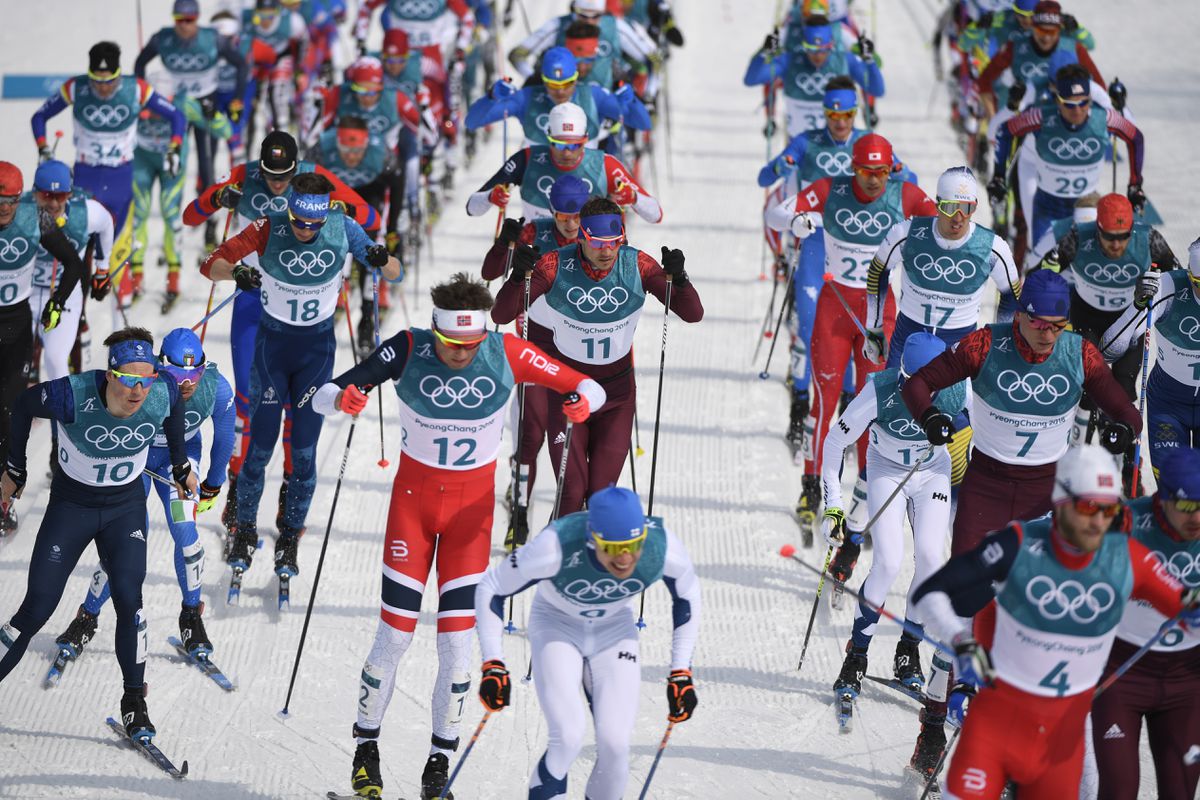 PYEONGCHANG, South Korea — Surpassing its own lofty expectations, Norway has delivered the greatest performance in the history of the Winter Games, winning a total of 38 medals, 13 of them gold. A nation of only 5 million people has crushed all comers, including sports behemoths like Germany and the United States, in the events Norwegians care about the most.

Elsewhere, these historic results would yield the kind of street parties where strangers high-five one another until their hands hurt. In Norway, celebrations have been far more subdued. The most raucous it has gotten so far is a lot of joyful shouting at the television.

"We always want to win," said Fredrik Aukland, a TV sports commentator in Norway. "But modesty is a big part of the culture here. And Norwegians don't go out much."

Unless it's Constitution Day, ostentatious displays of all kinds are frowned upon in Norway, especially when it comes to wealth, a notable feature in one of the world's richest countries. Nobody expects a parade for returning athletes, even though they are bringing home 13 medals in cross-country, six in biathlon, five in ski jumping, seven in Alpine skiing and four in speedskating.

The haul is sure to revive pangs of concern that have shadowed Norway's streak of victories in recent years — that the country may dominate some winter sports so thoroughly that it is ruining them.

That anxiety is strongest in cross-country skiing, which is adored with a fervor that stretches back centuries. Norwegians fear lopsided results can demolish enthusiasm for a sport in countries that are getting demolished.

Justyna Kowalczyk, an Olympic athlete from Poland who competed in Pyeongchang, calls it a paradox. Norway may love cross-country to death.

"It's wonderful that they have a big budget, big sponsors and that everyone in Norway loves skiing," Kowalczyk, who has won five Olympic medals, said in a telephone interview. "But that makes it really difficult for countries like Poland to compete."

[Tough job: Norway's ski wax chief is only noticed when he fails]

It isn't unusual for one country to own a sport, at least for a while. The Netherlands does it in speedskating, the United States in basketball. The difference is that Norwegians say they desperately want cross-country skiing to gain a large, sustained following around the world, and that means nurturing an audience on television.

Cross-country races are televised every weekend, from November to mid-April, to large swaths of Europe. Ratings in different nations rise when homegrown contenders are in the mix and shrink when they are not.

Since 2011, when Norway's ascendant era began, viewership figures have dwindled by about 40 percent, said Jurg Capol, marketing director of the International Ski Federation.

"If the athlete from your country keeps finishing in 23rd place, you're less likely to see the race in your country," he said. "It's all about results."

To thrive, cross-country needs national heroes in places like Germany, which has a population of more than 82 million. And while the United States, Sweden and other countries have lately won some major titles, the Norwegians took gold at all five of the women's events at the world championships in Finland last year, and won a total of 18 medals, more than any other country. Norway won 15 in cross-country. The next-closest country won four.

All of this presents a conundrum for Norwegians. They want their athletes to destroy everyone in their favorite sport, but the sport could be destroyed unless other countries win.

A similar tension is built into Norway's fortune, which comes from vast oil reserves and has turned the nation's sovereign wealth fund into the largest in the world. Norwegians are green to the core, and when it comes to their own energy needs, they are huge fans of the clean, renewable variety. They also pocket billions from fossil fuels.

A surfeit of gold and oil — bigger problems have plagued nations. But Norway is not going to stop drilling, and it certainly won't handicap its cross-country athletes.

"It's a strange thing, but some people in Norway yell at us when we win too much," said Knut Nystad, who heads the team's 30-person wax tech operation. "Other countries dominate other sports. Why is the argument against success made only in the sport where we're succeeding?"

Instead of holding back its athletes, Norway is trying to lift others everywhere else. It has conceived the Alpine athletics version of the Marshall Plan. For seven years, it has invited competitors from all over the world to visit for a weeklong training camp. A separate camp is offered to World Cup coaches. Attendees pay to get there, and Norway covers all other expenses.

"We show them what works for us," said Erik Roste, president of the Norwegian Ski Federation. "We don't have the blueprint, but we feel a responsibility to the international community, and we want to be open. We want to share our knowledge."

Of course, one week in Norway will not suffice. The country's pre-eminence stems from a long list of factors, only a few of which could be reproduced anywhere else. The most elusive is culturally embedded. In a sparsely populated nation covered with snow, a pair of skis has been indispensable, and countless children start to learn as toddlers.

This helps explain why the breadth and depth of passion for the sport has few parallels. Love for cross-country became an essential national trait, one that any ingratiating foreigner has to embrace. Even royalty. When Norway voted to break its union with Sweden in 1905, it recruited the son of Denmark's king to serve as monarch. The new king was given an invaluable piece of advice by a famous Norwegian adventurer.

"Fridtjof Nansen told King Haakon that he didn't need to learn the language to win the hearts of Norwegians," Roste said. "He needed to learn to ski. And he did."

Then there is Norway's abiding infatuation with its lush natural surroundings. People have such a deep bond with the landscape that there is a ubiquitous word for communing with it: friluftsliv, aka "open-air living." The concept is so popular that NRK, the nation's largest TV network, found a way for Norwegians to enjoy it indoors.

In 2011, the network placed a camera on the front of a boat called the MS Nordnorge and ran live footage for 134 hours of nothing but nature, quietly passing by. Half of the country tuned in.

The love for nature and skiing has given rise to some 1,000 ski clubs. Informal and low budget, many of them are driven by volunteers and overseen by parents. But they give the sport a vast and fertile grass-roots base.

At this Olympics, one of Norway's breakout stars has been 21-year-old Johannes Klaebo, who emerged from Byasen Idrettslag, a club in the city of Trondheim, and won three cross-country gold medals. Nobody had heard of him a year and a half ago.

"He could have been a great soccer player, he could have been great at any sport he chose," said Aukland, the sports commentator for NRK. "He chose cross-country skiing because it's the most popular."

Which is why, at the highest levels, the sport has sponsors like banks, oil companies and insurers. These deep-pocketed benefactors help fund research and development as well as expensive equipment. This includes a two-story, 1,100-square-foot waxing truck with a state-of-the art ventilation system. It cost $1 million.

The combination of tradition, training and support is nearly impossible for other countries to match, which is why, here in Pyeongchang, when other countries won, Norwegian athletes occasionally sounded relieved to give up at least some of the spotlight. Marit Bjorgen became the winningest athlete in Winter Olympics history when she nabbed her 14th medal at the team sprint race. She took bronze. Gold went to the United States and silver to Sweden.

In an interview after the race, Bjorgen seemed sincerely pleased with the outcome.

"Of course we were fighting for gold," she said. "But it's great to see the U.S. on the podium. It's important for the sport."