Lindsey Vonn will retire after world championships, says her knees are ‘broken beyond repair’ 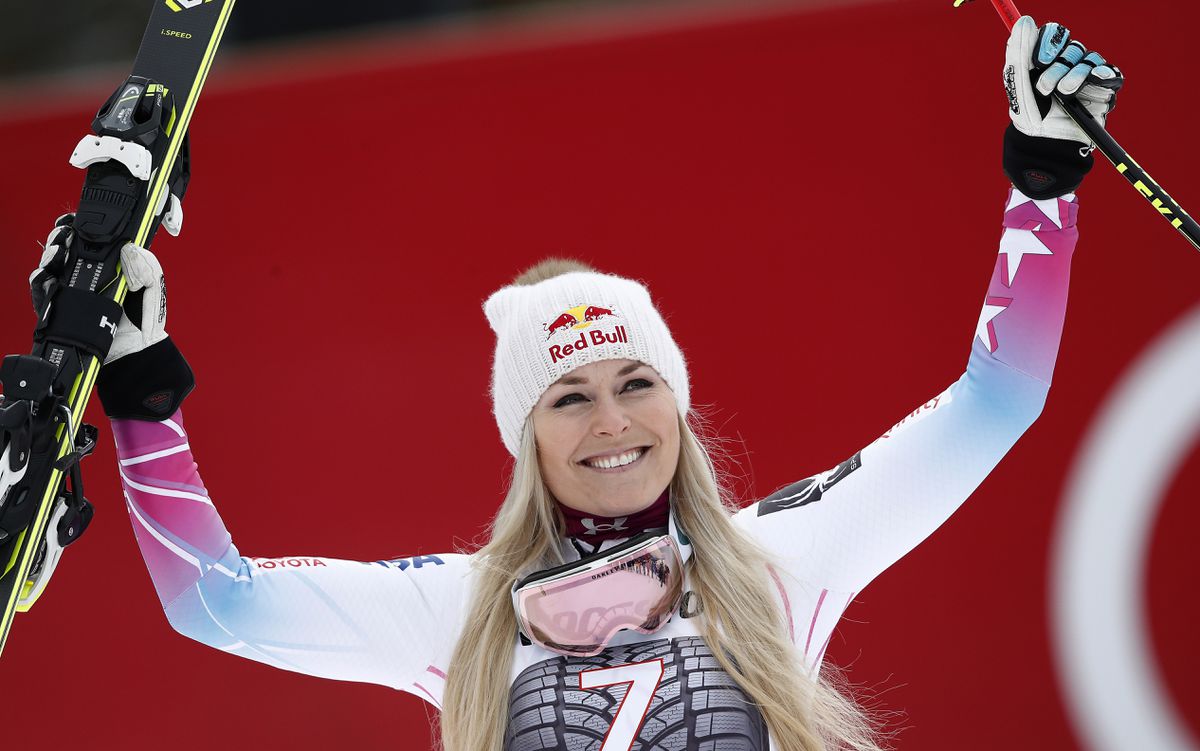 The women’s all-time leader in World Cup wins announced on Friday she will retire from ski racing after this month’s world championships in Sweden.

The 34-year-old Vonn had been planning to retire in December but changed her plans because of persistent pain in both of her knees, which she fully realized after failing to finish a race in Cortina d'Ampezzo, Italy, last month

"It's been an emotional 2 weeks making the hardest decision of my life, but I have accepted that I cannot continue ski racing," Vonn wrote on Instagram . "I will compete at the World Championships in Downhill and SG (super-G) next week in Are, Sweden and they will be the final races of my career."

The worlds open with the women's super-G on Tuesday in the Swedish resort of Are. The women's downhill is scheduled for Feb. 10.

Vonn's right knee is permanently damaged from previous crashes. The American has also torn ACLs, suffered fractures near her left knee, broken her ankle, sliced her right thumb, had a concussion and more. She's limited to about three runs per day, and her aching body can't handle the workload of other skiers.

"My body is broken beyond repair and it isn't letting me have the final season I dreamed of," Vonn said. "My body is screaming at me to STOP and it's time for me to listen."

With 82 World Cup wins, Vonn will not be able to match the overall record of 86 by Swedish great Ingemar Stenmark. And she won't be able to compete against male skiers, which had been her stated goal for years.

"Honestly, retiring isn't what upsets me. Retiring without reaching my goal is what will stay with me forever," Vonn said. "However, I can look back at 82 World Cup wins, 20 World Cup titles, 3 Olympic medals, 7 World Championship medals and say that I have accomplished something that no other woman in HISTORY has ever done, and that is something that I will be proud of FOREVER!"

Tiger Shaw, the president and CEO of U.S. Ski and Snowboard, wrote on Twitter that Vonn "will be celebrated as not only the greatest US female skier of all time, but as an athlete who has inspired people around the world, both in and out of the sport of ski racing, for many years."

U.S. coach Paul Kristofic said Vonn should be remembered for the way she bounced back from so many injuries and kept winning.

"That never-give-up attitude is something that everyone can take away from," Kristofic told The Associated Press. "She has created that character and lived it. Those are life lessons that everybody can take. Give it your all and never give up. That's a very strong legacy.

"It's been a real honor to be able to spend some time with her on the hill and help her through a few things."

In her announcement, Vonn made public for the first time that she had yet another surgery on her right knee following last season.

"A large portion of cartilage that had delaminated from my bone was removed," Vonn said, without specifying which bone. "My crash in Lake Louise last year was much more painful than I let on, but I continued to race because I wanted to win a medal in the Olympics for my late grandfather."

Vonn achieved that goal by winning a bronze medal in downhill at the Pyeongchang Games.

But then she crashed again during training in Copper Mountain, Colorado, in November, and tore the lateral collateral ligament and sustained three fractures in her left knee.

"Despite extensive therapy, training and a knee brace, I am not able make the turns necessary to compete the way I know I can," Vonn said.

She won her first two major championship medals — two silvers — at the 2007 worlds in Are. Vonn has also won seven World Cup races at the Swedish resort, including two giant slaloms, and has 12 podiums overall there.

At last season's World Cup Finals in Are, Vonn won the downhill and finished third in the super-G.

So broken knees and all, nobody will be counting Vonn out as a contender in her final races.

"Can't wait to see some of you in the finish in Are," she said, "where I will give it my all one last time."

Added Kristofic, "She is going to give ... the maximum of what her capacity is right now. And that can be a very strong performance, too."