Final Four set, with Michigan State vs. Texas Tech and Virginia vs. Auburn 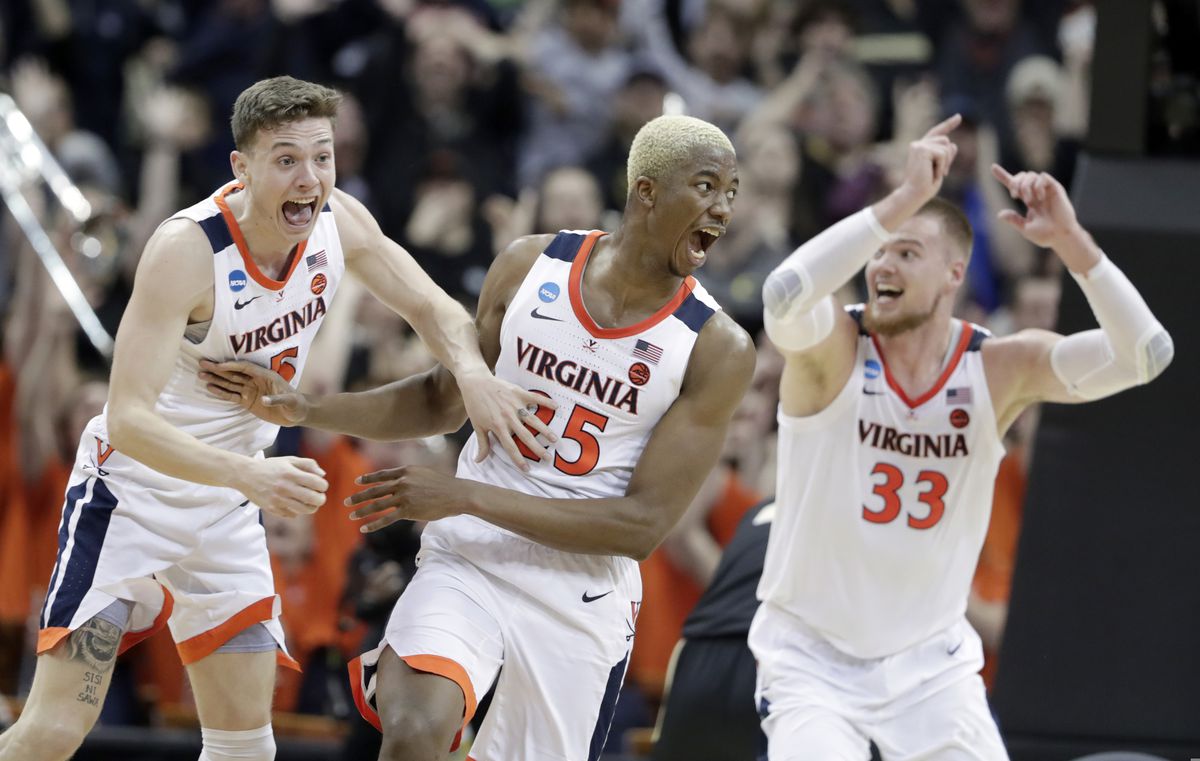 The men’s Final Four is set, with No. 5 seed Auburn and No. 2 seed Michigan State winning Sunday to join No. 3 seed Texas Tech and No. 1 seed Virginia next weekend in Minneapolis. Here are six takeaways to get you ready for the final three games of the season.

- There will be vastly different levels of Final Four pedigree in Minneapolis. Virginia has played in the Final Four twice, in 1981 and 1984. Texas Tech and Auburn haven’t been there before, and none of the coaches from those three schools has been to the national semifinal round before. Meanwhile, Michigan State will be playing in its 10th Final Four in school history.

- The lack of upsets in the early rounds of this year’s tournament might have made for a sleepy first weekend, but that was long forgotten after a fabulous, heart-stopping Elite Eight. There were 12 lead changes in Texas Tech’s win over Gonzaga, in which neither team led by more than six until the final minute. Virginia was on the ropes in the final seconds against Purdue, until a missed free throw led to a game-tying Mamadi Diakite jumper and overtime. Auburn trailed by double digits in the first half against Kentucky on Sunday, but it was able to force overtime before getting a win.

- Does defense win championships? This weekend will provide the latest referendum. Through March 24, Virginia and Texas Tech ranked first and third in the country in scoring defense, respectively. Texas Tech, Michigan State and Virginia are all in the top five nationally in field-goal-percentage defense.

- There will be a dearth of elite talent in Minneapolis. From ESPN’s latest list of the top 20 NBA draft prospects, two will participate in the Final Four: Virginia’s DeAndre Hunter (5) and Texas Tech’s Jarrett Culver (6).

- Auburn’s free-wheeling style stood out all season, and it should again this week. The high-scoring Tigers are third in the country in 3-pointers per game and have already made 49 in their first four NCAA Tournament games. None of the other Final Four teams rank in the top 100 in that category; Texas Tech is 232nd.

- Missing the Madness? It shouldn’t be all that unexpected that the final four teams standing are top-ranking seeds. Since 1985, a No. 1 seed has reached the national championship game 32 times. In that span, only U-Conn. as a No. 7 seed has won a national title as lower than a four-seed, while top seeds have won 21 times, two-seeds five times and three-seeds four times.

All times are in Alaska Daylight Time. All games are at U.S. Bank Stadium in Minneapolis.