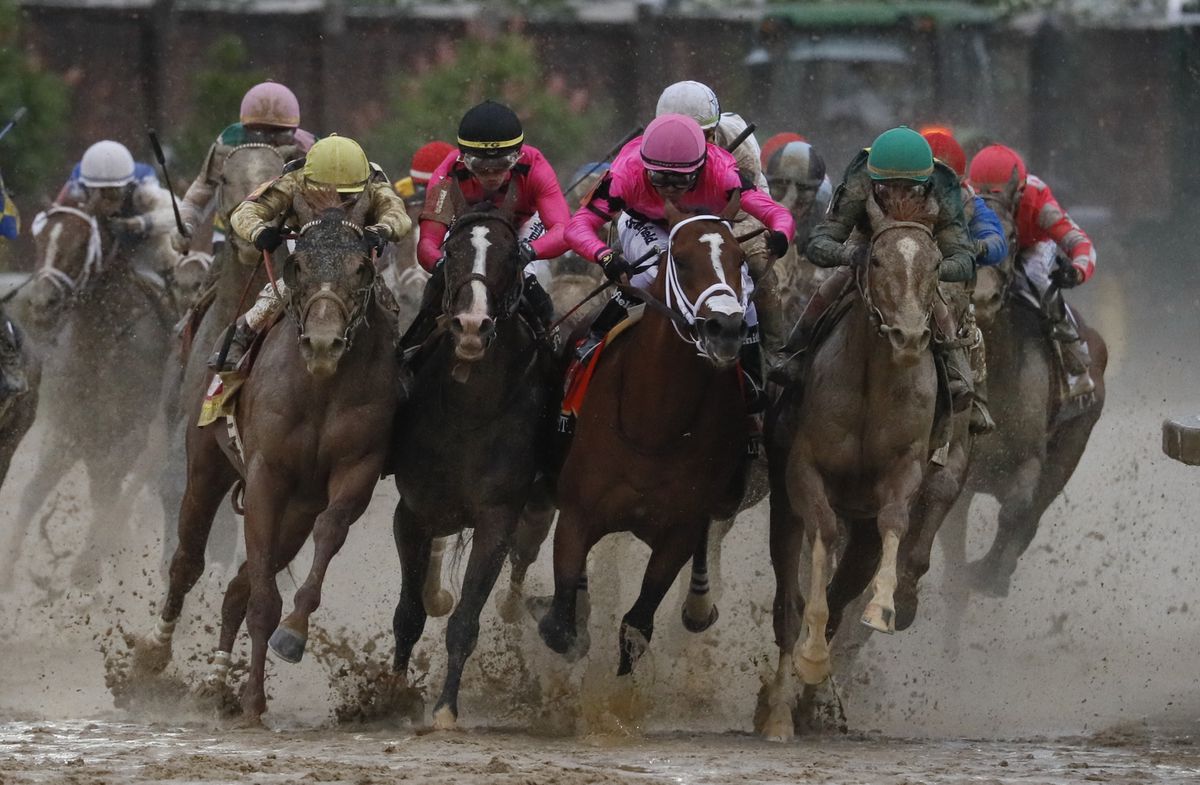 Maximum Security owner Gary West said Monday that the horse will not run in the Preakness Stakes on May 18 after having his Kentucky Derby win stripped following a lengthy video review by the stewards at Churchill Downs.

"No, we're not going to run in the Preakness," West said on the "Today" show. "There's no Triple Crown on the line for us and there's no reason to run a horse back in two weeks when you don't have to."

"We are going to file an appeal today with the state racing commission," West told "Today" hosts Savannah Guthrie and Craig Melvin. "Right after the race, I had the trainer call the stewards and very nicely ask them if they would be willing to visit with us after the races were over. We said, 'We'll stay here till 11, 12 o'clock at night, whatever you want, and they said, 'Absolutely not. We won't be showing the films until Thursday.' So we didn't really have any alternative legally, other than the appeal has to be filed within 48 hours, so we'll be filing that today."

The stewards "looked at what the whole rest of the world looked at and they didn't file a steward's inquiry," West said.

He seemed to indicate that if unsatisfied with that appeal, he might go further. Legal action over a Derby result does have precedent in the sport, with the 1968 Derby, when Dancer's Image owner Peter Fuller contested his apparent winner's disqualification after a urinalysis revealed a drug prohibited in Kentucky. That legal argument continued until 1972, when all chances to appeal finally ceased and Forward Pass, who had run second on the track, remained the winner until today.

"Well, if obviously you can't appeal it to the stewards who made the decision, if the state racing commission refuses to hear about it, I think this is something that's big enough, that the entire racing world is looking at this, and I think they deserve an opportunity to really know what was going on," West said on "Today." "I was a bit shocked and surprised that the stewards wrote a statement that was probably prepared by their lawyers and refused, literally refused, to take a single question from the media. So they've been about as nontransparent about this whole thing as anything I've ever seen in my life."

Maximum Security led the Kentucky Derby wire-to-wire, but two jockeys appealed the race after claiming that the winning horse had veered from his path, impeding the progress of War of Will, who then affected Long Range Toddy and Bodexpress. After a 22-minute review, the stewards agreed and disqualified Maximum Security, elevating second-place Country House into the winner's circle.

West said that he "obviously saw the horse move out" but said such things happen in a race with such a big field, calling Churchill Downs "a greedy organization" for allowing such an unwieldy number.

"I think they ought to have 14 like every other race," he said Monday.

West and his wife, Mary, are billionaires, their money coming from telemarketing and customer-relations businesses. Their attempts at Kentucky Derby glory haven’t been as successful, however. In 1993, Rockamundo went off at 10-1 but finished 17th, and entries in 2001 and 2005 finished no better than 15th. In 2002, Buddha won the Wood Memorial and was co-second choice on the Kentucky Derby morning line but was scratched the day before the race because of lameness in his left leg.