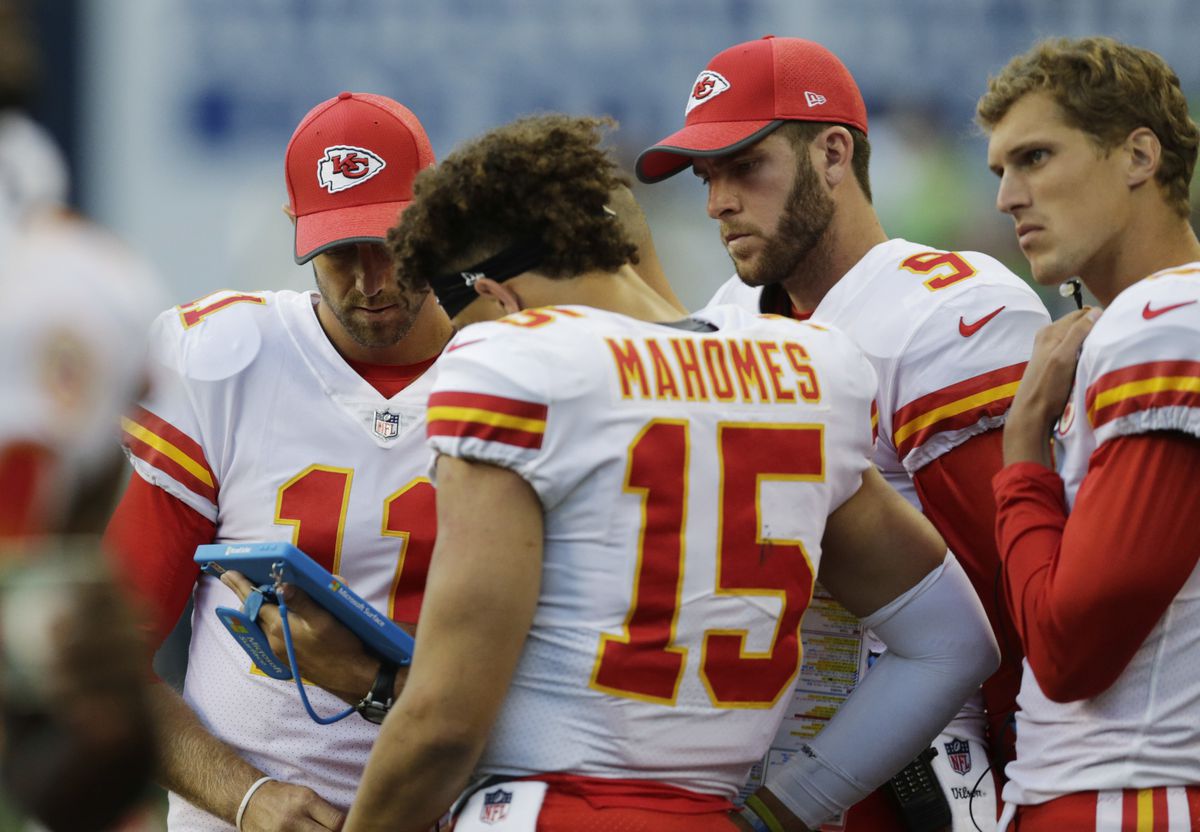 Joe Banner wasn’t expecting the phone call, but it didn’t surprise him. The former NFL executive sensed the current NFL head coach on the other end of the line, an old-school guy, needed a confidant outside his organization. The coach had spent his life around the game, knew it as well as anyone, but now it was being transformed by numbers he didn’t understand. So, the coach asked, what should he know about analytics?

Banner, an advocate and early adopter of advanced football statistics, understood why coaches feared them. It felt like a threat to their decision-making power. But he explained to the coach that they were basically advanced versions of the "tendency reports" he had been receiving from assistant coaches, who would scout opponents to determine how they approached every game situation, for years.

"Analytics are sophisticated, accurate and quality information," Banner said. "There should be no coach afraid of that."

The phone conversation, in a small way, symbolizes a broader shift in the NFL over the last decade. The sort of advanced statistics responsible for reshaping baseball and basketball have finally reached the football mainstream. The idea of data in the NFL is not new - Banner established the league's first known analytics department with the Philadelphia Eagles in the mid-1990s - but the way teams are using it is. Information once primarily used by front offices has trickled down to coaching staffs, and they're weaponizing it play by play.

Matt Manocherian, a former NFL scout and current vice president of football and research at Sports Info Solutions, compared the league's implementation of analytics to a cartoon character running.

"You have the numbers, your legs are accelerating in the air," he said, "but you don't actually start moving fast until a couple seconds later."

That's how this year became a watershed season for the NFL's analytics movement. It's not just that the Baltimore Ravens and San Francisco 49ers, known for having two of the league's more advanced analytics operations, secured the top playoff seeds in their respective conferences, or that teams leaguewide leaned into strategies like going for it more often on fourth down.

It also included some of the NFL's most ardent traditionalists, who either resisted or outright mocked analytics, starting to embrace them. This offseason alone, New York Giants GM Dave Gettleman, who once pantomimed an analytics person typing on a keyboard, said he hired "computer folks" to modernize his scouting department. New Dallas Cowboys coach Mike McCarthy, considered to have become outdated in his final seasons with the Green Bay Packers, spent his season off creating a plan for an entire football technology department.

It's difficult for even industry insiders to determine the true origins of this breakthrough season, because the NFL treats competitive advantages like state secrets. But it's been building for at least 20 years, since Banner started the Eagles analytics department and contracted MIT students for studies. They questioned basic tenets of the game, like what makes a team good at drafting players? (Seemingly nothing - it's a 50-50 proposition no matter the quantity or quality of scouts and the relative position of draft picks.) Or, why prioritize running when passing yielded more yards per play? (No good reason, particularly on first down, as the graphic below shows.)

This jump reflected a subset of fans dissatisfied with the sport's standard statistics. Neil Hornsby, a football fan from England, decided to delve deeper and founded Pro Football Focus, one of the first advanced football statistics companies. PFF now has contracts to provide data for every NFL team, and their game-charting includes major college football in addition to the pros.

The universe of NFL data expanded gradually in the public eye with sites like Football Outsiders and STATS LLC. Franchises savvy enough to seek out proprietary information gained an edge, like when the New Orleans Saints piloted a player-tracking platform during their run to the 2010 Super Bowl. Yet most progress was slow to catch on.

Data providers discovered how difficult it was to convince some teams that what they had was useful. The inventor of the Saints' system, John Pollard, later presented his process to "a number" of curious teams, and he found some were not even aware of the information already available. This all spoke to what Banner learned when he first started with the Eagles.

"Football is very, very much driven by conventional wisdom," Banner said. "Most industries are this way. But in football, it's true to an extreme degree."

The moment that inspired many more teams to implement analytics into their on-field decisions, experts said, was the 2018 Super Bowl. The Eagles captured their first title in part because they were aggressive on fourth down. Other teams realized they might be left behind if they didn’t act, so they flocked to PFF, Zebra Technologies (which collects game-day data) and other analytics companies. Services like Sports Info Solutions developed holistic metrics aimed at quantifying a player’s production into one number, like baseball’s wins above replacement metric.

The NFL itself devised a service called Next-Gen Stats, and during the 2018 season, they started providing every franchise with advanced, leaguewide data. The numbers were no longer just cosmetic, like a player's speed. They could be leveraged in games, like how to tire an opposing defensive tackle with play-calling, or how tight a window your quarterback was comfortable throwing into, or which receiver gained the most separation on which routes in which situations.

"Teams get the raw, individual, player-level tracking data for every player on and off the field," said Michael Lopez, director of data and analytics for the NFL. "Their speed, acceleration, direction and orientation are all captured. That is much more refined than anything that is available to the public. A lot of these things are what scouts and front office personnel have always looked at, but now you are able to answer questions with data rather than just watching film."

The smartest teams, Pollard said, use data in concert with traditional scouting, formulating a theory with one source and vetting it with the other.

"It's a hand-and-glove relationship," said Pollard, now vice president of Zebra Technologies. "Film is always a part of it . . . but to ignore the power of the information and data available would be for time to pass you by."

If last season was a test run, this year was the in-game data revolution at full-speed. Teams tried more fourth-down conversions than ever (595). The Ravens attempted two-point conversions after every touchdown against the Kansas City Chiefs to maximize their potential points against an offense led by reigning MVP quarterback Patrick Mahomes.

The Green Bay Packers flipped a traditionally conservative situation, 2nd-and-short, by passing 42% of the time - and gained more yards on average as a result. According to Derek Horstmeyer, associate professor at George Mason University School of Business, this is an area in which teams have been far too cautious, giving away the opportunity to gain a chunk of yardage downfield, knowing they have one more chance to move the chains if they fail.

"They played the most risk-averse football they could," Horstmeyer said. "Not only do NFL coaches run it more often than they should, they are incredibly boring in their choice of run. They run it up the middle more than any other play out there."

In some cases, coaches, once the vanguard of tradition, seemed to slingshot ahead of the average fan. The shift was most evident in Week 11, when the Detroit Lions trailed the Cowboys by 14 points, scored a touchdown and tried a two-point conversion. That had happened twice between 2000 and 2017 - one of which was in a snowstorm - but this was the fifth instance in the past two seasons alone. Fans howled. The Lions failed. Yet it was a decision analytics supported, because it offered a slightly higher win probability (converting the two-point play gives a team the chance to then take the lead with a touchdown and extra point if it scores again, while failure still gives the team the chance to tie with a subsequent touchdown and two-point conversion). It also telegraphed an important point.

Experts attribute football's conservative core to its unique ability to magnify small situations. There are 16 regular season games, each crucial, and any mistake can blow up. This makes coaches risk-averse, Banner said, because they are the face of each decision. That they are now increasingly trusting analytics over gut instinct or past conventional wisdom shows the true cultural shift. It also is representative of the infrastructure in place to support those decisions, most notably through in-house analytic staffs.

The vital lesson of analytics is not to obey the numbers no matter what, experts said. No one decision can guarantee a win, and the key is a balance between what the data says and how a coach feels.

"There's a misnomer out there that the more people teams employ, the better the team is in terms of utilization," he said. "That's not necessarily true. It's synergy, communication and collaboration."

A season of analytics breakthroughs was not immune, however, to a postseason of analytics critics. After months of bringing these numbers into the mainstream, of forcing those who mocked or ignored them to reckon with them, the Ravens, who finished 14-2 in the regular season, lost their first playoff game. The Titans ended their season by using the type of run-heavy offensive attack that has been devalued by analytics, and with a pair of fourth-down stops. Baltimore’s decisions to go for it twice on fourth-and-1 were supported by win probability rates, and the Ravens - who were 8-for-8 on fourth-and-1s during the season - had reason to feel confident.

Yet several skeptics took to Twitter to cite the Ravens' loss as an example of the problem with trusting analytics too heavily, particularly in a single-elimination game scenario.

"One game doesn't set [the movement] back," Manocherian said of the Ravens loss. He believed that reaction belies a fundamental misunderstanding of analytics. It's a series of probabilities, not certainties. "This just happens sometimes," he added.

The situation reminded Banner of watching the Minnesota Vikings throw an end zone fade pass to tight end Kyle Rudolph in the first round of the playoffs. It was overtime against the New Orleans Saints, and the Vikings season rested on one of the sport's lowest-percentage passes. Banner has spent his whole career fighting plays like this, but in the moment, he didn't think it was a bad call. He respected that the coach had trusted his gut. He watched as Rudolph plucked the ball out of the air to deliver a Minnesota victory.