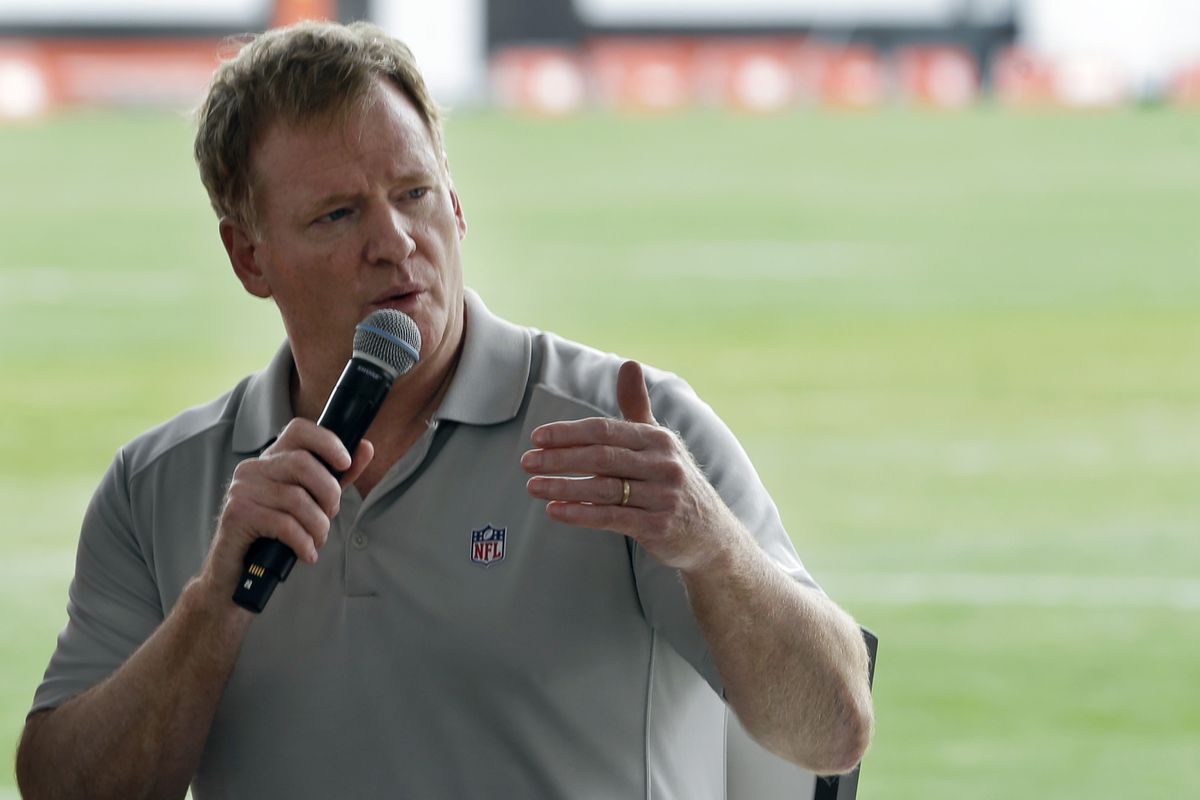 National Football League Commissioner Roger Goodell on Friday admitted the league had been wrong to ignore players who spoke out against police brutality and encouraged peaceful protest, a remarkable reversal cast against the league's recent exile of quarterback Colin Kaepernick that provided another signpost of the rapidly evolving national discourse on race and policing.

The NFL has grappled with the issue of protest since Kaepernick first sat, then knelt during the national anthem in protest of police brutality in 2016. President Donald Trump turned the kneeling by Kaepernick and others into a political bludgeon when he called them "sons of bitches" at a 2017 rally, turning the protests into a debate over patriotism and respecting the flag rather than police reform or systemic racism.

In the wake of the killing of George Floyd, an unarmed black man, at the hands of a Minneapolis police officer, the country has been convulsed by protests of the issue Kaepernick raised. Many protesters - and some police officers expressing sympathy with them - have invoked Kaepernick by taking a knee. Goodell, the voice of a league with seven owners who donated at least $1 million to Trump's inaugural committee, also condemned "the systematic oppression of black people."

Made in an 81-second video released by the NFL, Goodell’s comments came a day after a group of superstar black players pressured the NFL to strengthen its previous statement in response to widespread protests against police brutality.

The controversy over player protests during the anthem was reignited this week with comments by New Orleans Saints quarterback Drew Brees. President Trump said earlier Friday that Brees should not have apologized for saying he opposes players protesting during the anthem, calling such protests disrespectful to the flag and country.

Brees responded Friday night with an open letter to Trump on his Instagram account explaining why he had experienced an about-face in the past two days in how he viewed protests during the anthem.

"Through my ongoing conversations with friends, teammates, and leaders in the black community, I realize this is not an issue about the American flag," Brees said. "It has never been. We can no longer use the flag to turn people away or distract them from the real issues that face our black communities."

The rhetoric from both Brees and the NFL serves as a cultural bellwether. Former NFL Players Association president Domonique Foxworth said the comments did not shock him after a wave of corporations and businesses have released statements regarding the protests. But he still found them significant for how they represented a societal shift.

Goodell spoke after a group of prominent players - including Super Bowl MVP Patrick Mahomes and New York Giants running back Saquon Barkley - released a video Thursday, calling for the league to express much of what Goodell expressed Friday. Foxworth said the NFL's change was evidence of the players' collective power, but more so it revealed the NFL as a societal bellwether.

"I think it's just the public," he said. "The public has created this change, and the players are riding this wave, and the league has responded to the wave. I guess you could talk about Kaepernick as the one who started it in some ways. But what's happening right now is all about what's happening across the world, which is bananas to see these type of Black Lives Matters protests in Europe and elsewhere. That's where the power is coming from. We're all just responding to it."

After Trump's comments in 2017, the NFL saw its ratings fall, and polls showed many fans stopped watching. Former NFL spokesman Joe Lockhart penned an essay for CNN this week calling owners' choice not to sign Kaepernick a "business decision." That history made Goodell's comments Friday notable.

"I personally protest with you and want to be part of the much-needed change in this country," Goodell said. "Without black players, there would be no National Football League. And the protests around the country are emblematic of the centuries of silence, inequality and oppression of black players, coaches, fans and staff. We are listening. I am listening. And I will be reaching out to players who have raised their voices and others on how we can improve and go forward for a better and more united NFL family."

According to a person familiar with the situation, a member of the league office's social media team was aware the video was being made after being contacted by one of the players.

Kaepernick settled a collusion grievance that he filed accusing the league and franchise owners of conspiring to keep him out the NFL. Goodell said repeatedly that teams made their own decisions about whether to sign Kaepernick. Attempts by the league to stage a tryout for Kaepernick in front of a large number of teams last year unraveled over disagreements about the terms of the tryout, and Kaepernick instead held his own workout at an Atlanta-area high school.

The league's statement Friday left some calling for Goodell to go further and apologize, or at least acknowledge, Kaepernick.

The NFL and owners reached a deal with a group of players on a social justice initiative in the aftermath of the controversy in 2017.

Fans' attention on the NFL's anthem policy gradually waned as fewer players protested and Trump mostly abandoned the topic. The owners and league discarded a modified anthem policy to which they had agreed in May 2018. That policy gave players the option to remain in the locker room for the anthem and empowered the league to fine a team for any protest by a player during the anthem but left it up to the team to decide whether to discipline a player for a protest. It was shelved after the NFL Players Association filed a grievance and contemplated litigation and following a report that the Miami Dolphins were leaving open the possibility of suspending a player for conduct detrimental to the team for a protest.

For some, Goodell's admission felt bittersweet, offering both progress and a reminder that the protests of Kaepernick and other players fell on unreceptive ears. Linebacker Brandon Marshall, a college teammate of Kaepernick's, was one of the first players to kneel after Kaepernick. He said the outpouring across the country has validated him, but it came only after the death of Floyd and so many others.

“I’m glad that people’s eyes are open at this point in time,” Marshall said this week. “I don’t want to live in the past, but I do wish it was taken more seriously.”