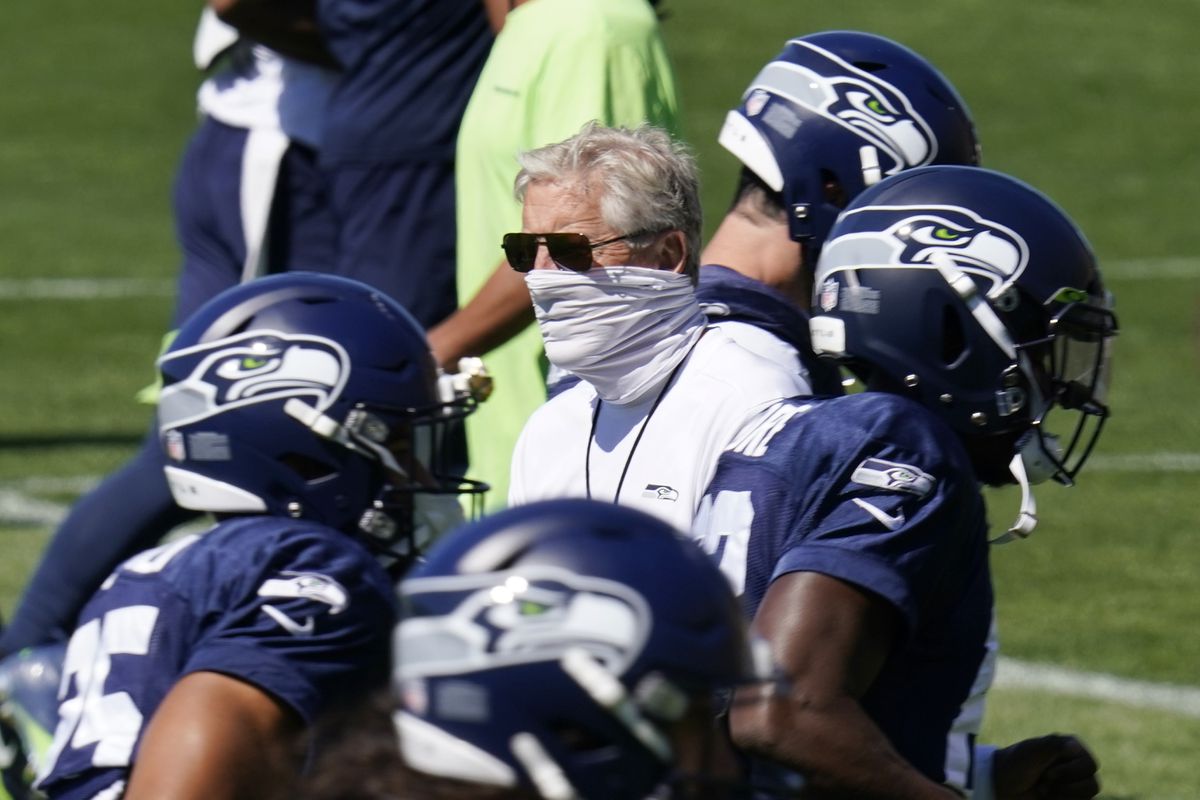 When the Seattle Seahawks canceled practice Saturday in the wake of the shooting of Jacob Blake by police, Coach Pete Carroll took center stage, delivering an impassioned talk in which he echoed NFL Commissioner Roger Goodell about the need to listen and called on coaches to “step up” as athletes lead the way in a time of racial reckoning.

“So, coaches, I’m calling on you,” Carroll said during a 14-minute Zoom news conference that followed a team meeting. “All coaches. Let’s step up. No more being quiet, no more being afraid to talk the topics, no more ‘I’m a little bit uncomfortable, I might lose my job over this because I’ve taken a stand here or there.’ Screw it.

“We can’t do that anymore. Maybe if we do, we can be a leadership group that stands out, and maybe others will follow us. But it’s not just for coaches. I just know that I might have a better ear listening to me when I’m talking to coaches. It’s about education. It really is. Education. It’s not about education in the book so much anymore. We all know the history was screwed up. We all know that. It’s we have to learn really what’s going on so we can feel our people, so that we can respond. We know all the issues that we need to address. Okay, so what do we do about it? How do we act on it? How do we help? Can you imagine how long Black people have hung together with the faith and the hope that something’s going to change? It’s going to be better?”

Violence flared in Kenosha, Wis., after Blake was shot Aug. 23 and athletes have continued to use their platform to fight against racial injustice and police brutality.

“This has been a process of truth-telling and reality checks that just brings me to a point where, as we’re speaking about all that’s going on - and this is about racism in America - White people don’t know. They don’t know enough,” Carroll said.

“They need to be coached up and they need to be educated about what the heck is going on in the world. Black people can’t scream anymore, they can’t march any more, they can’t bear their souls anymore to what they’ve lived with for hundreds of years because White guys came over from Europe and started a new country with a great idea and great ideals and wrote down great writings and laws and all of that about democracy and freedom and equality for all.

“And then that’s not what happened, because we went down this road here and followed economics - rich White guys making money - and they put together a system of slavery, and we’ve never left it, really. It has never gone away. And the really amazing thing that I’ve learned is Black people know the truth. They know exactly what’s going on. It’s White people that don’t know. And it’s not that they’re not telling us. They’ve been telling us the stories and we know what’s right and what’s wrong, we just have not been open to listen to it. "

Because, Carroll said, White people haven’t listened, “We’ve been unwilling to, to accept the real history. We’ve been taught a false history of what happened in this country. We’ve been basing things on false premises. And it has not been about equality for all. It has not been about freedom for all. Not been opportunity for all. And it needs to be because this is a humanity issue that we’re dealing with. This is a White people’s issue to get over it and learn what’s going on and to figure it out and start loving everybody that is part of our country, and that wants to come to our country wherever they want to come from.”

Seahawks safety Jamal Adams thanked Carroll for his comments and for “really hearing us as Black athletes.”

“This is a special place, like I’ve said before, where everyone’s willing to learn and understand that wrong is wrong, and right is right,” Adams tweeted Saturday. Quarterback Russell Wilson said in a radio interview Friday that the Seahawks would have chosen not to play if a game had been scheduled last week, just as other pro athletes did.

“There’s no question what’s happened,” said Carroll, who did not take reporters’ questions. “They’re living scared to death. And it never was OK; just now that we see so vividly what’s going on, we have to get it stopped now. I hope somebody’s listening, because we have to create the change and we’ve got to be the change to get that done. Coaches, let’s let us be the ones. Lead in your communities. We’re in communities everywhere across this country, we’re all over the place in all the different sports. Hear me. Let’s go. Let’s get this done.”