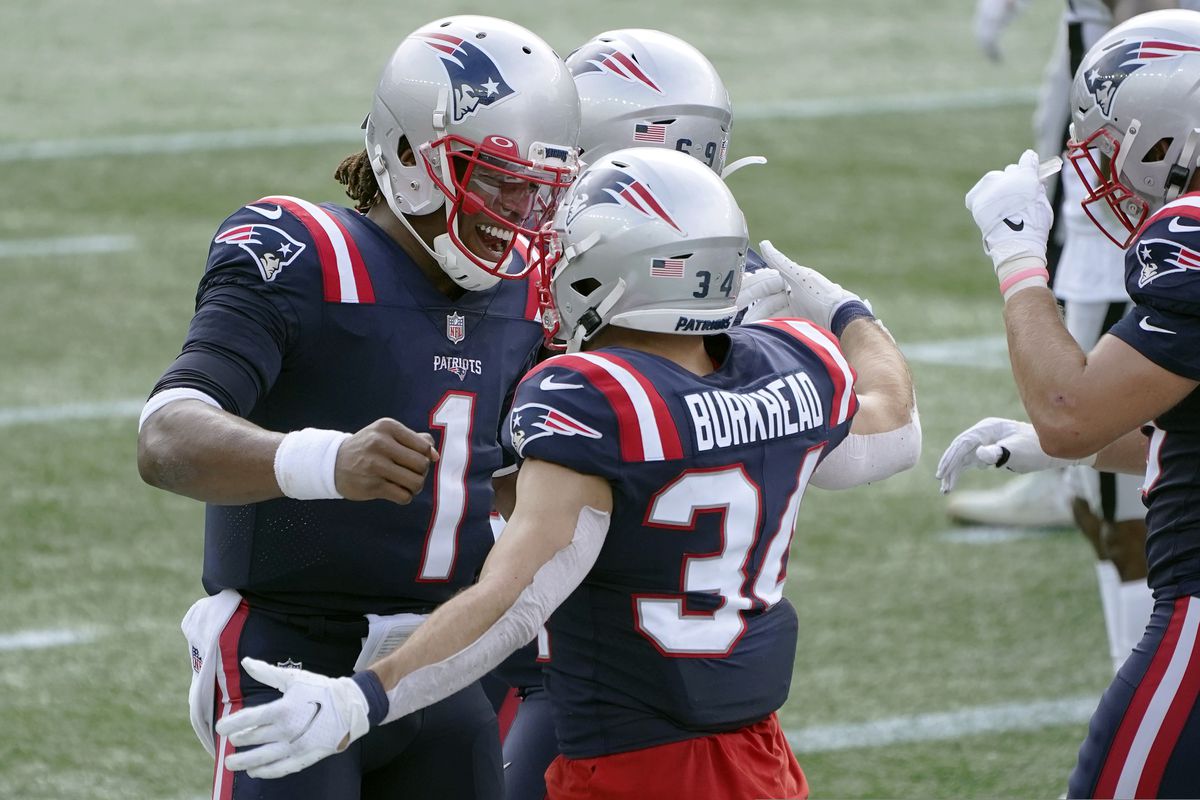 The NFL said Saturday that the game, originally scheduled for 4:25 p.m. EDT on Sunday, will be played Monday or Tuesday, a move that would be possible only if there is no wider spread of the disease on the rosters.

Newton has started all three games for New England. Ta’amu has not appeared in a game but would have spent time in meetings with Super Bowl MVP Pat Mahomes and the team’s other QBs.

Newton’s agent did not immediately respond to a message from The Associated Press seeking comment.

It is the second game this weekend that has been affected by COVID-19. After an outbreak on the Titans, the matchup between Pittsburgh and Tennessee was postponed — originally for a day or two, and then until Oct. 25 as the positive tests accumulated.

To fit it in, the Steelers' game against Baltimore that day was pushed back to Nov. 1.

The Patriots had been planning to fly to Kansas City on Saturday afternoon. Instead, players left the facility to await further instructions. The team said in a statement that the COVID-positive player has entered self-quarantine and that players, coaches and staff who were in close contact with him were tested Saturday morning and all were negative.

With Newton now unavailable while he quarantines, Brian Hoyer is expected to start in his place. He has been Newton’s backup in each of the Patriots' previous three games.

How long Newton is sidelined is to be determined.

According to NFL guidelines, for players who test positive and are showing symptoms at least 10 days must pass between when symptoms first occurred and 72 hours since symptoms last occurred. In that scenario a player would likely miss a minimum of two games.

But if a player tests positive and is asymptomatic, he can return 10 days after the initial positive test or just five days if he has two consecutive negative tests.

Earlier this week, Patriots defensive back Devin McCourty said the league might have grown overconfident after making it through training camps and the first two weeks of the season without a major outbreak.

“But at the end of the day, we are in a pandemic,” he said. "So what happened in Tennessee, although it kind of shocks us, it’s not really surprising. I think we all knew at some point we might get some positive tests.

“So it’s like, ‘We got this,’” he said. “I think this is just a little shocker, but it’s also a wakeup call, like ‘Hey, the virus is still here and it will affect any and everybody. It doesn’t care that we’re trying to play football.’”

If the game is played Tuesday night, it puts the Chiefs in a considerable bind. They are scheduled to play the Las Vegas Raiders the following Sunday, then have a Thursday night matchup in Buffalo four days later. That means the defending Super Bowl champions could face the prospect of playing three games in just nine days.

It’s also possible the NFL could reschedule the Bills-Chiefs game, giving Kansas City a bit of a reprieve.

“I honestly feel like us as an organization has done a great job. It’s holding each other accountable,” Chiefs quarterback Patrick Mahomes said this week of team’s effort to keep players healthy. “I mean, it’s something that can happen to anybody. You don’t look down on anybody that it’s happening to, but it’s kind of the way 2020 in the world has been.”

Mahomes praised Chiefs trainer Rick Burkholder, who was instrumental in helping the NFL develop its testing and protocol before the start of training camp, with creating an environment where players, coaches and staff felt safe.

“Rick and his staff and the whole organization has done a great job of keeping us socially distant, making us wear masks — even when people try to slip and not wear them, making sure that they’re wearing masks and we hold each other accountable,” Mahomes said. “Then you kind of accept what happens. I’m just going to make sure that we keep emphasizing that. Make sure that we continue to wear our masks, socially distance and try to prepare ourselves so that we’re not harming anyone else or ourselves.”