When a college cuts a sports program, lives are upended 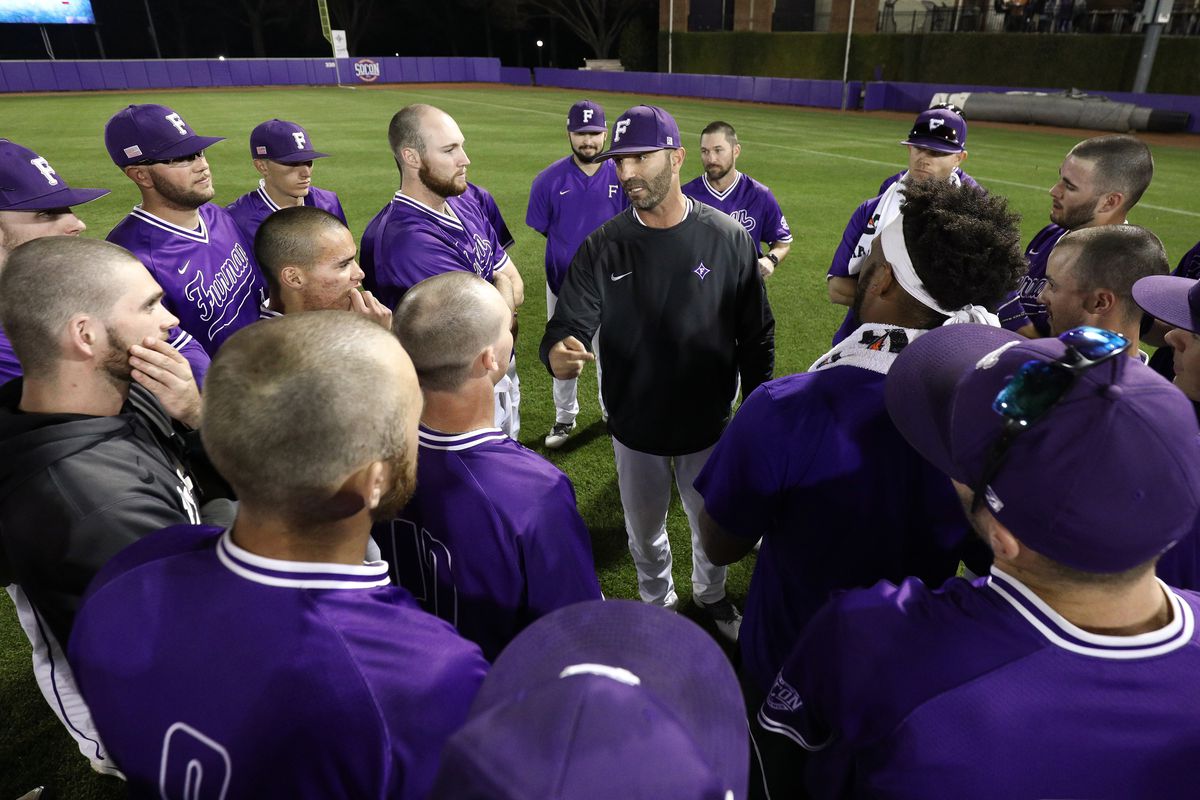 Throughout the past six months, college athletes across the country have logged on to video calls and watched their athletic directors appear on the screen. Then they hear that the administration decided to cut their team. The explanation hardly matters, because their minds spin into a whirlwind wondering what comes next.

A freshman track and field athlete cried on the bed in his dorm room. He felt angry and screamed. A baseball coach tried to explain the situation to his two young children before focusing his efforts on finding his players a home. Months later, he scrolls through Instagram and struggles with mixed emotions as he sees his players in their new uniforms.

The novel coronavirus pandemic has financially strained athletic departments. Schools didn’t receive their usual distribution from the NCAA after the men’s basketball tournament was canceled. They have lost revenue from student fees and donations. Most conferences are playing a shortened football season, with limited or no fan attendance, hurting yet another revenue stream. Many smaller schools are no longer receiving the payouts from nonconference matchups against Power Five programs. Schools have responded to these deficits by eliminating teams.

“As an Olympic sport at a Division I college, you always have this understanding in the back of your head that if something is going to be cut, it’s potentially going to be your sport,” said Dan Shuman, a former East Carolina swimmer. “It’s living in the shadow of the guillotine.”

If that day comes, as it recently has for hundreds of athletes, they are forced to transfer to a new school or give up their sport to stay on campus. Coaches lose their jobs and must move their families for the next one. This process repeats around the country, each time beginning with an emotional team meeting that leaves athletes scrambling to adjust.

In the spring, Trey Asensio and Ben Wendell gave themselves a tour of the University of Kentucky. Asensio and Wendell, now beginning their junior year there, earned starting roles last season at Cincinnati, but if they wanted to keep playing, they had to leave after the school dropped its soccer program in April. Transferring during a pandemic means no recruiting visits or in-person meetings. But they were pleased with what they saw - “specifically how green it was,” Wendell said.

Asensio and Wendell, roommates since freshman year, leased an apartment on short notice and have found it helpful to go through this adjustment process together. Cincinnati practiced in the mornings before class, but Kentucky trains in the afternoons. Kentucky plays a more aggressive style, and practices are more intense.

They occasionally find themselves with nothing to add when listening to stories from past seasons, but they’ve continued growing closer to their new teammates. Practices began in August, and the Wildcats started their season last month. That has helped the most as they learn how their teammates play and develop relationships off the field. Every practice, Wendell said, is “a reminder of why I made this decision.”

Communication among the now-dispersed Cincinnati squad has dwindled as players adjust to their new lives. But Asensio and Wendell have stayed in touch with their two other roommates from last year - one who transferred to Albany and another who stayed at Cincinnati. Asensio’s team-issued Cincinnati apparel is in a box at his parents' house. He said he doesn’t want to be “the guy who hangs on to the past school,” but in the future, he’ll want to look back on his time in both places.

“Spending the first two months here really put into perspective how lucky we are,” Asensio said. “Because it could have ended for us - our career.”

Winter Osborne couldn’t compete last season. She tore ligaments on both sides of her ankle and needed surgery. But this summer, as she began training again, Osborne realized her gymnastics is still improving. Osborne’s team at the University of Alaska Anchorage has been on a similar trajectory, recently breaking program records.

But the school’s chancellor proposed several cost-saving cuts, which included discontinuing the gymnastics program after the 2020-21 season. The Board of Regents voted to cut the program - with the caveat it could reverse the decision if the team raises money to cover two years of operating expenses. Now, Osborne and her teammates have another mission for this season: They need $888,000 by February.

Osborne, a junior, has thought about her options if the program disappears. She feels as though she has more to give to the sport but said, “I can’t imagine right now doing gymnastics anywhere else other than Alaska.” She’s optimistic about the effort to save the program. So are her teammates and coach. They’ve launched a public campaign and brainstormed fundraisers, such as virtual clinics.

Brett Harker’s daughter, Emma, learned how to ride a bike in the Furman batting cages. During a phase when she loved Band-Aids, the players surprised her with a princess-themed lunchbox filled with them. That’s how Harker wanted to run the Furman baseball program: His two kids made team facilities their playground, and Harker welcomed the players into his home.

Harker, 36, was Furman’s head coach for four seasons before the school cut his program. Harker began his coaching career at a high school in his hometown of Greenville and then worked at two smaller colleges in South Carolina.

Furman’s players, who are now scattered across the country, would come to Harker’s home for meals and games. During the fall, Harker’s family hosted each class for a much-anticipated dinner. Freshmen ate tacos, and they worked up to the Harker family’s famous lasagna as seniors. Recently, 2-year-old Hudson asked if the Furman players, whom he calls the “purple boys,” could come by for dinner. He’s too young to understand what happened.

Harker loves baseball and feels this is the avenue through which he can affect the lives of young men. But he also loves his town, where both he and his wife grew up, and the next stop in Harker’s coaching career will almost certainly require leaving.

“This is where we were planning on spending the next 20 years,” Harker said. “Do you get out of baseball to live in the city you love, to be at your church, be with your friends and be with your family? Or do you uproot everything, try to invest somewhere else and find the next place for your family to build a program?”

After Chris Arias moved into his dorm at William & Mary in mid-August, he met the other freshmen who live on his hall - mostly fellow track athletes and some baseball players. Everything went well: Arias registered for classes, settled into the campus and began practices.

Arias, a javelin thrower, initially practiced with the sprinters because he is the only freshman thrower and upperclassmen hadn’t arrived. After a warmup before a hard workout, their coach said practice had been cut short for an urgent virtual meeting. Arias joined the call from his phone while walking home and heard the program would be cut after this season. He hadn’t even been through two weeks of practice.

Earning a degree from William & Mary is still an option, but so much of Arias’s college track career lies ahead. A decision such as this, Arias said, feels particularly unfair to the freshmen. He entered the transfer portal, considering schools where he could compete during the 2021-22 season and beyond.

“I just love everything about the school,” Arias said after living in Williamsburg, Va., for over a month. “But at the same time, I do want to compete.”

Stanford’s Home of Champions celebrates decades of athletic success. Stanford has historically touted the athletic department’s vast array of varsity programs. Athletes with ties to the school have won 270 Olympic medals, so Stanford’s decision to cut 11 programs alarmed those invested in Olympic sports.

Alexander Massialas’s fencing equipment is on display in the Home of Champions. Massialas won two medals at the 2016 Olympics, and after taking a year off to train, he returned for his final collegiate season. Massialas had a small athletic scholarship but primarily relied on financial aid, which he no longer received upon his return. When he asked if the athletic department could help, it didn’t.

“That’s where I felt this disconnect,” Massialas said, noting how much his school publicized his success but didn’t offer more support.

When Stanford cut fencing this summer, the decision prompted a similar dissonance. Massialas always felt like Stanford appreciated all its teams. Before this decision, Massialas thought the athletic department operated well, particularly from a values standpoint, he said.

“We still love the school,” Massialas said of the alumni advocating for the school to reinstate the programs. “We want them to make the right decision for its undergraduate population, for the students that are going to come in the next generation.”

In the days after one of these decisions, petitions and fundraising campaigns emerge. Current athletes channel their emotion into these efforts. Alumni, who still feel tied to the program, organize efforts to push back. They plead for their programs to be reinstated, usually to no avail.

Former East Carolina swimmers connected on Facebook just after the announcement and rallied to build their campaign. They asked for donations and pledges for the future. They disseminated the email addresses of university leaders. Shuman, who works in communications, filed public records requests so they could analyze the athletic department’s finances and conversations that may have led to the decision. Alumni poured evenings and weekends into this initiative.

“It’s worth the fight because of the experience we had,” said Lindsay Takkunen, another former swimmer.

They want an opportunity to find solutions, but these former swimmers said athletic department leaders haven’t engaged in conversations. Now four months since the announcement, they are focusing on long-term efforts. The program might not return this year, but they hope it will one day.

“We’re stuck,” Takkunen said. “So we just keep plugging away until we decide that’s it. But we’re still there now.”