Negro Leagues are now ‘major league’ in eyes of MLB, with its stats a part of official record 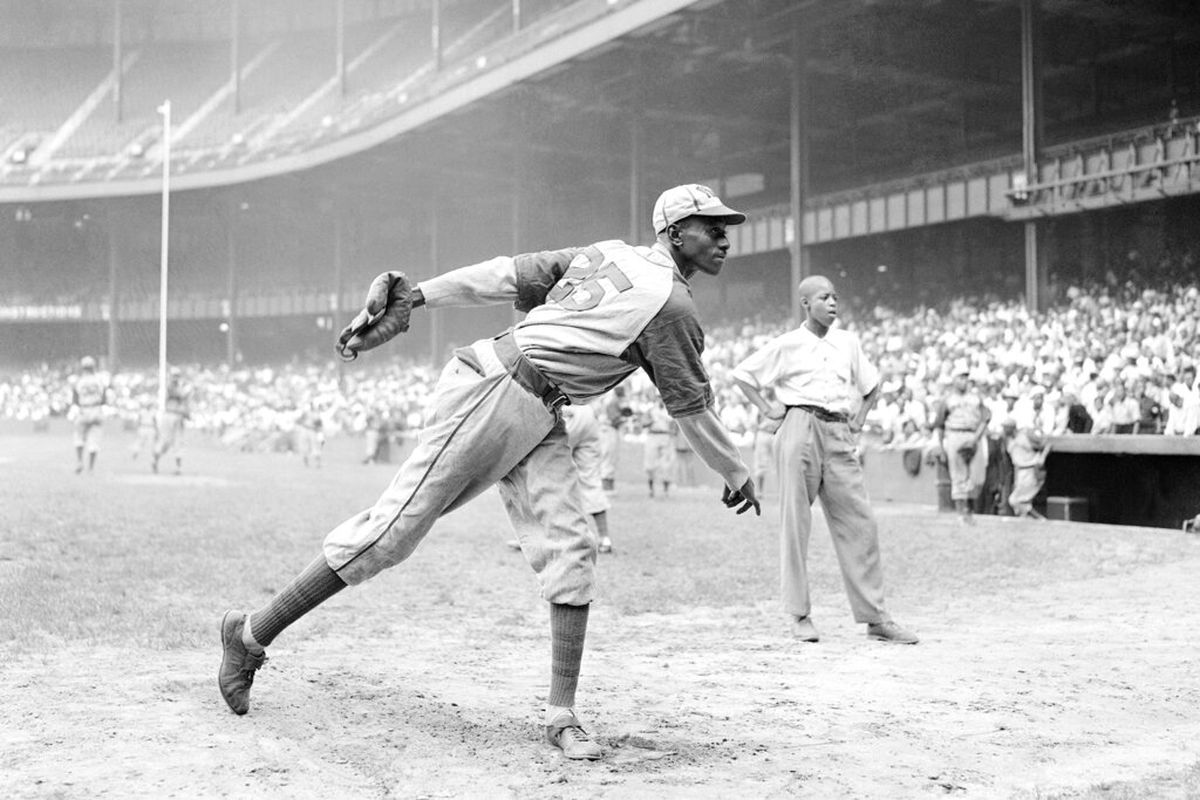 In this Aug. 2, 1942, photo, Kansas City Monarchs pitcher Leroy Satchel Paige warms up at New York's Yankee Stadium before a Negro League game between the Monarchs and the New York Cuban Stars. Major League Baseball has reclassified the Negro Leagues as a major league and will count the statistics and records of its 3,400 players as part of its history. (AP Photo/Matty Zimmerman, File)

In this Aug. 2, 1942, photo, Kansas City Monarchs pitcher Leroy Satchel Paige warms up at New York's Yankee Stadium before a Negro League game between the Monarchs and the New York Cuban Stars. Major League Baseball has reclassified the Negro Leagues as a major league and will count the statistics and records of its 3,400 players as part of its history. (AP Photo/Matty Zimmerman, File)

NEW YORK (AP) — Willie Mays will add some hits to his record, Monte Irvin’s big league batting average should climb over .300 and Satchel Paige may add nearly 150 victories to his total.

Josh Gibson, the greatest of all Negro League sluggers, might just wind up with a major league record, too.

The statistics and records of greats like Gibson, Paige and roughly 3,400 other players are set to join Major League Baseball’s books after MLB announced Wednesday it is reclassifying the Negro Leagues as a major league.

MLB said Wednesday it was “correcting a longtime oversight in the game’s history” by elevating the Negro Leagues on the centennial of its founding. The Negro Leagues consisted of seven leagues, and MLB will include records from those circuits between 1920-48. The Negro Leagues began to dissolve one year after Jackie Robinson became MLB’s first Black player with the Brooklyn Dodgers in 1947.

Those leagues were excluded in 1969 when the Special Committee on Baseball Records identified six official “major leagues” dating to 1876.

“It is MLB’s view that the Committee’s 1969 omission of the Negro Leagues from consideration was clearly an error that demands today’s designation,” the league said in a statement.

The league will work with the Elias Sports Bureau to review Negro Leagues statistics and records and figure out how to incorporate them into MLB’s history. There was no standard method of record keeping for the Negro Leagues, but there are enough box scores to stitch together some of its statistical past.

For instance, Mays could be credited with 17 hits from his 1948 season with the Alabama Black Barons. Irvin, a teammate of Mays’ with the New York Giants, could see his career average climb from .293 to .304 if numbers listed at Baseball-Reference from his nine Negro League seasons are accurate. And Paige, who currently is credited with 28 major league wins, should add at least 146 to his total.

While some have estimated Gibson slugged over 800 homers during 16 Negro League seasons, it’s unlikely that enough records exist for him to officially pass Barry Bonds for the career record at 762.

Depending on what Elias and MLB rule, though, Gibson could wind up with another notable record. His .441 batting average in 1943 would be the best season mark ever, edging Hugh Duffy’s .440 from 1894. Gibson’s line came in fewer than 80 games, however, far short of the modern standard of 162.

“We couldn’t be more thrilled by this recognition of the significance of the Negro Leagues in Major League Baseball history,” said Edward Schauder, legal representative for Gibson’s estate and co-founder of the Negro Leagues Players Association. “Josh Gibson was a legend who would have certainly been a top player in the major leagues if he had been allowed to play.”

MLB said it considered input from the National Baseball Hall of Fame and Museum, the Negro League Researchers and Authors Group and studies by other baseball authors and researchers.

“The perceived deficiencies of the Negro Leagues’ structure and scheduling were born of MLB’s exclusionary practices, and denying them major league status has been a double penalty, much like that exacted of Hall of Fame candidates prior to Satchel Paige’s induction in 1971,” baseball historian John Thorn said. “Granting MLB status to the Negro Leagues a century after their founding is profoundly gratifying.”