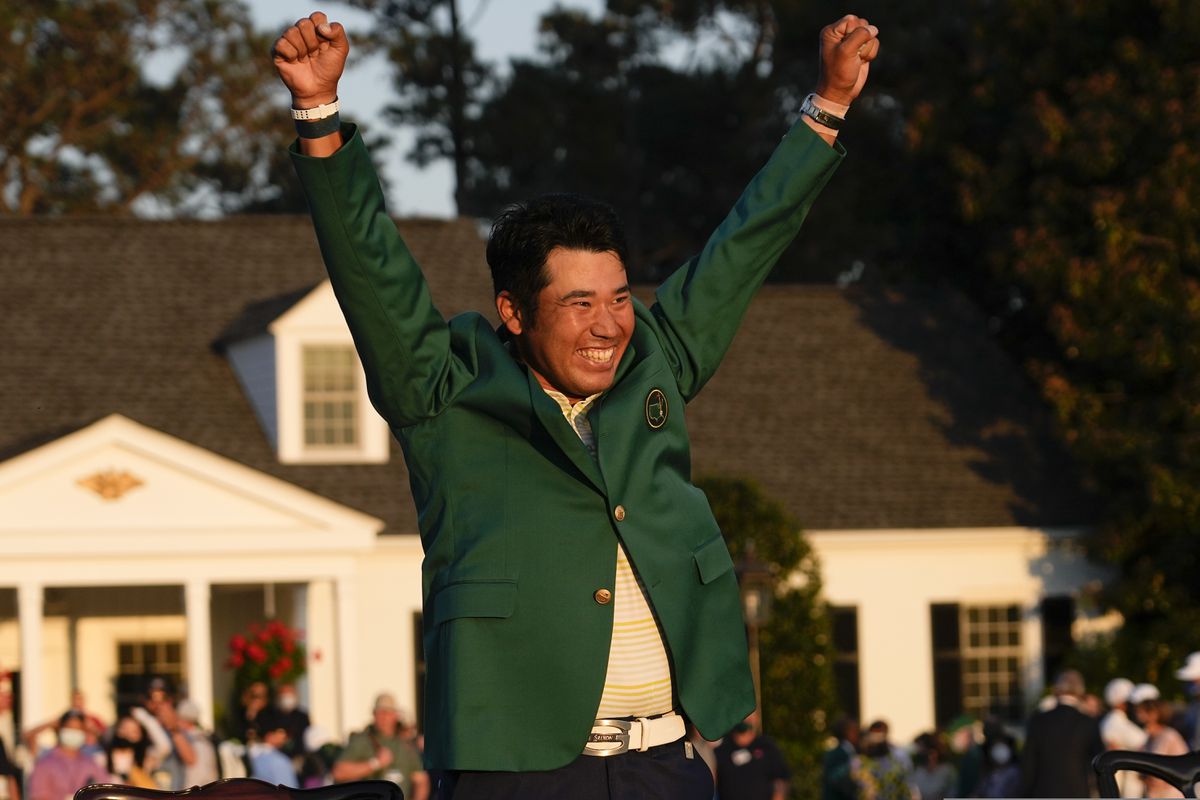 With a feat of golf and weightlifting that ought to rate way up there among masteries of sports pressure on the planet, Hideki Matsuyama managed to win the 85th Masters on Sunday. He played the golf without completely crumbling even after he crumbled somewhat, and he did the weightlifting of the hopes of his sports-cherishing nation of 126 million people without running off and hiding behind a pine tree, which might have been understandable.

The first men’s major title for Japan, a country with feelings for golf that make reverence look puny, came after its 29-year-old hopeful refrained from panic during a moment when panic perhaps breathed through the Monday morning living rooms of his country’s 47 prefectures. In the picturesque horror in which golf long has specialized, a yawning six-shot lead with seven holes to play dwindled all the way to two with three to play, in part because of Xander Schauffele’s four straight birdies and in part because Matsuyama’s approach at No. 15 went skittering through the green and hurrying for a swim.

He bogeyed that and No. 16, but his drives on Nos. 17 and 18 took his confidence straight down the fairway, and he scrambled from a greenside bunker on No. 18 to finish with a 73 at 10 under par, one shot ahead of phenom Will Zalatoris and three ahead of Jordan Spieth and Schauffele, whose mounting hopes collapsed on No. 16 with the first triple bogey of his 1,042 major golf holes.

When Matsuyama finished with a short bogey putt, he reacted calmly and matter-of-factly even as he had reached the perch people long wondered whether he could access when he was low amateur at the 2011 Masters and won five PGA Tour events between 2014 and 2017, the last with a closing 61 at venerable Firestone in Akron, Ohio.

It followed upon 17-year-old Tsubasa Kajitani’s win the previous week in the Augusta National Women’s Amateur and upon two previous LPGA major wins by Japanese women: Hisako Higuchi, who received a ticker-tape parade through Tokyo after winning the 1977 LPGA Championship, and Hinako Shibuno, who achieved the remarkable when she turned her first major appearance into a first major title at the 2019 Women’s British Open. It provided the Masters with a 12th winning nationality and men’s major golf with a second champion from Asia, following Y.E. Yang of South Korea holding off Tiger Woods at the 2009 PGA Championship.

It also honored the Japanese male players who had graced the game through bygone decades without quite snaring a summit. Those included 78-year-old Isao Aoki, the 1980 U.S. Open runner-up who forced Jack Nicklaus to earn the title; 66-year-old Tommy Nakajima, who finished in the top 10 in six majors between 1986 and 1991; 53-year-old Toshimitsu Izawa, who tied for fourth at the 2001 Masters; 51-year-old Shigeki Maruyama, who won thrice on the PGA Tour and finished fourth at the 2004 U.S. Open at brutal Shinnecock Hills; 48-year-old Shingo Katayama, who finished fourth at the 2009 Masters; the Ozaki brothers - Masashi (Jumbo), Tateo (Jet) and Naomichi (Joe), with Masashi finishing in a tie for eighth at the 1973 Masters - and the endearing Ryo Ishikawa, tabbed a phenom at 17 when he arrived at Riviera in Los Angeles in 2009 and said: “Hello, America. I’m Ryo Ishikawa from Japan.”

Any American reporter present at that last event might have gone summoned to Japanese TV for a viewpoint on the teen, an indication of the kind of pressure Matsuyama knew as he awakened Sunday at 11 under and four shots ahead of four chargers, the first male Japanese golfer to occupy that loft of expectations in a major. The lead quickly shrank to one when Matsuyama made a visit to the pines on the right of No. 1 around the same time the second birdie from Zalatoris dropped in on No. 2.

Of the four who began at 7 under, the steadiest challenge came from Zalatoris, the 24-year-old San Franciscan who played at Wake Forest, who has skyrocketed from No. 2,006 at the end of 2018 to No. 46 now, and who played only his third major and his first Masters. With Zalatoris frequenting second place, Matsuyama carefully upped his lead back to three shots before another bit of right happened about 4:30 p.m. Georgia time - or 5:30 a.m. in Japan - when the lead narrowed to two.

At about 4:45 p.m. - or 5:45 a.m. - one could feel the world’s 11th-most-populous country lurk to the edge of joy. Zalatoris curled a par putt helplessly in front of the hole on No. 10, and Matsuyama followed a stunning second shot into No. 9 with a deserved birdie as the lead yawned to five with the front-runner at 13 under. That gave him birdies at Nos. 2, 8 and 9 after his bogey at No. 1, plus his par save on No. 5 from the fairway bunker when his 17-foot putt went screaming in.

By then, the bulk of the chasers who began at 7 under had gone chased. Justin Rose had the kind of sparring with the golf that all who partake are familiar with, shot 74 and finished five back. Schauffele, Matsuyama’s playing partner who had done so well to clamber from seven shots back, shot 72 to finish three shots back. Marc Leishman shot 73 and wound up four shots back. Zalatoris challenged and then slipped but had too much mustard to slip much, ending with a fantastic 18-foot par putt that left him alone in second, one shot back.