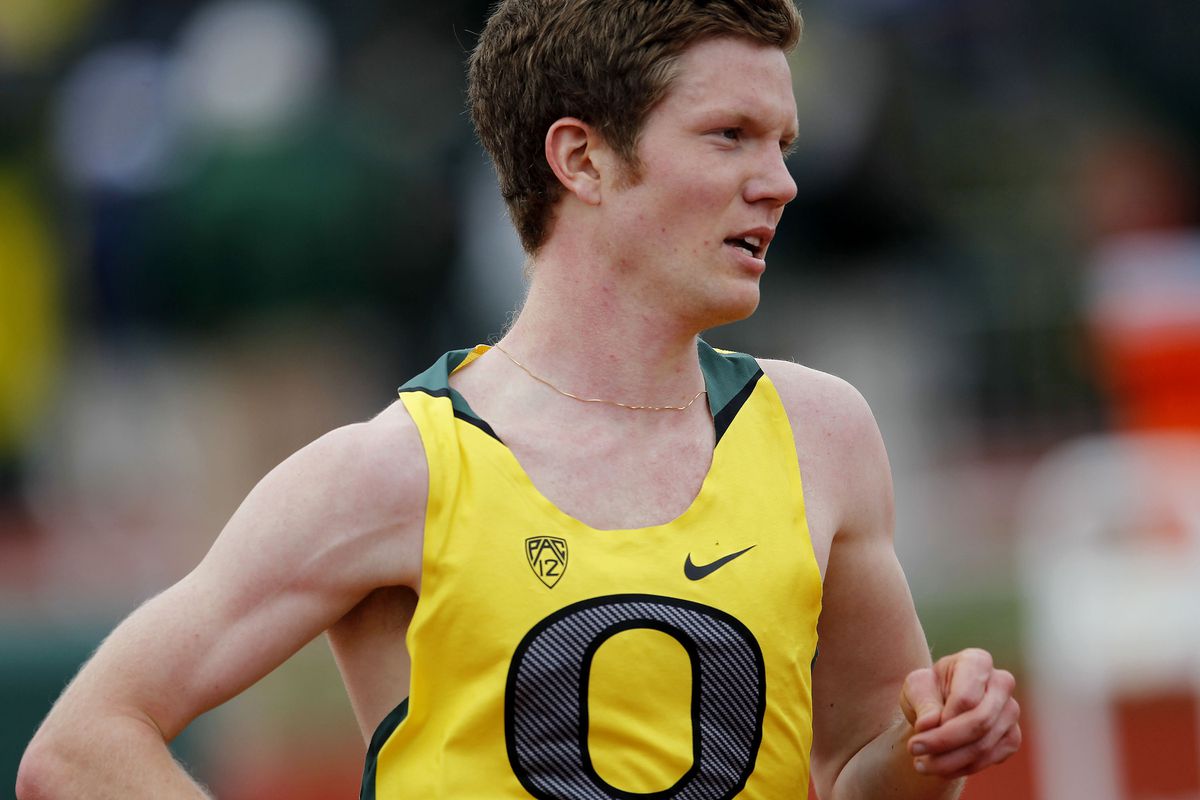 Trevor Dunbar was an All-America runner for the Universit of Oregon. (Kevin Clark / The (Eugene) Register-Guard archive 2012)

Trevor Dunbar was an All-America runner for the Universit of Oregon. (Kevin Clark / The (Eugene) Register-Guard archive 2012)

The four-minute mile is one of the iconic benchmarks in sports, a holy grail chased by many yet elusive enough to remain newsworthy.

Kodiak's Trevor Dunbar made headlines in 2013 when he became Alaska's first — and so far only — runner to break the four-minute barrier, something he did in a race in Portland, Oregon.

Now his quest is to see that barrier fall for the first time on an outdoor track in Alaska.

Dunbar, 26, will be part of a fast crowd running on fast tracks in search of fast times this week in the Great Alaska Mile Series in Anchorage and Kodiak.

The series is the brainchild of Dunbar and his dad Marcus, the Kodiak coach who is a former national champion in the indoor mile.

A field of seven elite runners — including Dunbar and Olympic runner Ben Blankenship — will race Wednesday at 7 p.m. at the West High track and Saturday at 1:15 p.m. at Baranof Park in Kodiak.

"I think everyone's gonna be in for a treat," said Dunbar, who lives in Boulder, Colorado.

Five of the runners scheduled to compete own sub-4:00 personal records.

Leading the group is Blankenship, who placed eighth in the 1,500 meters at last year's Summer Olympics in Brazil. In May, he lowered his personal best in the mile to 3:53:04.

Completing the field are West High graduate Hans Roelle, who lives in Eugene and owns a PR of 4:06.65, and Nick Harris of Boulder, Colorado (4:01.5).

Doug Benson of Eugene is scheduled to serve as a rabbit to ensure a fast pace. His mile PR is 4:05.78.

"These are legitimate fast dudes," said Joe Alward, a former West High coach who is an organizer for the Anchorage race. "You get into the (3:53) range like that and no way it's gonna end up being slow, because there's a rabbit and there's prize money.

"… I think the guys are going to be going for it."

The series is a fundraiser for the West High cross-country program. The primary sponsor is the Kourmetis family of Kodiak, with additional donations coming from several Anchorage and Kodiak businesses.

Travel expenses and accommodations for the athletes will be provided and prize money will be awarded — a total of $2,000 for each race, plus a $1,000 bonus for the fastest combined times in the two races.

A question-and-answer session will be held Thursday night at Skinny Raven in Anchorage, and Sunday the athletes will fish for silver salmon in Kodiak.

"It's just going to be really cool to combine the Alaska wildlife with elite running and give Alaska something it's never seen before — a high quality race with hopefully a couple four-minute miles," Dunbar said.

The only sub-4:00 mile run in Alaska was the 3:58.3 clocked indoors at The Dome by Jack Bolas of New York in 2014. The performance came in an exhibition race featuring Bolas, who was visiting Anchorage as a representative for New Balance, and a pace-setter.

Now Dunbar wants to see the barrier broken on an outdoor track.

The West High and Kodiak tracks are the most likely places for that to happen, according to Alward. Both boast state-of-the-art ovals — the Beynon Sports BSS 2000, the same surface at Oregon's Hayward Field.

"We have one of the best facilities on the whole West Coast and we want to showcase it," said Alward, who said he hopes Wednesday's event will aid his efforts to lure high school championship meets to West High, where the new track opened in 2014.

"You look across the country and it's primarily colleges that have what we and Kodiak have," he said. "We're sitting on a gold mine here. People just don't know it."

Dunbar said he's never raced at West High and hasn't raced in Kodiak since his senior year of high school in 2009. He said he's looking forward to racing in front of people who have supported and followed his career through the years.

He's also hoping to realize a dream by running a sub-4:00 in Alaska.

"That's probably one of my biggest goals other than making a World Championship or Olympic team," Dunbar said.

"My career's got a shelf life, and time's ticking," he said. "I can't do this forever. For the mile and the magical sub-4, the opportunities are sort of fleeting."