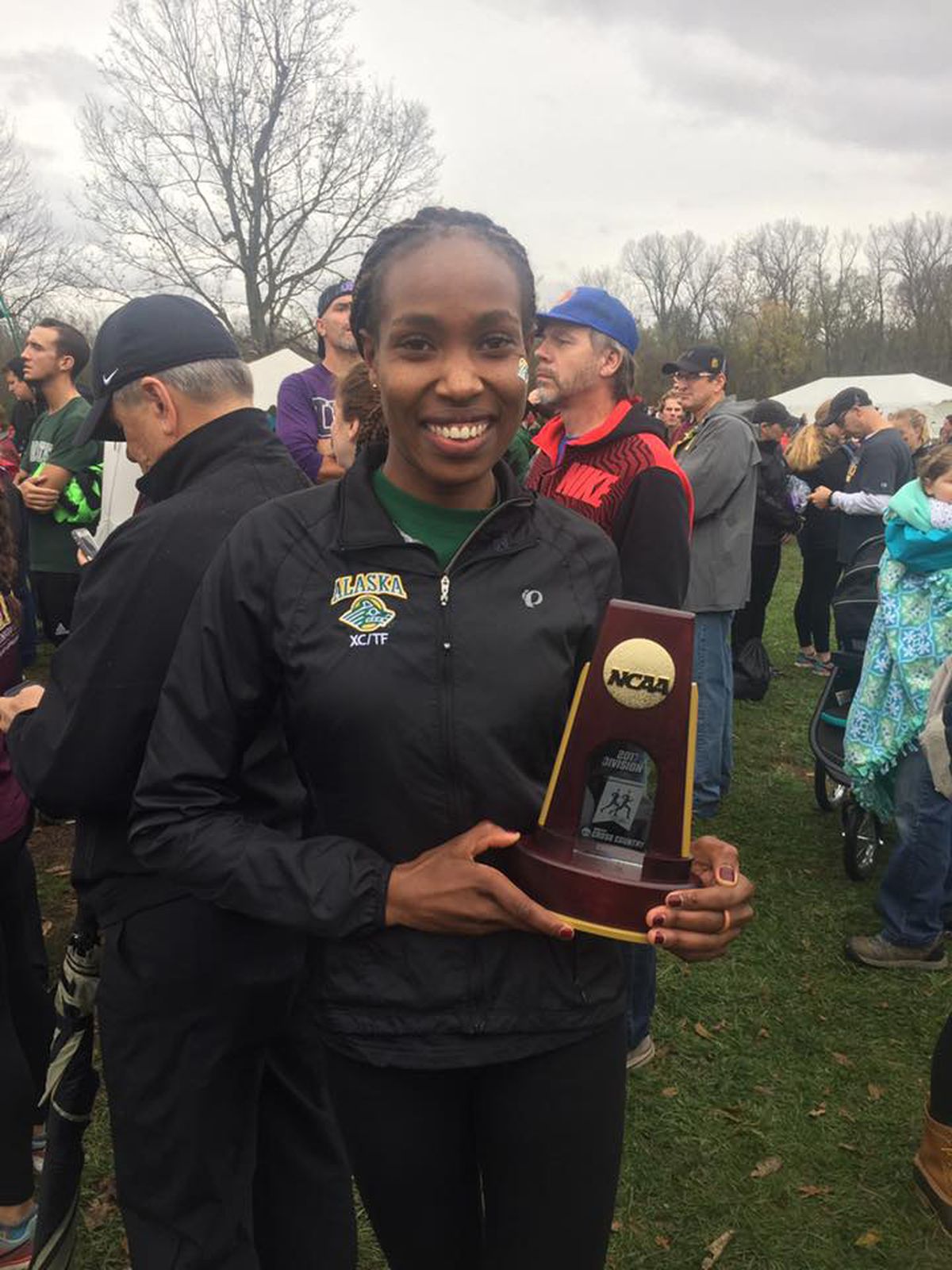 A woman who came to Alaska to earn a nursing degree became a national champion for the Seawolves on Saturday.

Her triumph came around the same time as, and about 125 miles to the west of, another big performance by an Alaska woman.

Soldotna's Allie Ostrander ran to fourth place at the Division I national championships in Louisville, Kentucky. She was 11.7 seconds behind the winner.

Kurgat pulled away midway through her 6-kilometer race and was unchallenged the rest of the way.

"She won it in dominating fashion and went out for the lead," UAA coach Michael Friess said in a press release from the school. "She didn't want anyone to run away with it, so she went with it and just kind of established the lead and ran home strong."

Both women are leaders in the classroom as well as on the running trails.

Ostrander is a kinesiology major with a 4.00 grade-point average, which on Saturday earned her an NCAA Elite 90 award, given to the athlete with the highest cumulative GPA at each of the NCAA's 90 championship events throughout the school year.

Kurgat owns a 3.51 GPA in nursing and medical laboratory science and is on track to achieve her dream of earning a nursing degree. That dream led her to UAA, which boasts not only a nursing program but a running program with a long history of attracting athletes from Kenya.

She's the first woman and the second athlete to win a cross-country championship for UAA. Micah Chelimo, another Kenya runner, won the men's national title in 2012.

Kurgat broke away from early pacesetter Hannah Wolkenhauer of Queen's University about 3 kilometers into Saturday's race. She won in 20 minutes, 32.3 seconds, nearly 20 seconds ahead of second-place Sarah Berger of Walsh University.

"I was racing with (Wolkenhauer) at the beginning, but then she started to fall back and I didn't want to fall back so I decided (it was time) to just focus on my own race," Kurgat said in the UAA press release. "I knew this was my last race and that I had to do something better than last year.

"… It's an awesome feeling and I'm really proud that I achieved (it)."

Kurgat led the UAA women to fifth place in the team standings with 180 points, one point away from fourth-place Chico State. Adams State won the team title with 126 points.

Two UAA runners joined Kurgat as All-Americans — Zennah Jepchumba, a junior who placed 32nd in the women's 6K, and Edwin Kangogo, a senior who finished 19th in the men's 10K.

[Ostrander, minus one shoe, triumphs in return to cross country]

In Louisville, Ostrander ran in the lead pack for the entire race.

Going into the final 2 kilometers, she was a step or two behind the leader. That's when winner Ednah Kurgat of New Mexico — who's from the same Kenya city as Caroline Kurgat but is no relation — broke free to win with a record-setting time of 19:19.5.

With Kurgat forging a late lead, Ostrander was left in a three-way battle for second place. Washington's Amy-Eloise Neale used a strong finishing kick to place second in 19:27.0, San Francisco's Charlotte Taylor placed third in 19:28.6 and Ostrander was fourth in 19:31.2.

Neale and Taylor are both seniors, while Kurgat and Ostrander are both sophomores. Like Ostrander, Kurgat sat out last season after transferring from Liberty University to New Mexico.

Ostrander was bidding for her second national championship. Last spring, she won the 3,000-meter steeplechase title at the Division I track and field championships.