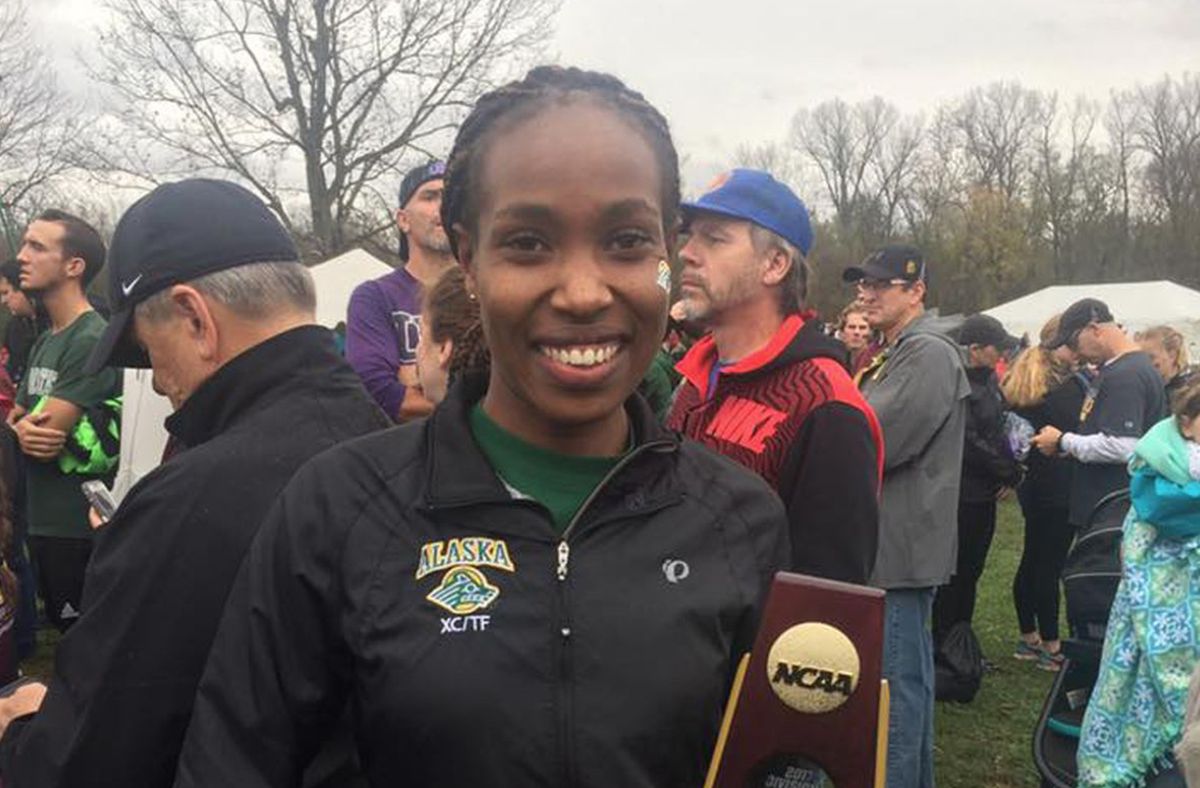 A great season keeps getting better for Caroline Kurgat, a junior at UAA who is rewriting the school record-book with times that rank among some of the best in Division II history.

On Thursday, in her first 5,000-meter outdoor track race in nearly two years, Kurgat posted a time of 15 minutes, 43.95 seconds at the Bryan Clay Invitational in Azusa, California.

"My goal was to break 16 (minutes)," Kurgat told runnerspace.com, "and I did much better than that."

Kurgat, who is from Eldoret, Kenya, hadn't run a 5,000 on an outdoor track since placing sixth at the Division II national championships in 2016. She sat out last season as a redshirt, and came back faster than ever.

Kurgat's 5,000 and 10,000 times are both Great Northwest Athletic Conference records. Her 1,500 time is the fourth-best in conference history.

Kurgat ran nearly the entire race by herself after breaking away from the chase pack after about 800 meters. According to a race recap provided by UAA, Hall had a rabbit for the first two miles of the 3.1-mile race and built a 12-second lead over Kurgat while running with the pacesetter. Once the rabbit dropped out, Kurgat closed the gap to less than five seconds.

Coming into this week, only two college runners this season have 5,000 times faster than Kurgat's — Oregon's Lilli Burdon (15:42.65) and Indiana's Katherine Receveur (15:43.26), who are both Division I runners.