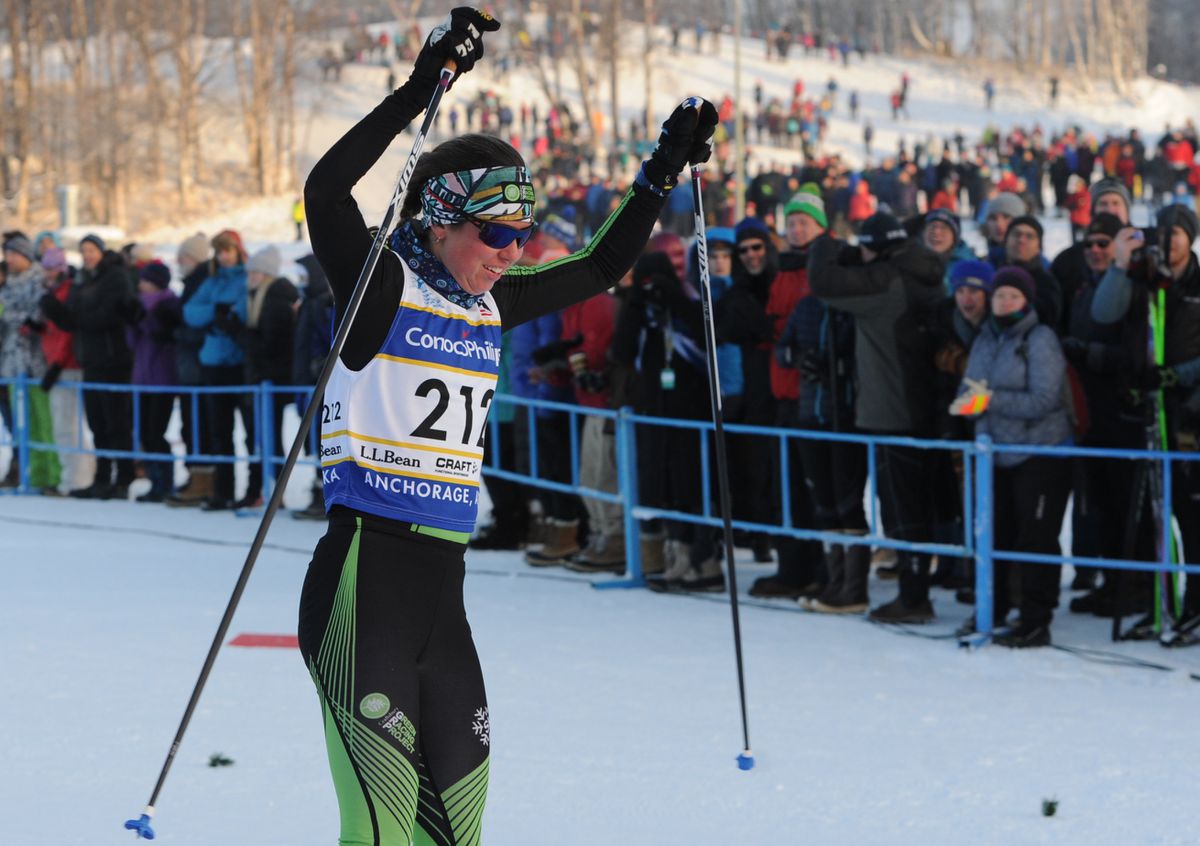 A record number of athletes from Alaska will compete in the Winter Olympics next month.

Six more Alaskans were added to the U.S. cross-country skiing team and another was named to Australia's team on Friday, raising the number of South Korea-bound athletes from the state to 14.

Anchorage siblings Caitlin and Scott Patterson, Fairbanks siblings Reese and Logan Hanneman and Anchorage's Tyler Kornfield and Rosie Frankowski are among the 11 women and nine men selected to compete in Pyeongchang by U.S. Ski and Snowboard.

And Jessica Yeaton — a South High graduate who was born in Perth and was 12 when she moved to Anchorage with her family — was named to Australia's team. Also gaining a spot on Australia's team was UAA skier Casey Wright, a junior from Melbourne.

[Photos: Meet the Alaskans who will compete in the Winter Olympics]

Four other Anchorage skiers — Kikkan Randall, Rosie Brennan and siblings Sadie and Erik Bjornsen — had previously qualified for the team. With Friday's additions, exactly half of the nordic team is from Alaska — and nine of those 10 selections train at the Alaska Pacific University nordic ski program.

The latest picks made the team partly on the strength of their performances at the U.S. Cross Country Championships this month in Anchorage.

Logan Hanneman, 24, was a top-two qualifier in both men's sprint races at Kincaid and finished 35th in qualifying in his World Cup debut last week in Slovenia, and Frankowski, 26, claimed third place in the women's 20K at Kincaid.

The 14-member Alaska contingent will be the state's biggest ever and includes two athletes who will compete for countries other than the United States — Yeaton and Keegan Messing, a member of Team Canada.

Friday's batch of skiers joins a group of seven Alaskans who qualified for the Olympics earlier this month:

— Kikkan Randall, 35, cross-country skiing: A five-time Olympian who is the most successful American woman in the history of her sport (and the mother of a 21-month-old boy);

— Sadie Bjornsen, 27, cross-country skiing: A two-time Olympian who is having the best season of her career with four World Cup podium finishes;

— Erik Bjornsen, 26, cross-country skiing: A two-time Olympian who has been the top American man on the World Cup this season;

— Ryan Stassel, 25, snowboarding: A two-time Olympian and 2015 slopestyle world champion who finished 14th in slopestyle in 2014 and will compete in that event plus big air in Pyeongchang.

— Rosie Mancari, 24, snowboarding: An Olympic rookie who is ranked 14th in snowboardcross and owns a World Cup gold medal in team snowboardcross.

— Keegan Messing, 26, figure skater: An Olympic rookie who will compete for Canada after capturing second place — and an Olympic berth — at the recent Canadian national championships. He's a lifelong Alaskan whose mom was born in Canada; after skating for years as an American, he began competing as a Canadian in the 2014-15 season.

Additionally, Wright and two former UAA hockey players made the Olympic teams for their respective countries.

Casey Wright, a junior who qualified for the NCAA championships in her first two seasons as a member of the Seawolves' nordic team, will ski for Australia.

Mat Robinson, who played for the Seawolves from 2005 to 2009 and was a team captain and two-time winner of UAA's most inspirational player award, will play for Canada.