Gold medal belongs to Kikkan, but Alaska’s past Olympians helped forge it 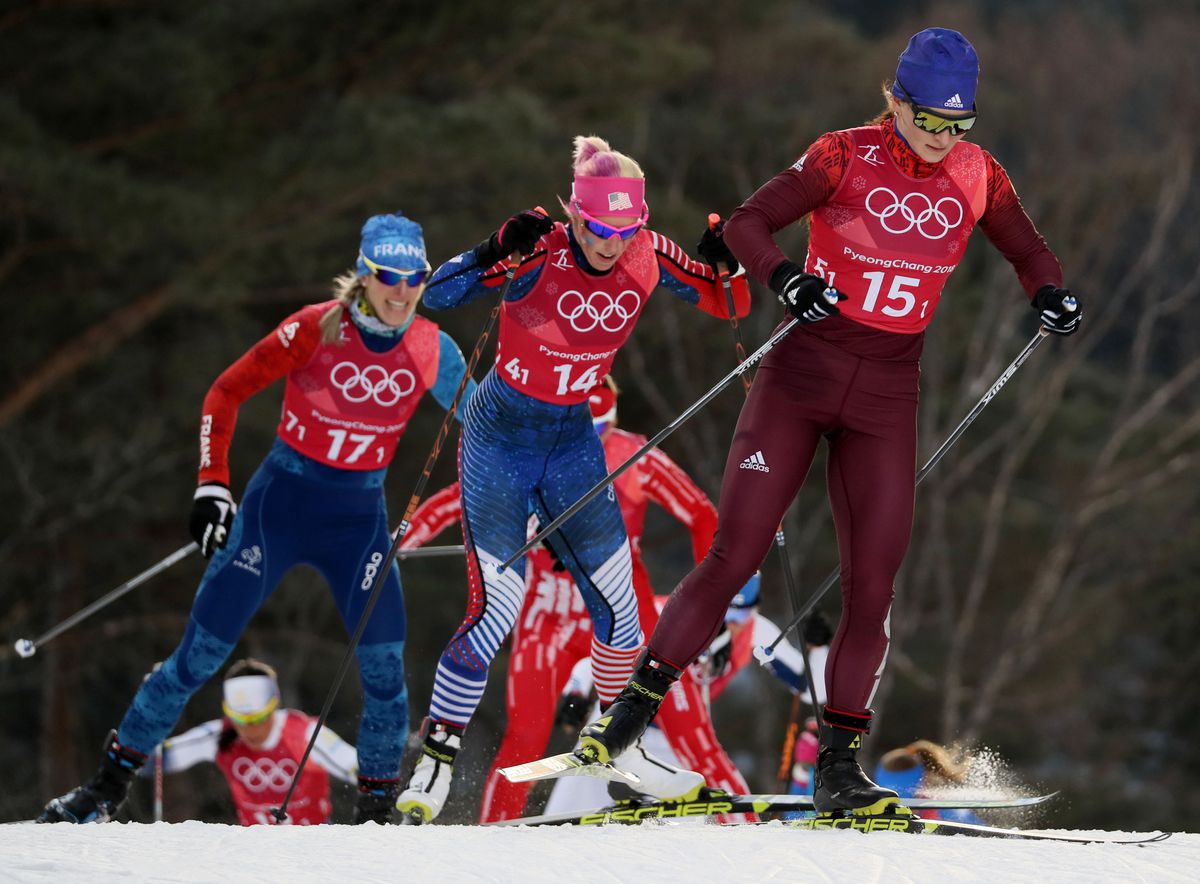 Dissect Kikkan Randall's Olympic gold medal and you will find Alaska DNA at its core.

America's greatest cross-country skier capped a brilliant career Wednesday by becoming an Olympic champion in Pyeongchang, South Korea. Randall will retire at the end of the season at the top of her sport, an athlete whose greatest achievement came after she turned 35 and after she had a baby.

Randall's medal is hers to treasure forever. But bits and pieces of it belong to the people who long ago made Alaska the perfect breeding ground for an Olympic champion.

Mahoney and Britch were both home-grown talents, and Owen came to Anchorage from Wenatchee, Washington.

They were part of an AMU team masterminded by Mahaffey. During the 1970s, Alaska Methodist — now Alaska Pacific University— was one of the nation's best cross-country ski programs.

In the 1980s, the AMU women gave way to Rabinowitz and Spencer. At the 1980 Lake Placid Olympics, Owen and Spencer helped the U.S. women to a seventh-place showing in the 4x5K relay. At the 1984 Sarajevo Olympics, Spencer and Rabinowitz were on the relay team that repeated that finish.

No group of American women finished higher in a relay until this year, when Randall helped the Americans to a fifth-place finish.

Those 1980 Olympics featured 19-year-old Betsy Haines, who finished 37th in the 5-K race. Not a flashy result, but the role Haines played in the creation of Kikkan Randall, Olympic champion, was critical.

Haines is Randall's aunt, and Randall grew up striving to match her achievements, whether it was her aunt's high school mile record, or her Mount Marathon championship, or her Olympic appearance. The Haines/Randall clan is all about taking up challenges and pursuing goals, and Randall owes much to that DNA.

[When Kikkan Randall was an East High freshman, she was already going places]

In the 1990s came Nina Kemppel, another of Randall's early athletic role models.

For years Kemppel was the lone American woman on the World Cup circuit, living a solitary existence in which she often communicated with her coach via fax. Today Randall is the leader of a robust U.S. team she all but willed into existence by showing younger skiers like Jessie Diggins and Sadie Bjornsen what is possible on the world stage.

Kemppel, a four-time Olympian from 1992 to 2002, won a record 15 national championships — a mark that stood until Randall raised the bar to 17.

For a time Kemppel and Randall shared the same coach, Jim Galanes, who like Mahaffey provided immeasurable opportunities and guidance for Alaska skiers.

He created the Gold 2002 program that evolved into the Alaska Pacific University nordic center, which today is known around the country, if not the world, for producing standout skiers like Randall, Bjornsen, Holly Brooks and others.

Pioneers sometimes beget new pioneers, and Randall's story is proof. Mahaffey and Owen gave way to Galanes and Kemppel, who gave way to Randall and APU coach Erik Flora, who has taken the Alaska Pacific program to unheard of levels — 10 APU skiers are competing in Pyeongchang. Not to be forgotten are clubs like the Alaska Winter Stars, Alaska Nordic Racing of Eagle River and FXC of Fairbanks that help develop young Alaska skiers.

[Photos: Kikkan Randall has been a standout Anchorage athlete for decades]

As Randall nears retirement, a new wave of promising young women are training in Anchorage. UAA sophomore Hailey Swirbul is the nation's first three-time medalist at World Junior Championships, and one of her medals came last year with a relay team that also included APU's Hannah Halvorsen.

Yes, Olympic gold belongs to Randall. But it was forged in a flame that has long burned in Alaska, one passed like a torch from one great skier to the next.

This column is the opinion of sports editor Beth Bragg. Reach her at bbragg@adn.com.