Gold in downhill, silver in super-G for Alaska’s Andrew Kurka 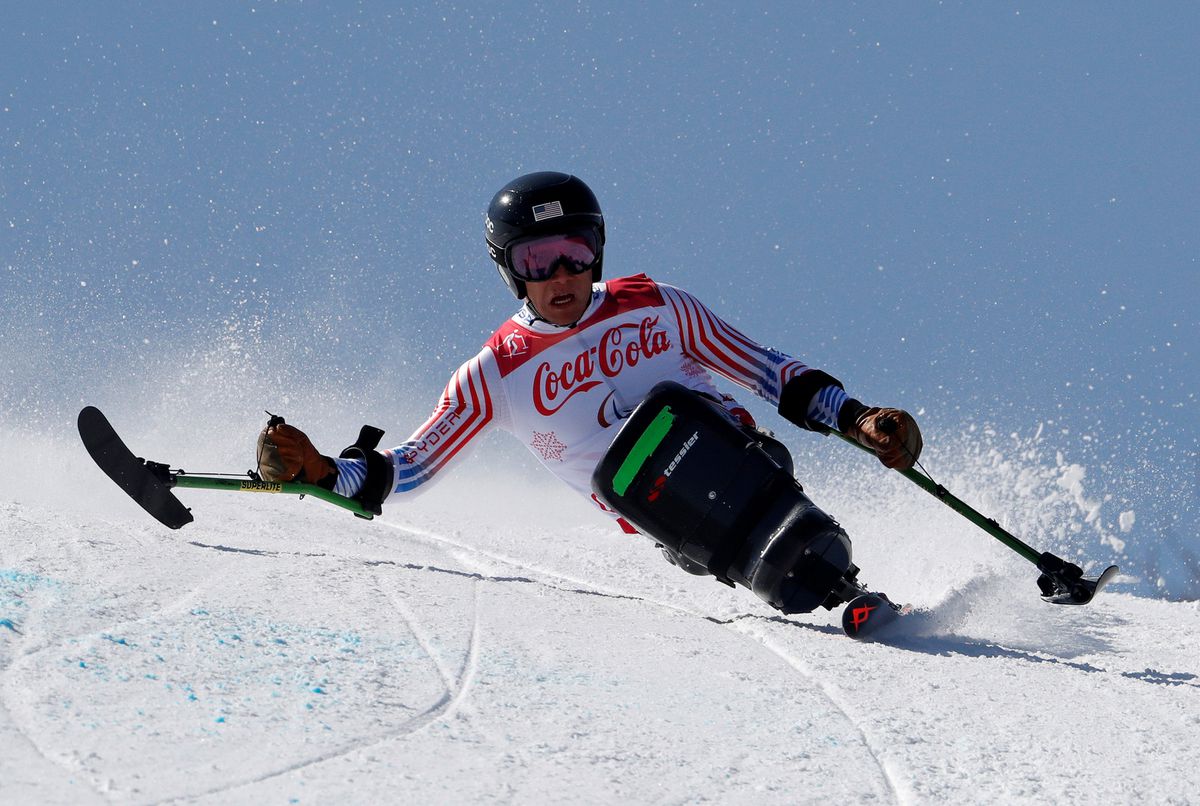 A day after Alaska sit-skier Andrew Kurka seized the Paralympic gold medal he had been craving for four years, he picked up a silver medal in Pyeongchang, South Korea.

Kurka is 2-for-2 two days into the Paralympics, winning medals in his specialties — gold in the downhill and silver the super-G.

And if there was a prize for biggest smile, the 26-year-old Palmer man would probably have a third medal for his collection. After both races, he grinned from ear-to-ear in the finish area as he waited to see if any skiers could knock him off the podium.

"Being a two-time Paralympic medalist is a dream come true, and it feels like everything up to this point has been worth it," Kurka told reporters after the race. "That's really what the feeling is for me.

"… And this is a huge step in my future. It's a goal that not many people get to accomplish in their lives, and it's something I've accomplished now, and that I'm extremely grateful for. And I'm hoping to keep the momentum going."

He gets a chance to do that Monday when he competes in the super-combined. The one-day events features a slalom race and then a super-G race.

Kurka made one obvious mistake Saturday near the end of his run,  and he said he made one at the top too. Given that, he was more than happy to add silver to gold.

"The fact that I was able to podium is awesome and it's boosted my confidence," he said. "I still needed to stick a line. I stuck it in the middle portion. If I (had) stuck it in the top and stuck it the bottom, I have no doubt I'd have a gold medal right now.

"You know what, you can't win them all. I'm still happy."

Kurka came to Pyeongchang eager to erase memories of the 2014 Paralympics, where his medal hopes were dashed before competition even began. He was injured in a downhill training run and never got to compete.

Kurka took care of business right away by winning the downhill Friday, fulfilling his goal of bringing home gold to Alaska.

"To be a champion in the Paralympic Games is the greatest honor I could ask for," Kurka told reporters after his Friday victory.

"The fact that I came out here and I put down the very first Paralympic medal for Alaska, my home state, and the fact that it's gold, to me is a fantastic feeling."

On Saturday, he added a silver medal in the super-G.

The gold medal went to Canada's Kurt Oatway, who finished in 1:25.83 and was more than a second faster than everyone else. Kurka was 1.06 seconds back in 1:26.89, a time that was nine-tenths of a second faster than the 1:26.98 that earned France's Frederic Francois the bronze medal.

Kurka is the first Alaskan to earn a medal at the Winter Paralympics. Dan Jordan of Fairbanks, the coach of UAF's riflery team for 11 years, won a silver medal in riflery at the 2004 Summer Paralympics. Shirley Reilly, who was born in Barrow but grew up and still lives in the Lower 48, has won four medals in track, including gold in the 2012 Paralympics marathon.

Kurka blew away the field in the men's downhill Friday. He finished in 1 minute, 24.11 seconds with a blazing run no one else came close to matching.

The silver medal went to Japan's Taiki Morii, who was 1.64 seconds off Kurka's pace. Bronze-medalist Corey Peters of New Zealand trailed by 1.90 seconds, and everyone else was at least two seconds slower than Kurka.

"I have never won a downhill by 1.6 seconds, that is a huge margin in our sport, usually it's tenths or hundredths," Kurka told reporters after the race. "… The best coaching staff in the world and amazing tech — I have never had such a fast ski in my life."

Others looked almost slow compared to Kurka, who carried speed from start to finish and posted the fastest time at every intermediate.

It was a dream run for a man who'd been targeting this race ever since the 2014 Paralympic Games in Sochi, Russia.

Kurka survived a scary moment Saturday in his super-G run, when it looked like he was going to ski off-course. That came near the end of the run, which is where he earned his medal.

"For me to mess up twice and then to be able to knife that middle section, and to come down and still be on the podium is something to be proud of,"  he said.

Kurka was partially paralyzed from the waist down in a four-wheeler accident when he was 13. An athlete before and after his injury, he developed his zeal for speeding down a mountain after he was injured.

He was the first mono-skier to descend Alyeska's Christmas Chute, a long, steep, narrow, scary elite-only run, and for years he raced with what you might call a reckless abandon.

Kurka broke a minimum of one bone per season from 2010 to 2015, and more often than not his seasons were interrupted or ended prematurely by injuries. His 2014 training accident in Sochi marked the fourth time he's broken his back.

After he recovered from that injury, he broke his thigh bone while training for his comeback. A full year passed from his injury in Sochi to his return to competition, and when he resumed racing he brought something new to the game — a willingness to ski less recklessly and rely more on technique.

"It's been my journey to gold," Kurka said. "It makes it that much more meaningful, since I have broken my back, my femur, all the bones I have broken throughout my career. All the pain, all the anguish, all the doubt I have ever had, it's all worth it."