APU nordic skiers are on a roll in Norway 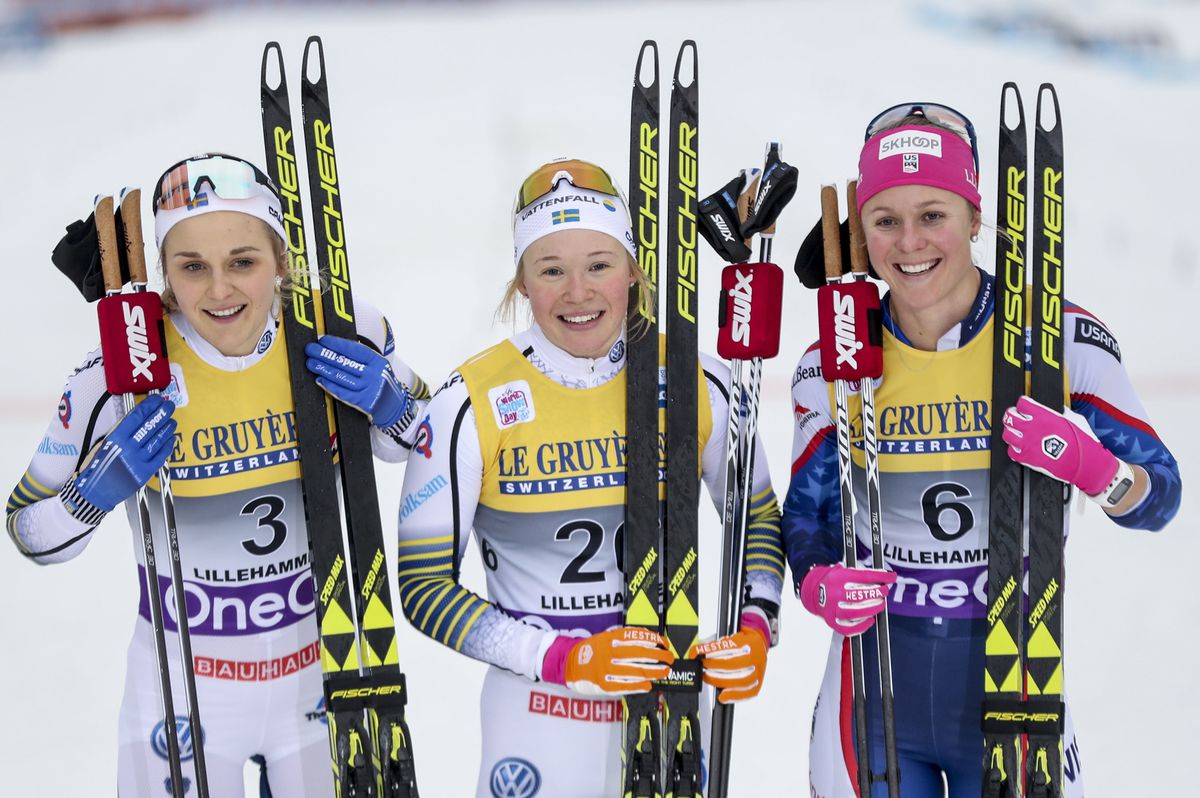 On Friday, Bjornsen pulled off the cross-country skiing equivalent of hitting for the cycle with her first podium finish in a freestyle sprint race.

On Saturday, Brennan registered the best finish of her career by placing 11th in the 10-kilometer freestyle race. Bjornsen finished two spots ahead of her in ninth place.

Bjornsen, a two-time Olympian, ranks sixth in the World Cup standings heading into Sunday’s 10-kilometer pursuit race in Lillehammer. Brennan, a 2018 Olympian, ranks 21st and is the third-ranked American behind Bjornsen and 17th-ranked Jessie Diggins of Minnesota.

Brennan finished 21st in the heats but more importantly placed ninth in qualifying, three spots behind Bjornsen. “I still have very little experience in the heats,” she said by email, but was encouraged by getting a career-best qualifying effort.

She followed that up Saturday with another career best, this one in a classic freestyle race. She drew the No. 1 bib for the interval-start race, which allowed her to sit in the leader’s chair after she finished, a spot she forfeited after Norway’s Therese Johaug, who started 19th, finished with a winning time of 26:22.4.

“I have never started (wearing the No. 1 bib) in my whole career so that was a new experience for me, but it seemed to work out all right,” Brennan said. “Because I was starting first, I tried to really focus on myself and my own skiing knowing that information would be sparse out there.

“… When I crossed the line, I dashed into that leaders chair as I have never had my turn in that thing before. I am thrilled with my result and am looking forward to being in the mix tomorrow.”

Brennan finished in 27:51.7, a half-second ahead of Diggins, who last winter won an Olympic gold medal with Anchorage’s Kikkan Randall in the team sprint.

Bjornsen was ninth in 27:39.4 on a day when her thoughts weren’t exclusively focused on ski racing. Back home in Anchorage, there was a water leak in her house thanks to Friday’s earthquake. Holly Brooks, a retired APU teammate who lives in Anchorage, got the water turned off.

“I am mighty thankful for friends,” she said. “But, as you can imagine, all the images and worry left me pretty distracted for these last 24 hours, despite the fact I knew there was really nothing I could do. Without much sleep, I tried to get my head in the race today, but it took a little longer than I hoped to get there. After climbing up the big long climb at 3.5K, I finally found my rhythm and my craving for the pain cave. From there I kept pushing myself and tried to cut some time off the leaders.”

Anchorage’s Caitlin Patterson scored World Cup points by placing 30th, 2:28.2 behind Johaug, to give the United States four women in the top 30.

In the men’s 15K freestyle, Bjornsen’s brother Erik led the Americans in 43rd place, 2:24.5 behind winner Sjur Roethe of Norway, who finished in 36:34.0. Anchorage’s David Norris was the next American in 54th place, 2:44.5 behind the winner. Scott Patterson of Anchorage was 73th, nearly four minutes off the winning pace.

Bjornsen and Brennan will be right in the mix of things at the start of Sunday’s 10K classic pursuit, the last of three races in rainy Lillehammer.

“My thoughts are with everyone in Anchorage, who have a big job of cleaning up,” Bjornsen said. “I am so thankful everyone seems to be safe, and there have been no announced casualties in a serious shaking.”