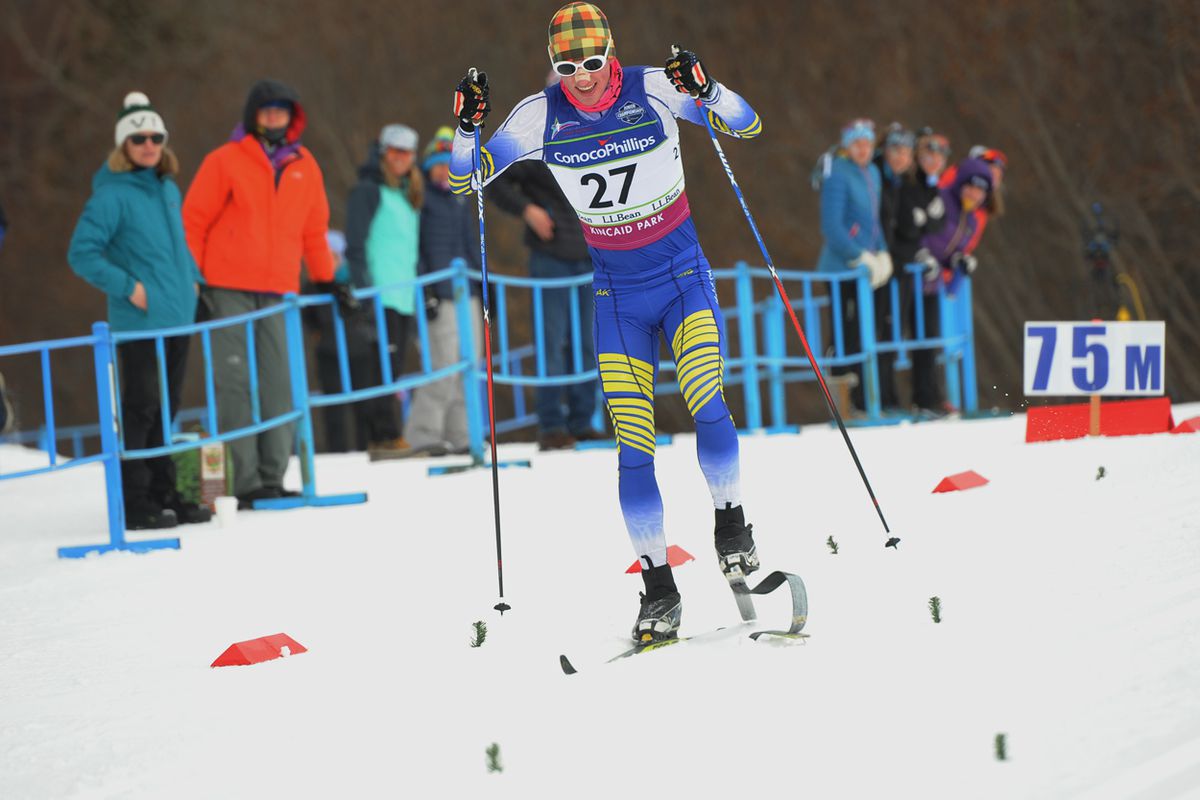 A long day of classic sprint racing produced a disputed victory for Gus Schumacher of Anchorage, a come-from-behind victory for Kendall Kramer of Fairbanks, a surprising victory for Michael Earnhart of Chugiak and redemption for Anja Maijala, a Minnesotan who skis for UAF.

Also capturing gold medals were Logan Smith, an Intermountain division skier who won the girls U-16 race despite a busted boot, and Aidan Burt, a New England skier who double-pole his way past his buddy to win the boys U16 race.

It was the second day of racing in the week-long championships at Kincaid, where the trails are icy and the competition heated.

There were many tales to tell after the last of 25 heats were contested on the 1.4-kilometer course, a process that didn’t end until late afternoon.

The biggest story came in the men’s U20 race, where Schumacher claimed his second gold medal of the week despite getting beat to the finish line by UAA freshman JC Schoonmaker.

The race took a little more than three minutes, and it ended with Schoonmaker lunging at the finish line to beat Schumacher by inches.

Twenty minutes later, officials ruled that Schoonmaker used the freestyle technique near the end of the race – an illegal maneuver in a classic-technique race.

Schoonmaker was relegated to last place in the six-man final, and Schumacher was awarded the national championship.

“That’s not the way you want it to end,” Schumacher said in a press release from the Nordic Skiing Association of Anchorage. “He was still faster than me today and he won it, he just doesn’t get the podium spot, the mug and the cinnamon roll.”

Officials told Schoonmaker that he skated on a corner while coming into the final stretch.

“I don’t feel like I did, but I might feel different if I saw the video,” he said. “But I had no intention of cheating.”

In the women’s U20 race, Maijala returned to the trails where two weeks earlier she fell and separated her shoulder.

She’s still sore and she considered not racing but decided to go for it. She wound up with a comfortable victory over Anchorage’s Aubrey Leclair in the finals.

The most exciting finish came when Kramer, a junior at West Valley High School, came from behind to pick up her second gold medal in the girls U18 competition.

Kramer furiously double-poled her way to victory in the final 70 meters, catching and passing Intermountain’s Sarah Morgan with 30 meters to go. She won by .66 of a second.

“I knew if it came down to double-poling I’d beat them,” Kramer said.

Earnhart didn’t possess such confidence going into the boys U18 race.

It featured a strong field that included two skiers – Zanden McMullen of Anchorage and Johnny Hagenbuch of the Intermountain division -- who competed for the United States at the World Junior Championships in Finland earlier this season.

“I was just trying to get a top 10 today and then that just happened,” Earnhart said. “This feels really good. Unreal.”

McMullen placed a distant second and Hagenbuch was third.

Earnhart said he decided before the race to use the outside track on the steepest hill on the course, and the decision paid off. Though the outside track is typically less favorable than the inside track, its lack of popularity left it in better shape after so many skiers had used it.

“I figured out that line, stuck to it, and that’s what got me the win,” he said.

In the U16 finals, Smith and Burt made sure the Alaskans didn’t take home all the gold medals.

While Smith was climbing a hill in the finals, the toe of one of her boots ripped away from its binding track. She nonetheless managed to win by more than three seconds, plus she attracted a crowd at the finish line as people gathered to get a look at the damaged boot.

In the boys race, Burt outdueled Trey Jones -- teammate, friend and fellow Vermonter -- to win a national championship. Burt double-poled while Jones kicked down the final stretch, with Burt prevailing by .52 of a second.

“Me and Trey have been going back and forth all season, and he’s so good at striding,” Burt said. “I thought, ‘Oh god, here he comes.’ I was just trying to hold on.”

Racing continues Friday and Saturday at Kincaid Park. Schumacher and Kramer will try to sweep the individual titles in their respective age groups in Friday’s mass-start classic race, and then things wrap up Saturday with relay races.

After he received his gold medal in a podium ceremony, Schumacher offered Schoonmaker a consolation prize.