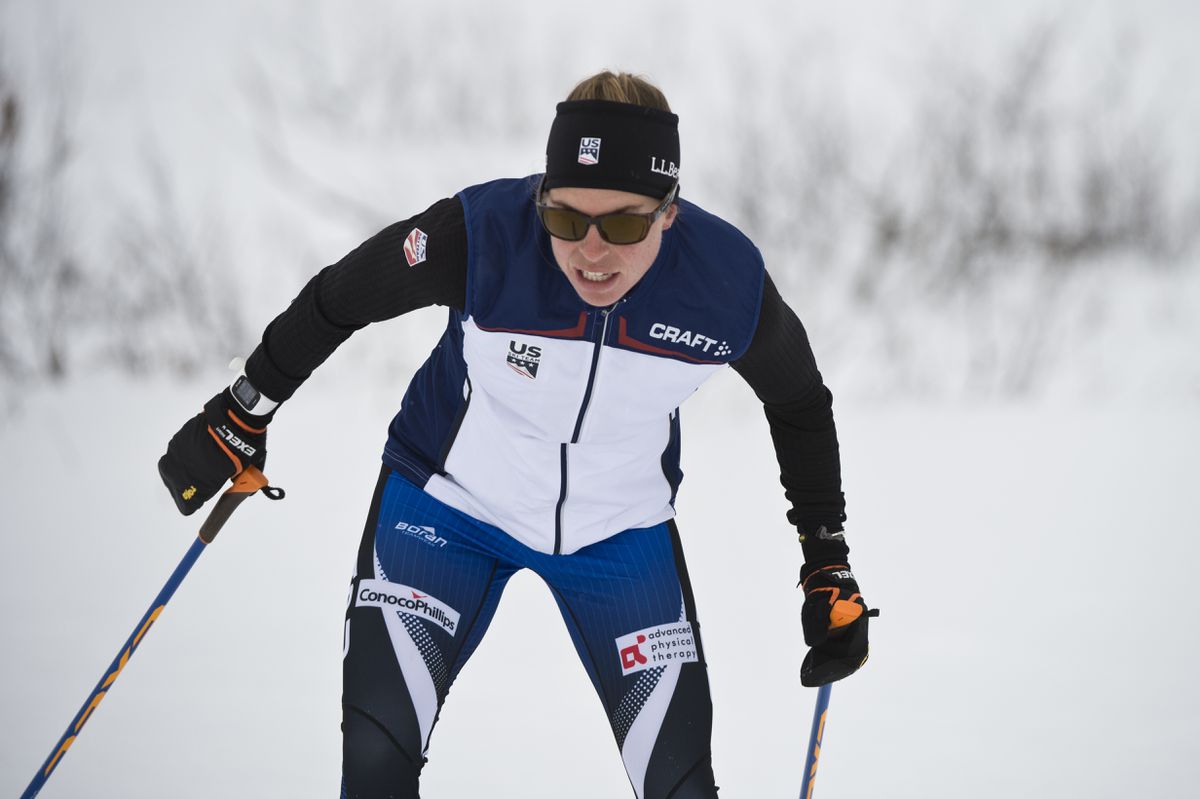 About a year ago, the U.S. Ski Team dropped Anchorage’s Rosie Brennan from the national team. She was sick with mononucleosis for the second half of the season, including the Pyeongchang Olympics, and her results reflected it.

Losing her spot on the team also meant losing its financial support, forcing Brennan to find her own resources if she wanted to continue her career.

Last weekend during the World Cup Finals in Quebec, Brennan, 31, was presented with the inaugural Inga Award from U.S. Nordic Olympic Women (US NOW), a group that consists of the 50 women who have skied for the United States at the Olympics since women’s cross-country skiing became an Olympic sport in 1972.

Brennan received the honor, which includes a monetary component, at a US NOW reunion that drew about 30 of its 50 members. She was the unanimous choice among the women who voted.

“This is extremely special to me,” Brennan said in a press release from U.S. Ski and Snowboard. “This group is incredibly accomplished and has been through so much. To be recognized by them is incredibly meaningful to me — it means much more than any race result could mean.”

The award recognizes Brennan’s persistence and her achievements this season, which turned into the best of her career. Brennan scored World Cup points in 15 races, had three top-10 performances, was a regular on the U.S. women’s relay team and was ranked 27th in the final World Cup distance rankings, which placed her third among U.S. skiers behind Jessie Diggins of Minnesota and Sadie Bjornsen of Anchorage.

“As we thought about performances this year we right away honed in on Rosie,” said Anchorage’s Kikkan Randall, who retired last year after capturing Olympic gold in her fifth Olympics. “Rosie bounced back from frustration last year — having to change the way she came into the season not being on the national team, having to find support. She really came through with some fantastic performances. That really embodies the Inga Award.”

The Inga Award is named after Inga Varteig, a legendary figure in Norwegian ski history. She was the mother of Prince Haakon IV, who as a child during a civil war in the winter of 1205-06 was carried to safety by soldiers on cross-country skis. The idea for the award came from former U.S. women’s coach Marty Hall and two-time Olympic skier Alison Owen Bradley, another skier with a big Alaska connection.

Bradley skied for Jim Mahaffey at Alaska Methodist University back in the late 1960s and early 1970s and was one of three skiers from the college who pioneered Olympic skiing for the United States. When women made their cross-country skiing debut in 1972 in Sapporo, Japan, the five-member U.S. team included Anchorage skiers Barbara Britch, Margie Mahoney and Bradley.

Bradley went on to become the first American woman to win what many believe was the first World Cup women’s race in history, in 1978 in Wisconsin. Alaska Methodist University went on to become Alaska Pacific University, whose nordic ski program continues to produce Olympians. In 2018, APU sent 11 men and women to the Olympics.

Of the 50 members of US NOW, 16 are from Alaska or came here to train at APU or, in the case of Bradley, at AMU.

Schumacher finished as the fifth American man in all three races. He placed 56th in the 15K classic, 52nd in the 15K freestyle pursuit and 46th in the sprint.

Sadie Bjornsen, a two-time Olympian, was the top American in all three women’s races, claiming sixth place in the sprint, 11th in the 10K freestyle and 18th in the 10K classic.

More than a dozen Alaska skiers competed in Quebec. For Sadie Bjornsen, the races wrapped up a strong season. She finished 14th in the overall World Cup standings, 13th in the distance standings and eighth in the sprint standings.

(A list of woman who have skied for the United States at the Winter Olympics, compiled by U.S. Ski and Snowboard)