It may be May, but Alaska skiers are still making news 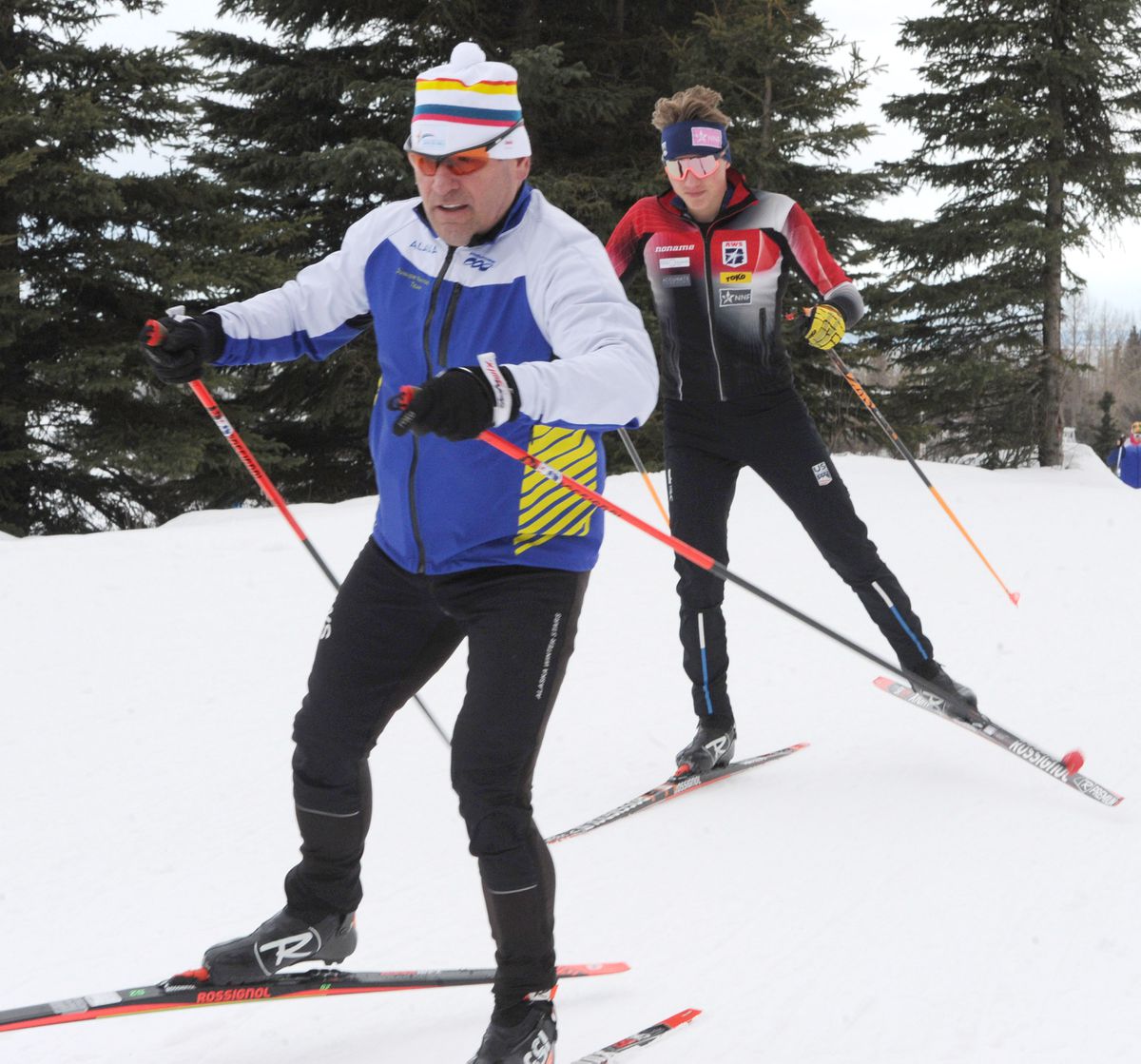 Alaska’s skiers — and ski coaches — are still making news, long after the end of the cross-country season.

The U.S. Ski Team has tapped 10 Alaskans for its 20-member national team, U.S. Ski & Snowboard honored Jan Buron of the Alaska Winter Stars and Alasdair Tutt of the Nordic Ski Club of Fairbanks as its top coaches from last season, and the UAA ski team is bringing back Trond Flagstad to coach its nordic team.

And there’s more: In selecting its top athletes and coaches of the year, U.S. Ski & Snowboard last week picked the members of the men’s relay team who won a historic gold medal at the World Junior Championships as the cross country athletes of the year. That team included Anchorage skiers Gus Schumacher and Luke Jager, who collected an award that last year went to Olympic gold medalists Kikkan Randall and Jessie Diggins.

“It’s really cool, especially when you look at who else is on that list,” Schumacher said. “To be recognized with those people is really meaningful.

“It’s based on one result, so to have that one race be such an indicator of where we’re going as a sport and as a country is cool. It’s cool to see those milestones and hopefully they keep coming.”

Schumacher, 18, and Jager, 19, are among the 10 Alaskans who were named to the U.S. Ski Team announced last week.

Joining them is 16-year-old Kendall Kramer of Fairbanks, who is still in high school, and 21-year-old Hannah Halvorsen, a skier from Alaska Pacific University’s nordic program.

Other national-team selections are APU’s Scott Patterson and Hailey Swirbul and Patterson’s sister Caitlin, who grew up in Anchorage and trains in Vermont. All three are on the B team.

Buron, the founder of the Alaska Winter Stars, was honored as the international coach of the year. Schumacher is the star of the AWS program, which over the years has produced many of Alaska’s top juniors.

Buron credited his award to Schumacher’s big season and the work put in by the club’s skiers and coaches. The awards, he said by email, “show to me, our athletes and all the coaches that AWS’ work and dedication is right on track.”

Buron has previously been recognized as the top domestic coach in the country. This year that award went to Tutt, whose skiers include Kramer. Kramer and Schumacher swept the gold medals at this year’s U.S. Junior National championships.

The other big news is Flagstad’s return to UAA, where he worked with nordic skiers from 2004-11. He replaces Andrew Kastning, who took a job with the Alaska Department of Fish & Game, UAA head coach Sparky Anderson said.

Flagstad was named the NCAA West Regional nordic coach of the year in 2009, when he helped UAA to a program-best fourth-place finish at the NCAA championships. In his time with the Seawolves he coached three skiers who won national championships, eight runners-up and 32 All-Americans.

Flagstad and his family — wife Lindsey and three children who were born in Anchorage — will move to Anchorage from Norway this summer. Flagstad is from Norway and works in Lillehammer as a coach at NGT, “arguably the best high school ski academy in Norway — the school has produced dozens of Olympic champions in XC skiing, biathlon, ski jumping and hockey players playing in the NHL,” he said by email.

“I missed UAA and have many times wondered if leaving was the wrong decision,” Flagstad said. “When I got the opportunity to coach at UAA again I knew it was meant to be. Sparky and I worked really well together in the past and I am excited to have the chance to work with him again.

“My philosophy has always been to recruit and develop skiers that continue to be competitive skiers after UAA. As in the past I would like our program to be known for producing skiers that move on to the US ski team, other countries’ national teams or to professional clubs like the APU ski team ... I would like skiers to want to come to UAA because they know the quality of coaching we provide will make them better skiers.”

Flagstad is a two-time Mount Marathon winner, but he said mountain runners need not worry about his return to Alaska. The cartilage in one of his ankles is shot, “which I can attribute to too many trips up and down the mountains,” he said.