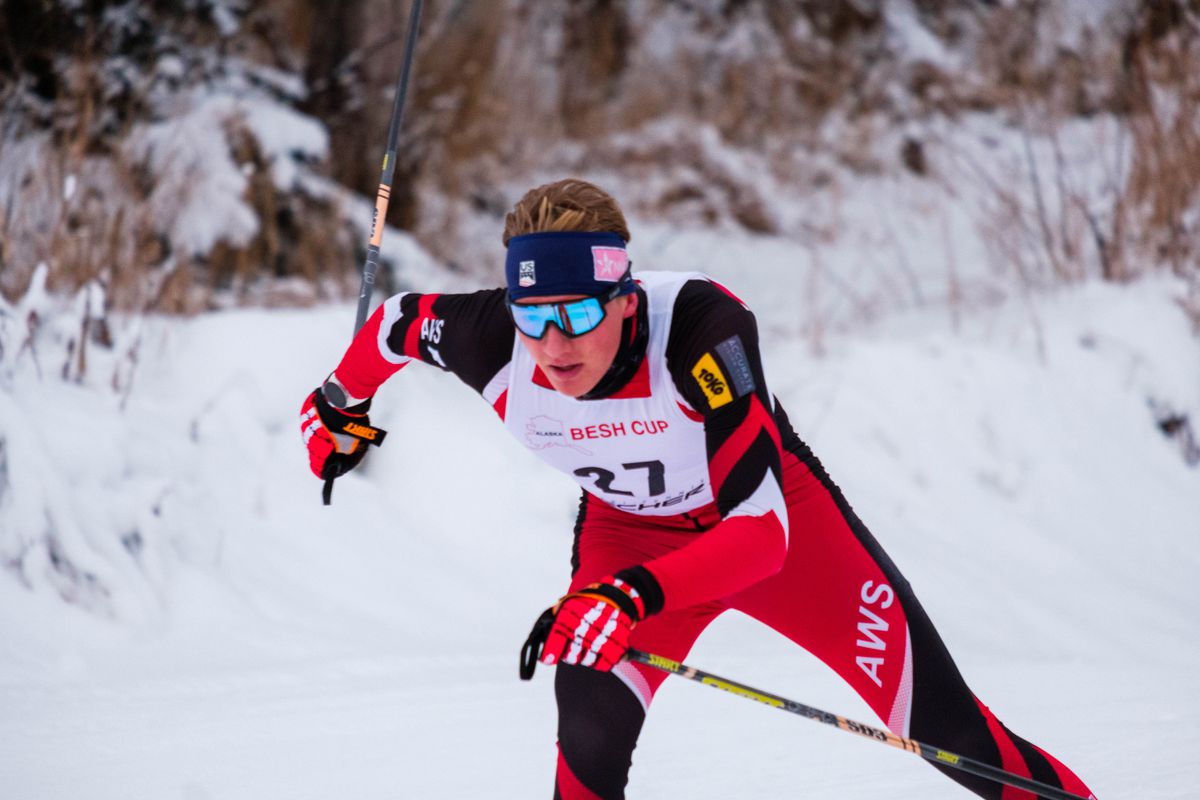 Big talent was on display at a small cross-country ski race Saturday at Government Peak.

Anchorage’s Gus Schumacher, the nation’s top junior-level skier the last two seasons with medals in two consecutive World Junior Championships, was untouchable in the men’s 10-kilometer race. He won the interval-start race by 30 seconds in a time of 26 minutes, 48 seconds.

UAF’s Mariel Pulles, who skied for Estonia at last season’s World Championships and World Junior Championships, blazed through the women’s 5K to win by 24 seconds in 15:28.

The races were part of the Alaska Cup, the two-day, season-opening college races for UAA and UAF.

Schumacher isn’t a college skier – he’s a 2018 Service High graduate who opted to keep training at home with Winter Stars coach Jan Buron rather than ski at the college level. He’s a member of the U.S. Ski Team but probably won’t race for the national team until later in the season.

Claiming the next five spots behind Schumacher were five UAA skiers, a group led by Magnus Noroey (27:18), a freshman from Norway. JC Schoomaker, a sophomore from California, was third (28:12).