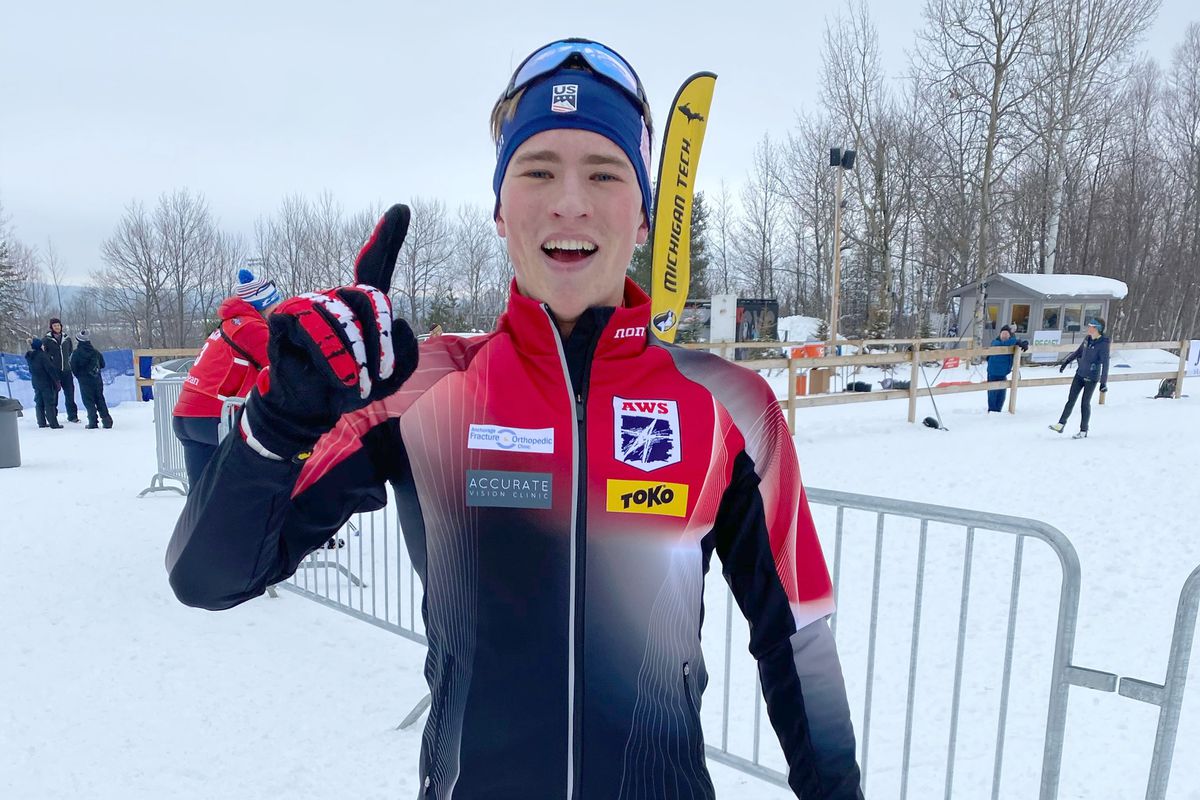 “I’m super-proud of doing that well against those guys,” Schumacher said by phone. “It’s the strongest national field there’s been in a while.”

Schumacher, an Alaska Winter Stars skier and Service High graduate, was part of an Anchorage sweep at the Michigan Tech Nordic Skiing Center in Houghton.

Schumacher won Thursday’s sprint final by nearly one second to complete a strong day of racing.

Competing in a field of 198 men that included a handful of World Cup skiers who returned to the United States for the national championships rather than stay in Europe for the annual Tour de Ski, Schumacher clocked the second-fasted qualifying time and won his quarterfinal and semifinal heat to advance to the six-man finals.

“I thought the finals were a reasonable goal,” he said. “Last year I made the finals in the skate sprint and fell three-quarters of the way through. I was left wanting more that day, so I knew it was a possibility.”

The top qualifying men’s time came from JC Schoonmaker, a sophomore at UAA who wound up placing 13th.

Schumacher and Thomas O’Harra of Anchorage both made it to the finals, where O’Harra set the early pace in the 1.5K race.

“It ended up playing out pretty perfectly for me,” Schumacher said. “Thomas went out first so I was able to draft behind him and conserve some energy. I had a little more energy than him and some of the other guys at the end so I went as hard as I could.”

He said he realized the victory was his in the final 10 meters.

“It was a really good feeling,” he said. “It was definitely one of the best feelings I’ve had, other than the (World Junior) relays. Those are still bigger, but I think this one was a pretty big one.”

Schumacher finished in 3 minutes, 2.95 seconds to beat Ben Saxton of Stratton, Vermont, by .93 of a second. O’Harra finished sixth.

Swirbul won the women’s final in 3:36.47, edging Alayna Sonnesyn of Stratton, Vermont, by .34 of a second. Third place went to Caitlin Patterson, an Anchorage skier who lives and trains in Craftsbury, Vermont.

Swirbul spent the first part of the season competing in World Cup races in Europe, scoring points in two of them.

She came to Anchorage from Colorado in 2016 to ski for UAA. After collecting two medals at the 2017 World Juniors, she left UAA — and NCAA skiing — to become a member of APU’s training group.