After checking out World Championship courses, Anchorage skiers get a week off from World Cup racing 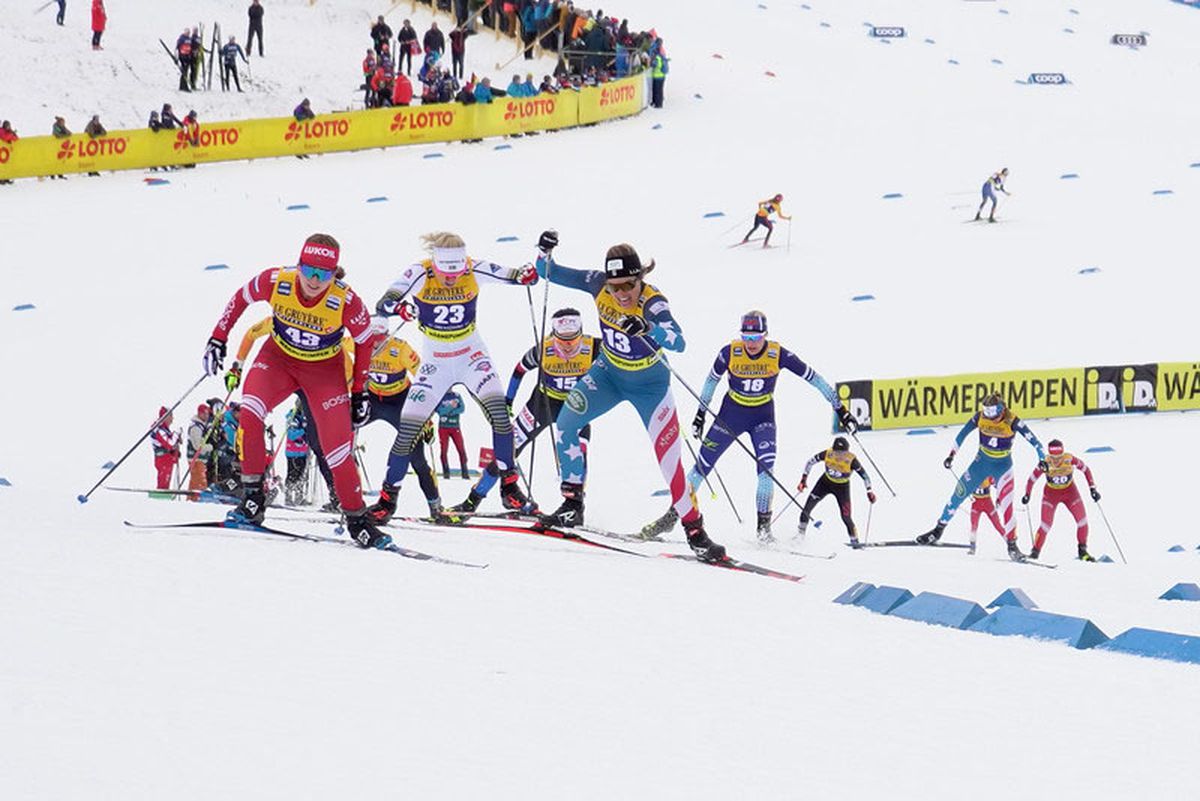 Rosie Brennan of Anchorage (bib 13) crests a hill in a World Cup skiathlon in Oberstdorf, Germany. She placed 17th in the race to lead the U.S. Ski Team. (Sarah Brunson / US Ski Team)

Rosie Brennan of Anchorage (bib 13) crests a hill in a World Cup skiathlon in Oberstdorf, Germany. She placed 17th in the race to lead the U.S. Ski Team. (Sarah Brunson / US Ski Team)

After getting a taste of what awaits them at next season’s World Championships, Sadie Maubet Bjornsen and Rosie Brennan get a week off on the World Cup tour, where both Anchorage skiers rank among the world’s top 16 women.

Brennan is coming off a great week in Oberstdorf, Germany, the site of the 2021 World Championships for cross-country skiing.

She was the top American in the 15-kilometer skiathlon, placing 17th, and she recorded a career-best finish of 16th in the freestyle sprint.

Bjornsen, who said she is still recovering from the demanding Tour de Ski, skipped the skiathlon and placed ninth in the sprint.

“It was one heck of a thrill out there today on the courses for next year’s World Championships,” Bjornsen said by email. “This is certainly one of the hardest sprint courses I have sprinted on, but I really enjoyed it.”

The newly designed sprint course is 1.5 kilometers in length, longer than many courses in the sport. Brennan said that’s a good thing, at least for her.

The course “has some good striding which I was really excited about,” she said by email. “I know there are probably some sprinters that aren’t excited about the length but I felt the course did a good job of including all kinds of skiing and really rewarding good skiers.”

As for the distance course, Brennan said it is hillier than the venue’s previous course, although she didn’t ski all of it. Only 3.75 of the 7.5K course was used because of lack of snow, but Brennan liked what she saw of it.

While Bjornsen and Brennan used their results in Oberstdorf to remain in the top 16 of the World Cup standings — Bjornsen ranks 7th, Brennan 16th — a pair of APU men turned in milestone races there.

David Norris placed 28th in the skiathlon to score World Cup points for the third time in his last four races. He had three career top-30 finishes coming into the season, so he has doubled that total with several races remaining in the season.

World Cup racing resumes Feb. 8-9 in Sweden with mass-start distance races and another classic sprint. Bjornsen said she welcomed the weekend off, because she is still recovering from the nine-day, seven-race Tour de Ski, which included races in two countries.

“I do believe the Tour de Ski brought a new level of fitness to my body, it just takes me a bit of time to absorb all the hard work,” she said. “With two weeks of resting, some training, and some excitement, I will take on this classic sprinting again in Falun.”