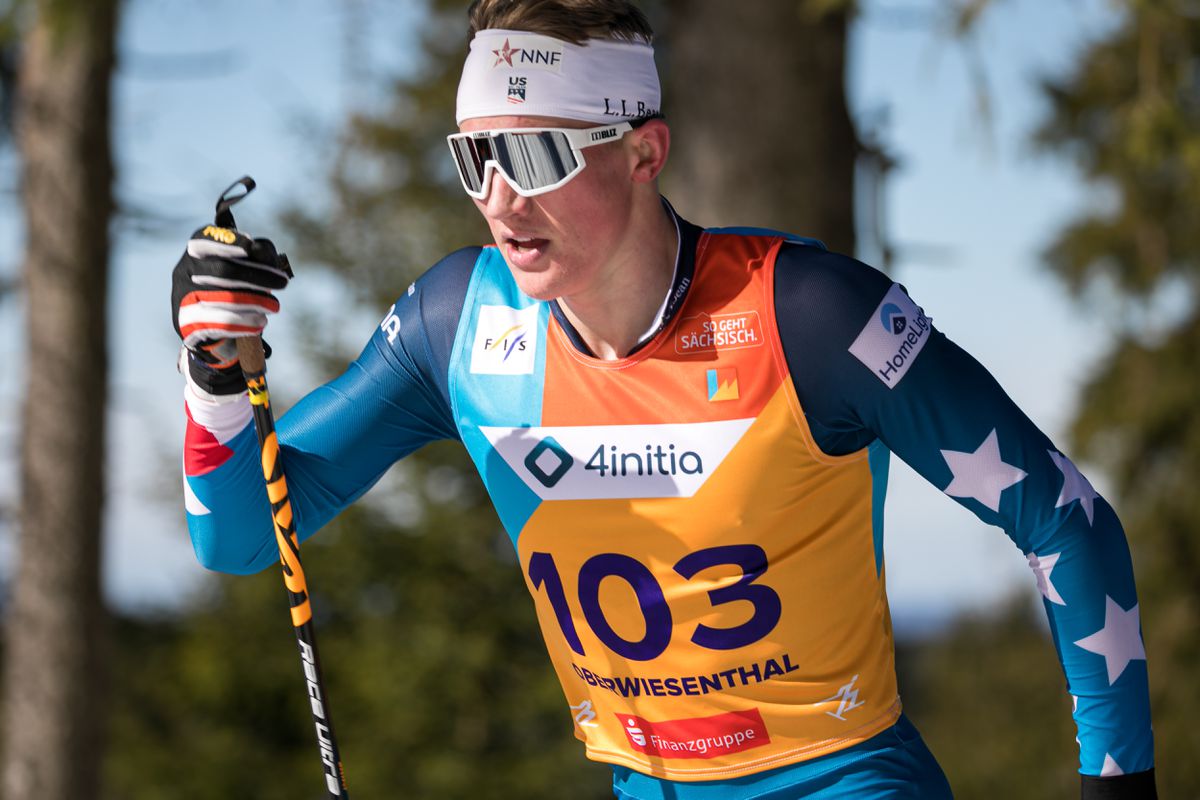 Gus Schumacher skis in the 10K race of the World Junior Championships March 2, 2020. He won the gold. (Photo by Studio2.Media)

Gus Schumacher skis in the 10K race of the World Junior Championships March 2, 2020. He won the gold. (Photo by Studio2.Media)

Anchorage skier Gus Schumacher followed up his historic gold medal on Monday with a fifth-place finish Wednesday at the World Junior Championships in Oberwiesenthal, Germany.

Schumacher, 19, was the top American finisher in the 30-kilometer mass-start freestyle race. He was nearly a minute behind winner Iver Andersen of Norway, who finished the race in 1 hour, 13 minutes, 39 seconds.

Two other Americans cracked the top 20 — Luke Jager of Anchorage was 19th and Johnny Hagenbush of Idaho was 20th. Zanden McMullen of Anchorage finished 35th.

In the women’s 15K free, Sophia Lauki of Vermont matched Schumacher with a fifth-place finish. She was nearly 90 seconds behind winner Helene Marie Fosseholm of Norway, who clocked 35:55.6.

He has three top-10 finishes in three races. He was the top qualifier in Saturday’s sprint race and placed seventh after failing to make it out of the semifinals, and followed that up with a victory in Monday’s 10K classic. Schumacher’s victory gave the United States its first individual gold medal in World Junior history and its first individual medal of any kind for a man at World Juniors.

So far the only other medal for the Americans in Oberwiesenthal came in the U23 women’s sprint, where Julia Kern of Massachusetts took the bronze medal.

In Tuesday’s U23 classic races, Kern grabbed fourth place and Anchorage’s Hailey Swirbul — a two-time medalist at the 2018 World Juniors — was seventh in the women’s 10K. Ebba Andersson of Sweden won in 28:28.7, with Kern 38 seconds back and Swirbul 63 seconds back.

Anchorage’s Hunter Wonders led the Americans in the men’s 15K classic. Part of an Alaska Pacific University program that also includes Swirbul and Jager, Wonders finished 2:08 behind Sergey Ardashev of Russia, who won in 36:26.4.