Two-time Olympian Erik Bjornsen of Anchorage is retiring after seven seasons on the U.S. Ski Team 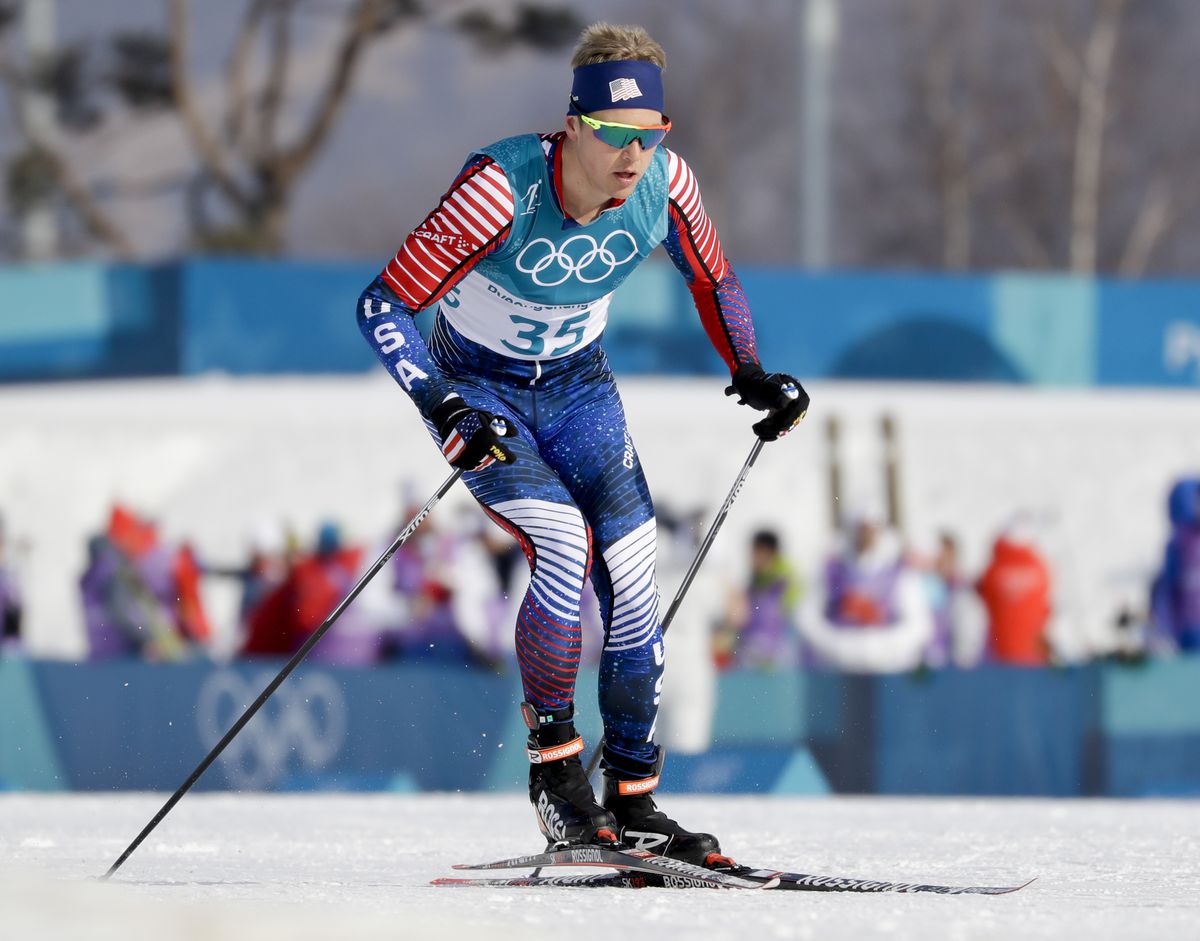 The pinnacle of Erik Bjornsen’s ski-racing career came at the 2014 Winter Olympics in Sochi, Russia, where he was a 21-year-old kid living a fantasy. Like most Olympians his reward was memories, not medals, and those memories still thrill.

“I had dreams of making the Olympics, but I didn’t think it would be a reality — that I would come to Alaska when I was 18 and three years later be in Sochi,” Bjornsen said.

It was a long, fun ride, one that has lasted his entire adult life and included two Olympics, four World Championships, six seasons on the World Cup tour, seven years on the U.S. Ski Team and 12 medals — half of them gold — from numerous national championships.

Bjornsen, a six-time national champion, is retiring at age 28 — a decision he made early in the 2019-20 World Cup season and one he said he is perfectly content with.

“Honestly it feels natural, and the timing is right,” he said this week.

Bjornsen got married in the summer of 2018 to Marine Dusser, a cross-country ski coach at UAA, and together they are chasing new dreams, including a fledgling adventure travel company. They live in an Anchorage duplex remodeled by Bjornsen, the son of a general contractor who will use the skills he learned from his dad to support himself as he adjusts to life after professional ski racing.

Bjornsen knows athletes who struggle for years with the notion of retirement, but it took him about six months to work his way through the mental process of leaving a full-time career in a sport he loves.

One of his first clues came in November as he prepared to leave Anchorage for the World Cup tour, which puts him in Europe for a few months every winter.

“When I was younger there was nothing I would rather have done than go to Europe and race. It was very much like a vacation,” Bjornsen said.

“In November I remember thinking, ‘It’s hard to leave here,’ ’’ he said.

Around the same time, his appetite was changing. He still loved competition and the pursuit of fitness, but it didn’t consume him the way it did in his early days in Anchorage, when his ski career took off.

Bjornsen, who grew up in Washington’s Methow Valley, came to Alaska in 2010 to ski at UAA, following a trail blazed by his older sister Sadie. Both were NCAA All-Americans for the Seawolves before they left college skiing to join Alaska Pacific University’s elite nordic program. Both became two-time Olympians, and Sadie finished the 2019-20 World Cup season as the eighth-ranked woman in the world.

Back in his early days in Anchorage, Bjornsen craved the ski-racing lifestyle.

“For me it was never a question of whether or not I wanted to ski another year,” he said. “I was always so hungry for more racing, more training. I couldn’t take more than a few days off without getting hungry.

“I think I just realized there were other priorities. It wasn’t like I lost that feeling (of being hungry) — it was like that feeling went down on the priority list.”

Bjornsen was in Europe for the first few weeks of the 2019-20 World Cup season, skiing three races in Finland and two in Norway. As Christmas approached and Bjornsen and some of the other Americans headed home for the holidays, Bjornsen knew he wasn’t going back.

He spent a few weeks racing in the Lower 48 — in January he won a gold medal and a bronze at the U.S. national championships in Michigan, and in February he placed sixth at the American Birkiebeiner in Wisconsin.

He got back to Anchorage right just as the new coronavirus started to spread. In March, he placed second in the 50-kilometer Tour of Anchorage.

At that point, the Bjornsens were planning the first trip offered by their new travel company, Bjorn to Adventure. It was a spring skiing trip to Iceland, but not long after the Tour of Anchorage, the pandemic was in full swing and all of the company’s scheduled tours were canceled. For now the couple is putting things on hold with the hope of reviving their dream in a year or two.

“We’re not going to stop with that, but it’s on the back burner,” Bjornsen said.

Bjornsen won’t stop skiing either. He still spends hours in the mountains skiing and hiking every day, and he’s a talented mountain runner who last year won Bird Ridge with the fifth-fastest time in history.

He expects he will miss being with the U.S. Ski Team when World Cup racing begins next winter, and he is a bit regretful that he is leaving right when a new wave of exceptional men are coming on board — young skiers like Gus Schumacher and Luke Jager of Anchorage.

But he’s proud of his career, and grateful for the memories and opportunities it gave him.

“I had a lot of fun, especially in my early 20s,” Bjornsen said. “Sochi was hands-down the best two weeks of my athletic career. Pyeongchang, to represent the country twice at an Olympics, was a cool experience.”

The next Olympics are tantalizing close — two years from now in Beijing. Bjornsen remains one of the country’s best skiers, even with the young guns coming up, but the lure of a third Olympics just isn’t there, he said.

“I always had the goal of being the best, but I realized that wasn’t my main goal anymore,” Bjornsen said. “I’ll cross-country ski for the rest of my life, but I won’t be racing on the World Cup.”

The best of Bjornsen