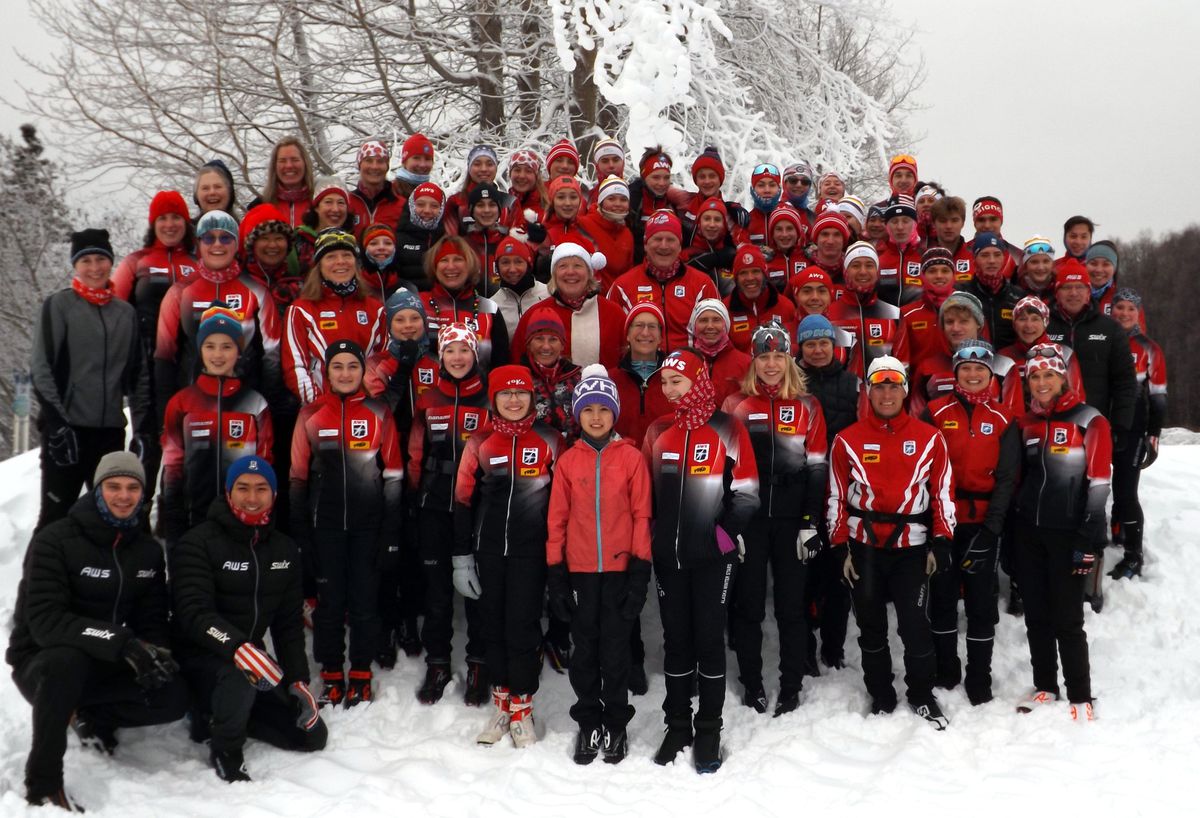 Members of the Alaska Winter Stars gather for their annual Christmas photo in December 2019. The Anchorage club was named the cross-country ski club of the year by U.S. Ski & Snowboard. (Photo by Jan Buron)

Members of the Alaska Winter Stars gather for their annual Christmas photo in December 2019. The Anchorage club was named the cross-country ski club of the year by U.S. Ski & Snowboard. (Photo by Jan Buron)

The Alaska Winter Stars, the Anchorage club that put a skier on top of the podium at the 2020 World Junior Championships, and Hannah Halvorsen, the Anchorage skier who was severely injured when she was hit by a car last fall, collected awards this week from U.S. Ski & Snowboard.

The Alaska Winter Stars, created in 1997 by head coach Jan Buron, was named the cross-country ski club of the year. It’s the second time AWS has won the award (2010 was the first) and the fourth time an Alaska club has won it.

“Warmed my heart to get that one,” Halvorsen said by email Tuesday.

A 22-year-old from California, Halvorsen joined the APU team a few years ago. She was coming off a strong 2018-19 season and was poised to start the 2019-20 season on the World Cup circuit when she was hit by a Jeep while crossing a street in downtown Anchorage.

She missed the entire season with numerous injuries and only recently began to walk again.

“This award immediately confirmed my suspicions that I am surrounded by a very loving bunch,” Halvorsen said in a release from U.S. Ski & Snowboard. “Throughout this difficult season of injury, I haven’t gone a week without hearing from at least one of my teammates. Thank you to my teammates — not only for voting me for the Buddy Werner Award but for never forgetting about me. You guys are where I learned the value of sportsmanship.”

[Hannah Halvorsen had big plans for the ski season. Getting hit by a car changed everything]

The Buddy Werner Award is named for the downhill skier who made three Olympic teams — 1956, 1960, 1964 — and was the first American to win the famed Hahnenkamm downhill race in Kitzbühel, Austria. Less than a month after the 1964 Winter Olympics, he was killed in an avalanche in Switzerland.

The award has gone to Alaskans on three previous occasions. Hilary Lindh won it in 1996 and Kikkan Randall won it in 2011 and 2018.

The Alaska Winters Stars was honored as the nation’s top cross-country club after a season that saw its skiers succeed at every level — from middle school to masters, from high school to World Juniors.

The highlight was Gus Schumacher’s performance at the World Junior Championships, where he became the first American to win an individual gold medal and anchored the U.S. men’s team to a second straight gold medal in the relay race.

The club has more than 60 year-round members and a coaching staff led by Buron, who on three occasions has been named U.S. Ski & Snowboard’s domestic cross-country coach of the year (2019, 2010, 1999).

Club awards have been presented since 1998, and Anchorage cross-country clubs have been honored four times — APU earned the award in 2018 and 2011.