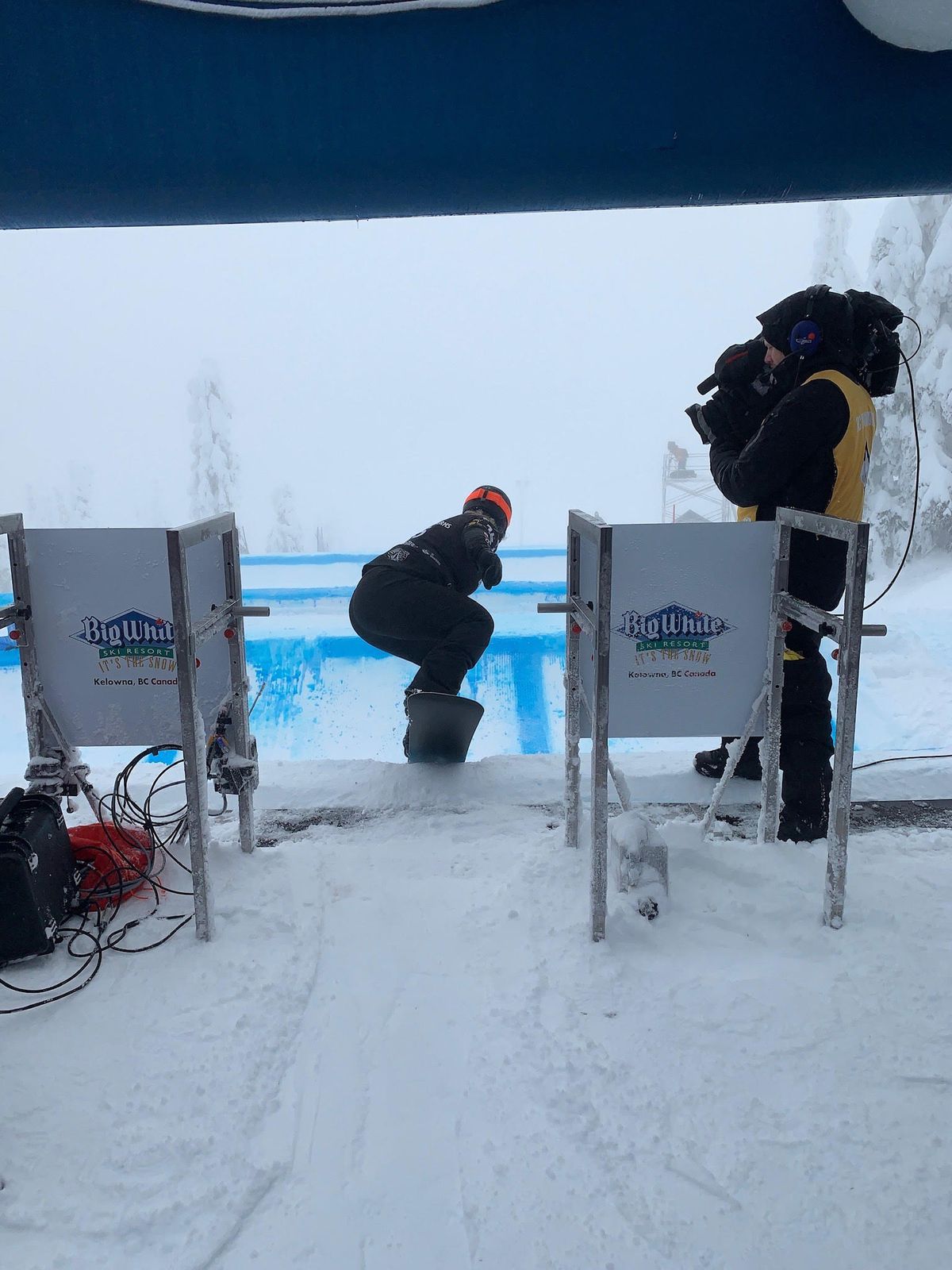 Rosie Mancari leaves the starting gate at a Nor-Am boardercross race in Kelowna, British Columbia, in January. The race was one of her first since she ruptured both Achilles heels at the 2018 Winter Olympics. (Photo courtesty of Rosie Mancari)

Rosie Mancari leaves the starting gate at a Nor-Am boardercross race in Kelowna, British Columbia, in January. The race was one of her first since she ruptured both Achilles heels at the 2018 Winter Olympics. (Photo courtesty of Rosie Mancari)

Rosie Mancari is loving her new normal — mostly because it’s almost like her old normal.

After a complicated recovery, Mancari, 26, is back on her feet and back on the U.S. Ski Team, which earlier this month named her to the nine-person national team for snowboardcross.

Mancari returned to competition in the second half of last season and appeared in six races, including three World Cup races. Her final World Cup race was in Spain on what she called a “pretty gnarly, pretty bad” course, and in three attempts she failed to complete a run.

“And then it was the end of the season,” she said.

Just like that, the new coronavirus shut down the world as we know it. In mid-March, Mancari flew to Salt Lake City, where there is an Olympic Training Center, and quarantined on her own.

Take away the fact she was staying home because of a mandate, and it almost felt normal.

“It was nice to decompress at the end of the season,” she said. “That’s what we do this time of year anyway, except normally you dream of being on a beach somewhere.”

Mancari has since returned to her job as a nanny and is spending free time camping and biking. She’s not sure when training will begin for next season — national and regional camps are on hold as the COVID-19 pandemic continues — but she’s eager for what could be her first “normal” season since 2016-17. That was her last full, healthy season.

“I’m getting back to where I was at the Olympics,” she said. “I think I have the potential to get better than I was before I was injured.

“It’ll be a lot of hard work, but I’ve been putting in hard work ever since I decided to commit to snowboarding. Boardercross is a sport where experience helps so much. I’m not a kid who wants to go as fast as possible and be really reckless. I’m using (my) experience. A lot of people in boardercross peak in their 30s. It’s crazy because you can be in your late 20s and still be getting better.”

Mancari is the youngest of three women on the U.S. team — Lindsey Jacobellis is 34, and Faye Gulini is 28.

Her return to snow happened in June 2019, following more than a year of rehab and eight surgeries on a troublesome left ankle. Her first race happened in late December 2019.

Snowboardcross is a sport that challenges racers with jumps, drops, turns and berms; riders go head-to-head, usually four at a time, and crashes are common. At the first national-team training camps of every season, riders spend 14 days free-skiing before taking on any of the other elements of their sport, Mancari said.

For her comeback season, she took things slower than usual.

“I slowly introduced everything back,” she said. “It (took) a long time to feel like I belonged on a boardercross course.

“You don’t want to get hurt again. That’s always in the back of your head. So it definitely took some time. Boardercross courses are hard to (find) — most of the time you have to travel to Europe — so it was hard to get all of the time I needed on a course before I raced again.”

[Alaska Olympian is back on her feet, but still on the comeback trail]

She approached the season as a training year rather than a competitive year. “I was just trying to get my board back under me,” she said.

And when she crashed again? It was a relief.

“I took a couple of good falls and I was honestly so glad the first time,” she said. “It was that relief — OK, my body can still do that. OK, I can still crash.”

The crash that sent her home early from the Pyeongchang Olympics was a freak accident, Mancari said, something she doesn’t think she could recreate if she wanted to.

While her right ankle healed nicely, her left ankle did not. It got infected, producing what Mancari calls “a volcano of pus” that required several surgeries to address. Her left foot was in a walking boot from February 2018 to December 2018.

“Everybody sees athletes as these warriors — ‘Oh, I got hurt, it’s nothing.’ I think it’s important to highlight that everybody has up and down days,” Mancari said. “There are down days, but optimism is always keys to getting by. You have one day where everything is going great, and the next day you think, ‘I’m never going to get through this. What do I do?’

“There were points in my rehab where I thought, ‘Is it ridiculous that I’m even trying to do this?’ So getting back on track justified all that hard work.”