Bad news for nordic skiers: No national championships, no junior nationals in 2021 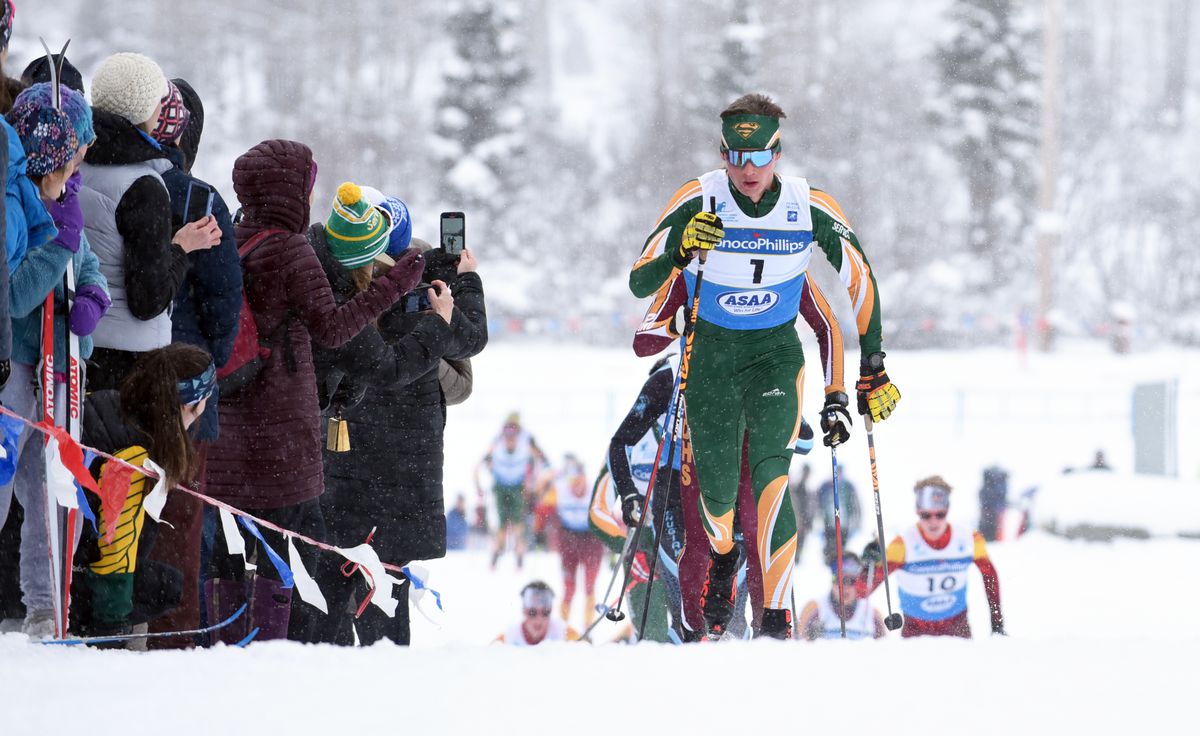 Regional events can be held, but national events will not be held because of the COVID-19 pandemic, U.S. Ski and Snowboard announced.

The news is a blow, said Erik Flora, the head of Alaska Pacific University’s nordic program.

“SuperTour, national championships -- for a lot of the athletes, that’s their steppingstone. Everything they know just disappeared,” he said. “There goes their big championships.”

Flora said skiers gathered Thursday morning for a time trial, but their focus was on the cancellations.

Zander Maurer, an Alaska Winter Stars skier, said he was prepared for the possibility of championships being canceled, and he understands why they are being canceled. But he was disappointed all the same.

“I’m pretty bummed. It’s a lot of big experiences that aren’t going to be part of the ski season,” he said. “But it’s best to keep every athlete healthy.”

Maurer, a Service High senior, won his first high school championship last February before the novel coronavirus disrupted life around the world. He has two more seasons to ski at the junior level, and one of his goals is to qualify for the World Junior Championships. If that can’t happen this season, he’ll at least have one more season to chase that dream.

The impact of the cancellations will vary depending on where a skier is their career, Flora said.

The World Cup season is expected to happen -- an official decision won’t come until Sept. 15 -- so the season could largely go on as planned for Alaska’s most elite skiers.

For others, the cancellations will be disrupting and possibly devastating.

“If it’s someone who’s retiring this year, their season’s done. Their career ended with their season getting canceled,” Flora said. “For others, it’s a year to refocus, reduce travel and focus on the future.”

“The biggest thing it’s done is solidify my decision to go over to race the World Cup,” he said. “I wasn’t totally sure if I’d accept my race starts for the early season but now I will for sure go if they’re happening. Hopefully the World Cup is able to happen and I can stay over in Europe for a lot of the winter.”

Alaska’s most elite skiers are likely to be in Europe with Schumacher, but everyone else is likely to stay home. With no SuperTour races in the Lower 48, high-ranking competitors like Hunter Wonders and Becca Rorabaugh will spend the winter here -- and that will make races in Alaska more competitive than ever.

“A year out, you get yourself into good position,” said Flora, who has guided numerous APU athletes to the Olympics, including 2018 gold medalist Kikkan Randall. “Your resume is built in this year.”

Team selections for the 2022 Winter Olympics won’t be made until the 2021-22 season. Typically U.S. selections are based at least partly on International Ski Federation (FIS) point standings, and one of the best ways for skiers to improve their points is to do well at races that attract skiers with good FIS points. With Wonders, Rorabaugh, Thomas O’Harra and other SuperTour skiers staying home, Alaska’s FIS races should offer good point-scoring opportunities, Flora said.

“Typically that top group of racers disappears in the winter (to race at higher levels),” he said. “This year they’re going to be here. For every single local race, the depth just jumped up.”

Maurer said he’s had similar thoughts. As nordic skiers across the country narrow their focus from national events to regional events, he thinks Alaskans are in better shape than skiers in some of the other regions.

“We live in a great place to train. No one has an advantage over us at this point,” he said. “... I’ll stay motivated because I still have some pretty big dreams for the next couple of years.”