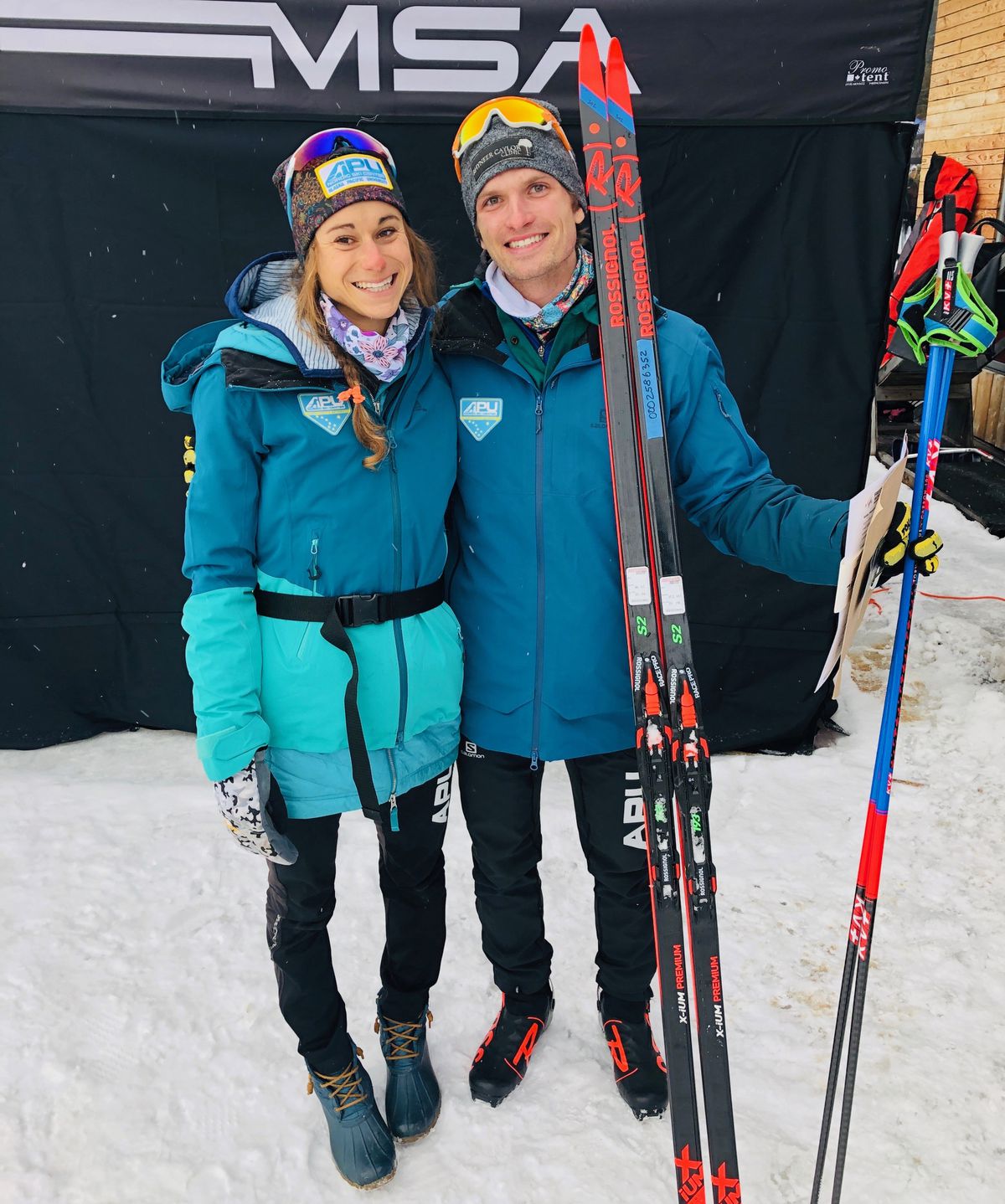 To hear Anchorage cross-country skier Jessica Yeaton tell the story of her 2020 American Birkebeiner victory, David Norris did all the hard work. All she had to do was show up and ski 50 kilometers faster than 783 other women, a fast crowd that included several Olympic skiers.

Norris served as travel agent, press agent, coach and wax technician for his longtime girlfriend — all while thousands of miles away in Europe, where he was competing in World Cup races for the U.S. Ski Team.

He went online to find an affordable flight from New Mexico to Wisconsin that departed late enough for Yeaton to complete a college exam in the morning and arrived early enough for her to get a good night’s sleep the night before the race.

He emailed the people he stayed with when he won the Birkie in 2016 and arranged a place for Yeaton to stay. He contacted one of his former ski technicians, who agreed to wax Yeaton’s skis.

Then he stayed up late the night of the race — he was in Norway, several time zones ahead of Wisconsin — to follow updates online, even though he had a 30K race of his own the next day. After Yeaton broke away from the lead pack to turn the race into a triumphant time trial, Norris emailed an Anchorage reporter to share the news.

The next day he emailed again to say he’d been told he and Yeaton are the only couple with 50K victories in the American Birkebeiner, the biggest cross-country race in North America.

Norris, 29, and Yeaton, 28, are an Alaska power couple with the emphasis on power, the physical kind needed to climb hills in ski races and rugged peaks in mountain races.

Both are Birkie champions, and in 2018 they both captured Mount Marathon victories to become one of a handful of couples to win titles on the same day in Seward (there are at least two others — Kilian Jornet and Emelie Forsberg both won in 2015, and Sam Young and Carmen Young both won in 1986).

Norris is from Fairbanks and Yeaton is from Anchorage, and both are longtime skiers who met through skiing. They’ve been together 10 years.

Norris just returned to Alaska after spending much of the summer in Albuquerque, where Yeaton is halfway through the University of New Mexico’s three-year physical therapy doctoral program. There in the heat and the high altitude, Yeaton helped out Norris the way he helped her out with the Birkie.

“She learned all the roller-ski routes and knew all the good running and bike trails so when I come here I don’t have to waste time figuring out where to do my workouts,” Norris said.

[Skiers put on a show at Mount Marathon, with Jessica Yeaton winning her rookie run]

[With a top ultrarunner on his heels, David Norris takes back Mount Marathon title]

Although the pandemic has put many sports on hold, staying fit remains a full-time job for Norris, a top American skier who said he treated his time in New Mexico as a high-altitude camp.

Last week, Norris returned to Anchorage to train with the Alaska Pacific University ski team. In about three weeks he’ll head to Finland for the start of the World Cup season.

The races are a go despite the pandemic, but it won’t be business as usual. No spectators will be allowed — in Europe, World Cup races draw huge crowds — and athletes will be tested for COVID-19 at the ski venue.

There will be other changes too, Norris said.

“Normally we have all three meals at a pretty popular dining hall, but we’re doing breakfast and lunch in our apartments. It’s an attempt to limit exposure,” he said.

Norris said he debated whether to go to any World Cup races at all this winter.

“That was the only real tough decision I’ve had to make through all this stuff, was if I (was going to) stay put in Alaska all winter,” he said. "It seems like if people have opportunities to race, they’re taking them with the hope and faith (organizers are) doing a good job with planning everything.

“All of us are trying not to be irresponsible for pursuing athletics at this time.”

He decided to go to Europe for the first three weekends of the World Cup season and be flexible after that.

“I’m kind of leaning towards coming back to the States, but I’ll see how it’s going," he said. "Part of it is not knowing how much of a hassle and stress it is to live in Europe during COVID.”

Norris is most famous for breaking the Mount Marathon record in 2016 — his first of two wins in Alaska’s popular mountain run — but he’s a full-time ski racer.

He placed 20th in the 50K freestyle at the 2019 World Championships two seasons ago, and he’s coming off a strong 2019-20 season during which he scored World Cup points in five races by finishing in the top 30.

His chance to collect more points were stymied when COVID-19 shut down the season in March, just before World Cup racing was set to come to the U.S. and Canada.

Americans cherish the opportunity to race in North America, and while Norris was disappointed by the cancellations, he used the free time to finish the final two classes he needed to earn an MBA at APU. It took him seven years to complete the program, because he was racing all of those years.

“That’s one of the great things about APU, is you can plug away at it,” Norris said. “While Jess was skiing at APU, she got a psychology degree.”

Yeaton currently is studying full time in Albuquerque while also maintaining her fitness in advance of the 2022 Winter Olympics. She was born in Australia and was 12 years old when her family moved to Anchorage, and she was a member of Australia’s Olympic team at the 2018 Pyeongchang Games.

A year later Yeaton was the Birkebeiner champion, and 15 days after that she won the women’s title at the Tour of Anchorage with an impressive performance that placed her eighth overall in a 50K field of 130 men and 49 women.

The last time Yeaton and Norris competed at the same big race series was the 2019 U.S. Championships in Vermont, where Yeaton turned in two podium finishes — second in the 10K classic and third in the 20K freestyle — and Norris won the 30K freestyle.

Yeaton started school in New Mexico not long after that and the two haven’t done a lot of skiing together since, but they got unexpected time on skis the day before Norris left Albuquerque.

“It was 100 degrees last week and it snowed a foot last night,” Yeaton said on Tuesday. “I had a snow day today.”

Twice that day, they took their skis to a golf course and made tracks.

“It was pretty bad skiing, but it was fun just to put on the skis,” Yeaton said.