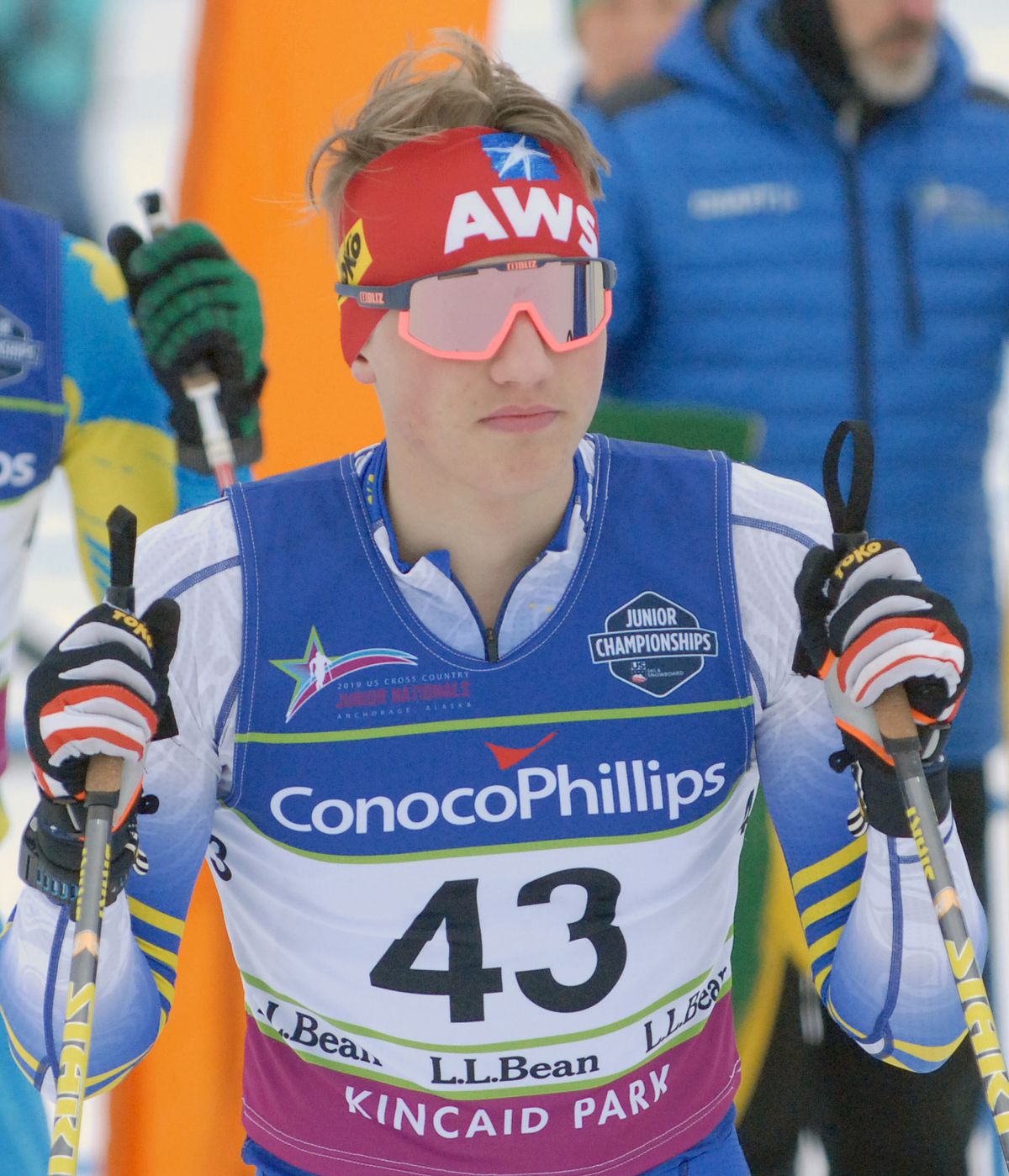 After finishing his teenage years as the top junior-level cross-country skier in the world, Gus Schumacher of Anchorage is showing he’s more than ready for the next level.

It was the third straight top-15 result for Schumacher, an Alaska Winter Stars skier and Service High graduate. Combined they propelled him to 18th place in the demanding 15th annual Tour de Ski, an eight-race series with two races to go.

In the women’s 10K race, Anchorage’s Rosie Brennan had the worst race of an otherwise stellar season. She placed a distant 31st, two minutes off the winning pace, yet held onto the overall World Cup lead.

Jessie Diggins of Minnesota led the Americans with a ninth-place finish and held onto her Tour de Ski overall lead. Brennan, who ranked second after five races, slipped to seventh place.

Schumacher was in fifth place with 2.5 kilometers to go before dropping into eighth place at the finish. He finished 11.4 seconds behind winner Alexander Bolshunov of Russia, who won in 31 minutes, 33.7 seconds, and was less than eight seconds off a podium spot. He was three seconds ahead of the ninth-place finisher.

”The strategy today was to relax as much as possible in the pack and make sure I was skiing well technically to conserve as much energy as possible,” Schumacher said.

Afterwards he sounded more like a young skier learning the ropes in his first World Cup season than a guy who’s setting the pace for the U.S. men’s team and more than holding his own in the major leagues of cross country.

“I’ve received good pieces of advice from a lot of people on the team,” he said by email. “I love hearing everyone’s perspective on each course and race, coaches too. It’s been a really fun team atmosphere and I’m excited to finish this thing off!”

“This thing” is the Tour de Ski, the most challenging race series in the sport. Skiers take on eight races in 10 days in three venues, the first in Switzerland and the second two in Italy.

Missing from the field is the powerful Norwegian squad, which pulled out of World Cup competition because of COVID-19 concerns. Other top nations continue to compete.

In Friday’s women’s race, Brennan ran into trouble when she tripped on the second uphill of the mass-start race.

“(I) got skied over by a lot of people before I could get up,” she said by email. “Because it was so early, we were all still in a big pack and I worked really hard to try to pass people and get back to the front. I think I wasted a lot of energy doing that when my body didn’t have much extra left in the tank.

“I truly fought with all I had and I am very disappointed that I couldn’t do more out there. Tour racing always brings big up and big downs so I will do my best to pick up the pieces and continue to fight hard the next two days.”

The next two days are a potential torture test. There’s a sprint race on Saturday, followed by Sunday’s famous 10-kilometer hillclimb that includes an ascent of a steep alpine ski course.

Schumacher is in position to deliver the best overall finish by an American man in Tour de Ski history — the best finish came in 2016 when Noah Hoffman placed 22nd.

“With 2 races to go, I’m feeling physically medium to good,” he said, “but very excited with the end in sight!”

A year ago, Schumacher became the first American to win a gold medal in an individual race at the World Junior Championships, where he also was a member of the United States’ gold-medal relay team, the fifth-place finisher in the 30K race and the top qualifier in the sprint.