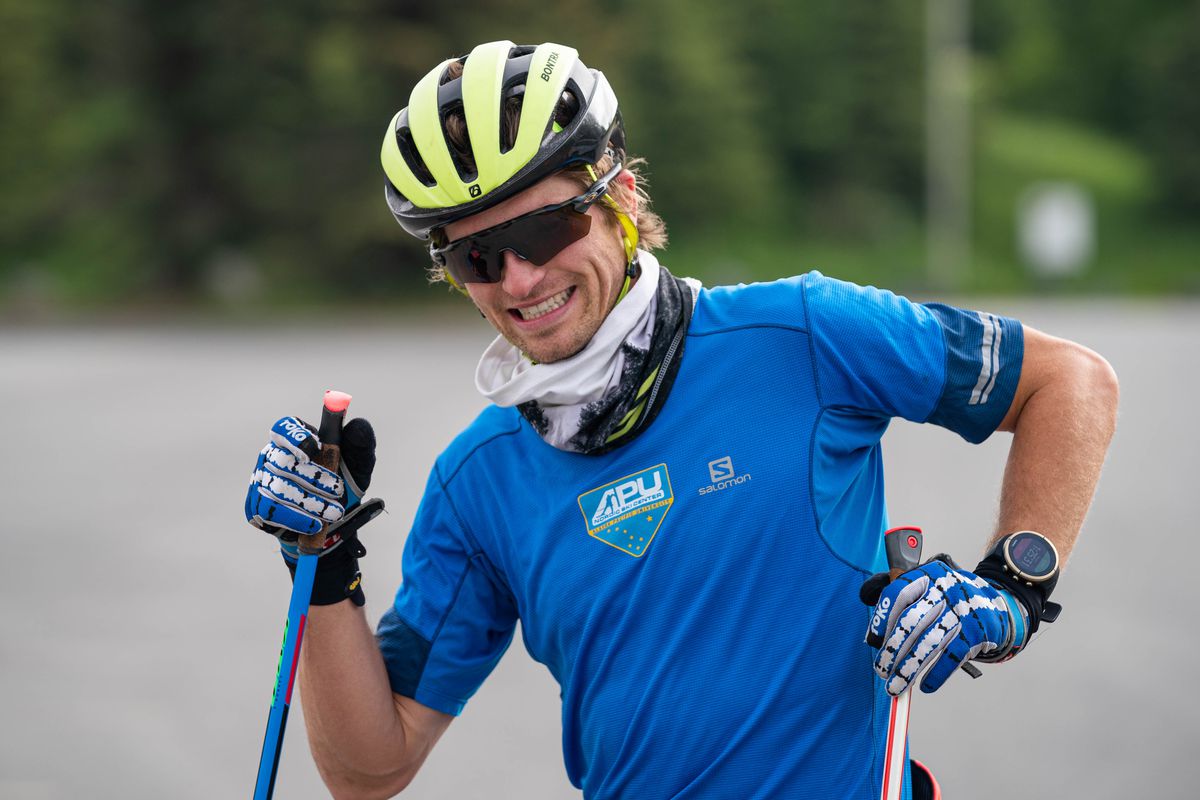 David Norris, one of Alaska’s great athletes, was in world-class shape and hungry for world-class competition as his trip to Europe for the first races of the World Cup cross-country season approached last November. Less than two weeks before he was due to travel, he got an itchy throat. Then a stuffy nose.

“Then I lost my sense of smell and it was pretty clear at that point,” he said.

On Nov. 9, Norris -- Mount Marathon record-holder and ski champion -- tested positive for COVID-19. On Saturday, he’s expected to be at the starting line for a 30-kilometer World Cup skiathlon race in Lahti, Finland.

It will be a just-happy-to-be-here kind of race for a man who thought he wouldn’t be there at all.

“I sort of figured I wouldn’t race the whole season because of some of the more extreme cases I’ve heard about -- we always hear about the worst of the worst -- so now I feel grateful I do feel healthy and strong,” Norris said earlier this week after arriving in Finland. “I had some good time-trial races in Anchorage and was able to get selected to the World Cup team, and now I’m really curious to see how I’ll do.

“I’m just really stoked right now to get to race, because when I got sick I figured it would take me the whole winter.”

It took a month before Norris could exercise after his symptoms appeared, and his return to action proceeded at a glacial pace, especially for an elite-level endurance athlete who is accustomed to and even craves long and punishing workouts.

Norris, 30, spent much of the summer and fall in New Mexico with girlfriend Jessica Yeaton, an Anchorage skier who’s attending school there. He returned around the middle of October and was staying with his parents in Fairbanks when he got sick.

[Meet Jessica Yeaton and David Norris: This Alaska outdoor power couple is tough on skis and on mountains]

He said he doesn’t know where he was exposed to the virus, but when he realized he had it, he feared the worst.

“I thought if I caught it, it could end my career,” he said. “So when I lost my sense of smell I think there was like a week there where I was freaking out, thinking I’m never going to exercise again.”

He isolated for 12 days with his parents in Fairbanks -- Norris said they caught COVID-19 from him, but are doing well now -- and stayed in his hometown for a while longer before returning to Anchorage in late November to resume training with the Alaska Pacific University ski team.

Doctors and APU head coach Erik Flora prescribed a cautious, conservative comeback, and although Norris agreed, the reality of what that looked like was a jolt.

“I remember a conversation early on when he received his positive test,” Flora said. “We were talking about reducing training and he said, ‘Yeah, OK, I’ll just go for an easy two hours.’ And I said, ‘Whoa!’

“David did a really good job with that initial shock that instead of two hours, maybe he should go on a 20-minute walk.”

America’s highest-ranking distance racer was put on a short leash. He started exercising again while still in Fairbanks, and he took it easy.

“My first week of being active was a half-hour uphill walk on a treadmill,” he said. “I went grouse hunting with my niece, I walked around outside in Fairbanks, I went ice fishing. My first week of activity was just going outside.”

When he started skiing, it was an hour a day at an easy pace. Then an hour in the morning and an hour in the evening. Eventually he worked his way up to four hours every day.

When he added intensity workouts to the mix, it was the same thing. Instead of an hour, he did 20 minutes. A few days later he bumped it up to 30 minutes.

“Everything kind of had a structure,” he said. “It felt good, and I didn’t have any weird symptoms.”

Norris said he never got sick with severe cold symptoms, “but the headaches and the fatigue were far greater than any cold I’ve ever had.”

He said he hasn’t fully regained his sense of smell and he had chest pain for several weeks. The results of blood work, an EKG and an echocardiogram didn’t raise alarm with his regular physician or a cardiologist, he said.

Flora said Norris is one of four APU skiers who have tested positive for COVID-19, a group that includes 2018 Winter Olympic skier Rosie Frankowski, who posted about her case on Instagram. All are following a slow return to training and racing, Flora said.

He said they were exposed somewhere other than training and there has been no internal spread among APU’s 30-member group. And that’s made him a believer in masks and social distancing.

“I skied with Rosie for a half-hour before she (tested positive),” Flora said. “We did the proper spacing and when we weren’t skiing and all that good stuff, and I was negative. It made me really think how effective and important it is -- the spacing and the mask-wearing.”

No outbreaks have been reported on the World Cup cross-country circuit, although some nations chose to skip the first part of the season rather than risk exposure. Norris said COVID-19 testing is frequent -- he spent $200 on a test before he left for Europe and about $120 apiece for two tests in Finland.

Every test is a financial hit for Norris, who gets no financial support from the U.S. Ski Team. Despite leading the U.S. men in the World Cup distance standings last season -- he ranked 60th in the world, 30 spots ahead of the next American -- Norris wasn’t named to the 2020-21 national team.

He missed meeting the criteria by a tiny margin. Had Norris been a cumulative seven seconds or so faster in his more than two dozen World Cup races last season, he would have made the cut, Flora said.

Not being on the team means Norris is responsible for his airfare, food and lodging, transportation in Europe, and he has to help pay expenses for a wax technician. He recently started a Gofundme campaign to help supplement the income he gets from racing and sponsors.

Now that he’s ready to race again, Norris has an ambitious goal -- making the U.S. team for next month’s World Championships. But for Saturday’s 30-kilometer skiathlon, he’s truly just happy to be there.

“I don’t have expectations like I normally would,” he said. “Realistically, it will go surprisingly well or it will be a tough, long day. I’m pretty optimistic it will be a positive outcome regardless of what it shows on a sheet of paper.”