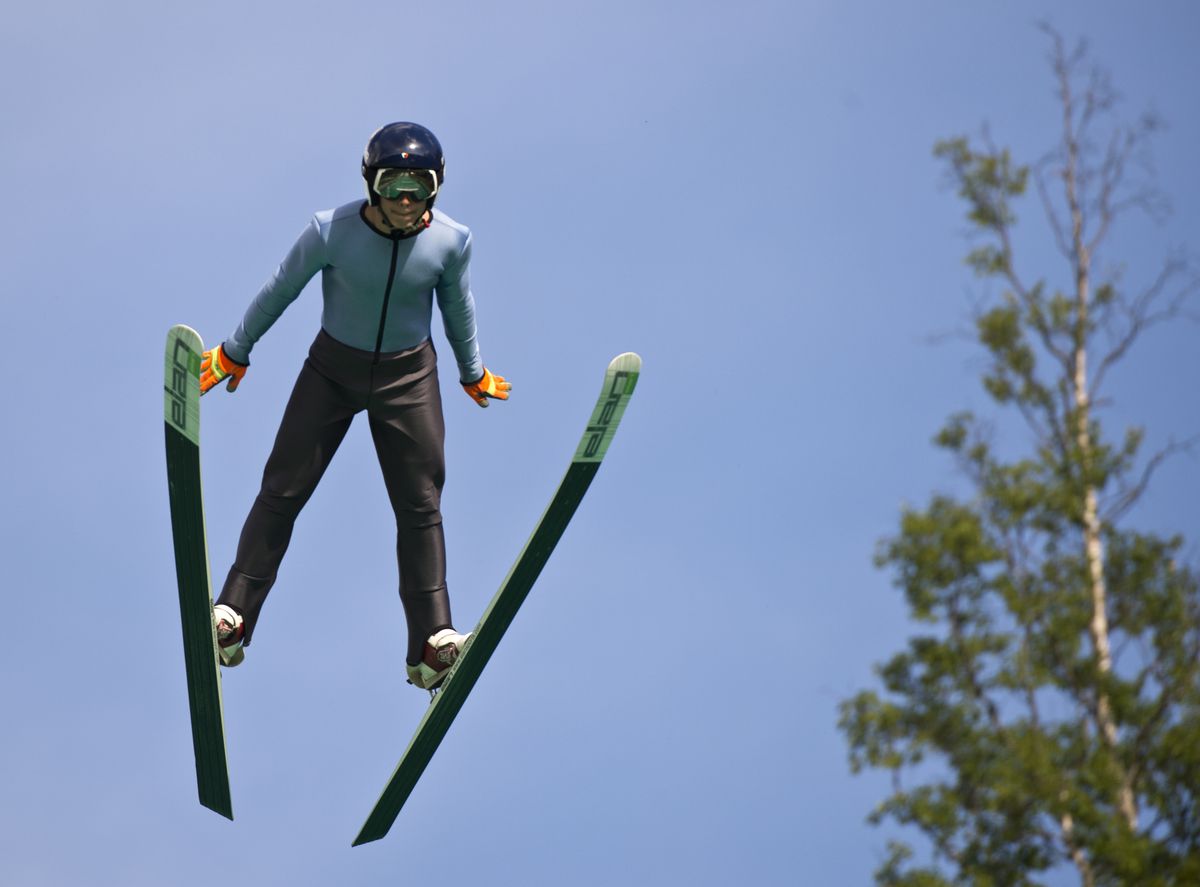 It’s tempting to say 17-year-old Carter Brubaker is bursting with joy over the news he’s the first Alaskan to earn a chance to compete at the World Junior Championships in the sport of nordic combined.

Best not to say he’s bursting with anything though. Not after after what happened a year ago when he was about to make his debut on the world stage at the Youth Olympic Game in Lausanne, Switzerland.

“My appendix burst the day of the competition so I was unable to compete,” Brubaker said.

“After that disappointment this is really my comeback season after being out of training for about four months last spring and summer.”

Brubaker is part of the 17-member team that will represent the United States at the Feb. 8-13 World Junior Championships in Lahti, Finland. Nine team members are ski jumpers and eight are in nordic combined, which pairs ski jumping with cross-country skiing.

Brubaker is an Alaska Winter Stars skier and a member of the Nordic Skiing Association of Anchorage’s blossoming nordic combined program. In August he headed to Norway to attend a sports academy in Lillehammer, a move that propelled him forward in his sport.

Skyler Amy, a 15-year-old who’s one of the top jumpers in NSAA’s Team AK program, said he used to be able to out-jump Brubaker at the Karl Eid Ski Jumps on the Hillside. When Brubaker came home for a holiday break last month, he was out-jumping Amy.

“He got really good,” Amy said.

In Norway, Brubaker competes against some of the best young jumpers in the world and some older ones, including three-time Olympic medalist Jordan Graabak, 29. He attends the Norges Toppidrettgymnas school, the academy where UAA ski coach Trond Flagstad worked between stints with the Seawolves.

“It is a sports school that has really helped to bump me up to that next level of competition,” Brubaker said by email. “They have great coaches here and a lot of technology that has been really helpful to dial in the small stuff that makes a huge difference.”

In Anchorage, Brubaker learns from Winter Stars coach Jan Buron and Team AK coaches Zak and Natasha Hammill, and he was upping his game even before he went to Norway. In 2017, Brubaker finished last at the U.S. Junior National championships. Two years later, he was the first Alaskan to win a spot on the U.S. nordic combined junior team.

The Hammills have been with the jumping program for several years and Zak recently took over as program director, where one of his goals is preparing more young athletes for national competitions, which can lead to international competitions. Brubaker said that’s making a difference for Alaska jumpers and nordic combined athletes.

“Being from Alaska it is more challenging to make international teams without the infrastructure in places like Steamboat (Springs) or Park City,” Brubaker said, referring to the country’s top spots for ski jumping. “Zak and Natasha have really stepped up our game in terms of being competitive with the rest of the country.

“I am honored to be the first Alaskan to go to Junior Worlds in nordic combined, but I doubt I’ll be the last.”

In Lahti, an appendix-free Brubaker will strive for a top-20 performance but will be happy just to learn from his first appearance at a major international competition.

“My goal is mainly to gain experience. (There) is going to be some stiff competition and I’m excited to see where I stack up against the best,” he said.