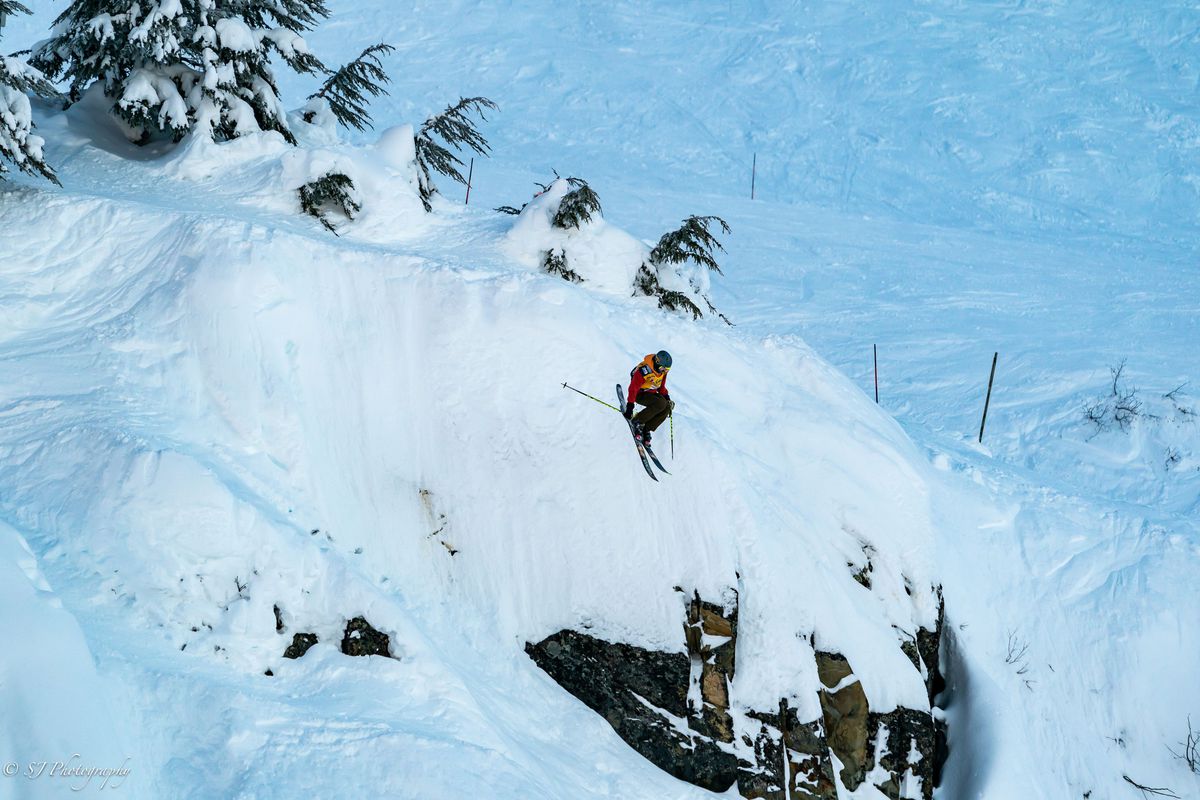 A competitor skis during the Alyeska Junior Freeride competition at Alyeska on Saturday. (Photo by Sam Kikuchi)

A competitor skis during the Alyeska Junior Freeride competition at Alyeska on Saturday. (Photo by Sam Kikuchi)

Lantz, an Alyeska Freeride Team skier, won the 15-18 age class for girls by skiing a similar line to what she executed to grab the early lead Friday. She skied a smooth line through the Firstpoint section and then stomped the Alder Cliff on Eagle Rock.

The competition was a Pacific Northwest Junior Regional event that attracted about 75 athletes ages 18 and younger, most of them from Alaska. Freeriding puts athletes on a steep, off-piste course with powder, ice, cliffs, bumps and trees, where they are judged on line choice, technique, control, fluidity, style and energy.

Competitors battled fog delays early during Saturday’s finals but the weather broke late in the afternoon, providing perfect conditions for athletes in the 15-18 age group.

Lantz and McGinley led their divisions Friday, but Erickson came from behind to win. He finished third Friday but claimed victory with a Saturday run in which he gapped the chute in the Firstpoint section of South Face and successfully landed a huge send. Lower in his run, he took air off Eagle Rock’s Alder Cliff.

The annual Sick Bird Award — given to the athlete with the most remarkable run of the competition — went to Nolan Quigley. He skied an impressive run Friday to take the lead in the boys 15-18 competition, and on Saturday he threw a large 360 to gap the Firstpoint chute but had a control issue on his landing. He spun around but managed to stay on his feet, and lower in his run, he took large air on Eagle Rock.

The Alyeska Freeride Team will be back in action in early March for the IFSA Junior Regional competition at Crystal Mountain in Washington.