No medals for US skiers at World Junior championships, but Anchorage’s McMullen comes close 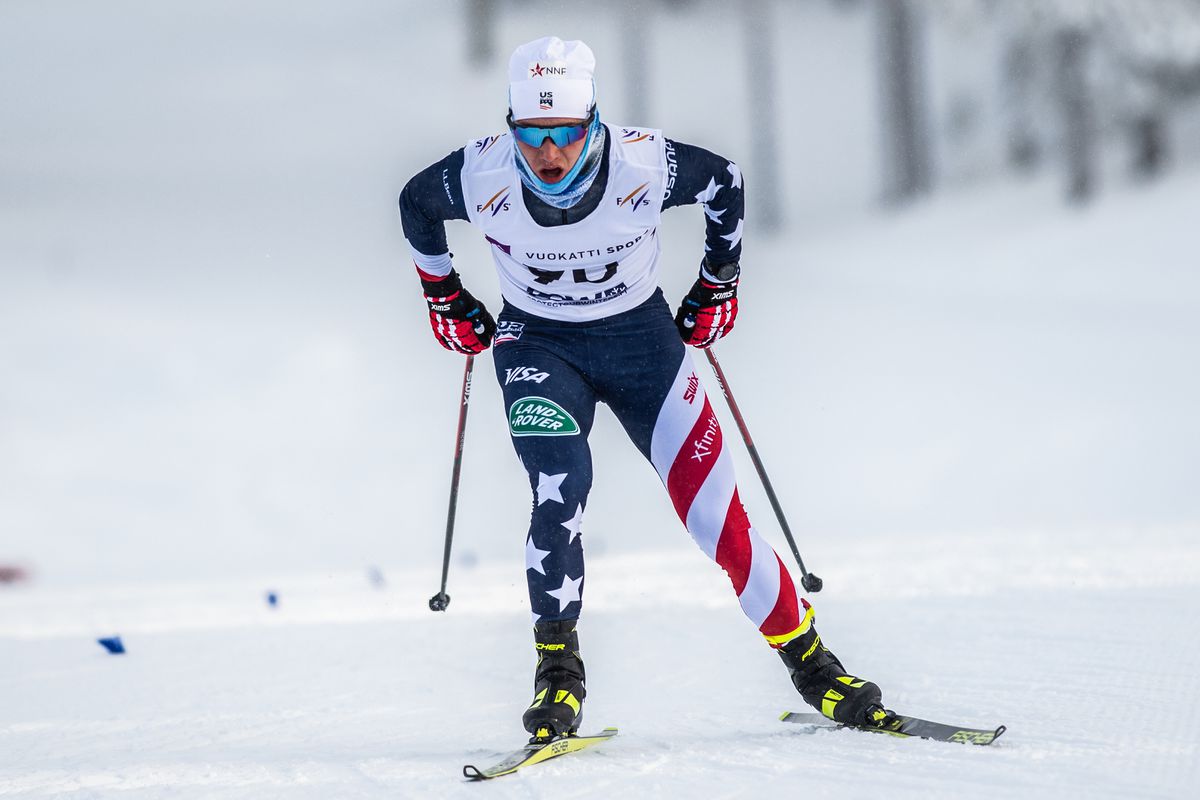 Zanden McMullen of Anchorage skies to fifth place in the 10-kilometer freestyle race Friday at the World Junior Championships in Vuokatti, Finland. (Photo by Loru Creative)

Zanden McMullen of Anchorage skies to fifth place in the 10-kilometer freestyle race Friday at the World Junior Championships in Vuokatti, Finland. (Photo by Loru Creative)

The U.S. Ski Team is in danger of leaving the U23/World Junior Championships without a medal for the first time in five years, but Anchorage skier Zanden McMullen came close Friday, and Saturday so did a mixed relay team featuring three Alaskans.

McMullen racked up a fifth-place finish in the 10-kilometer freestyle race for U20 men, and a team including Hailey Swirbul, Gus Schumacher and Hunter Wonders placed fifth in the U23 relay race.

McMullen, a South High graduate, was less than 13 seconds away from the bronze medal in Friday’s World Junior 10K race in Vuokatti, Finland. He finished 40 seconds off the winning pace and was 12.7 seconds off the bronze-medal time.

McMullen is the top American U20 racer heading into Sunday’s finale, a mass-start classic race. He finished 21st in the classic sprint on Tuesday (he registered the 11th-best qualifying time) and was a member of the U.S. men’s team that placed eighth in Saturday’s 4x5K relay. Michael Earnhart of Chugiak also skied a leg for the relay team.

In the U23 relay, Swirbul, Schumacher and Wonders teamed up with Sophia Laukli of Maine for a fifth-place finish in a close race. The Americans were 16.7 seconds behind the winning team from Norway and nine seconds behind the bronze-medal winners from Sweden. There were 17 teams in the race.

Laukli and Swirbul on Friday gave the United States two skiers in the top eight of the U23 women’s 10K freestyle race, with Laikli placing fifth and Swirbul eighth.

In the U23 men’s 15K, Schumacher led the way in ninth place, Wonders was 13th and JC Schoonmaker was 39th.

Swirbul, Schumacher and Wonders are all past medal-winners at the World Junior and U23 championships.