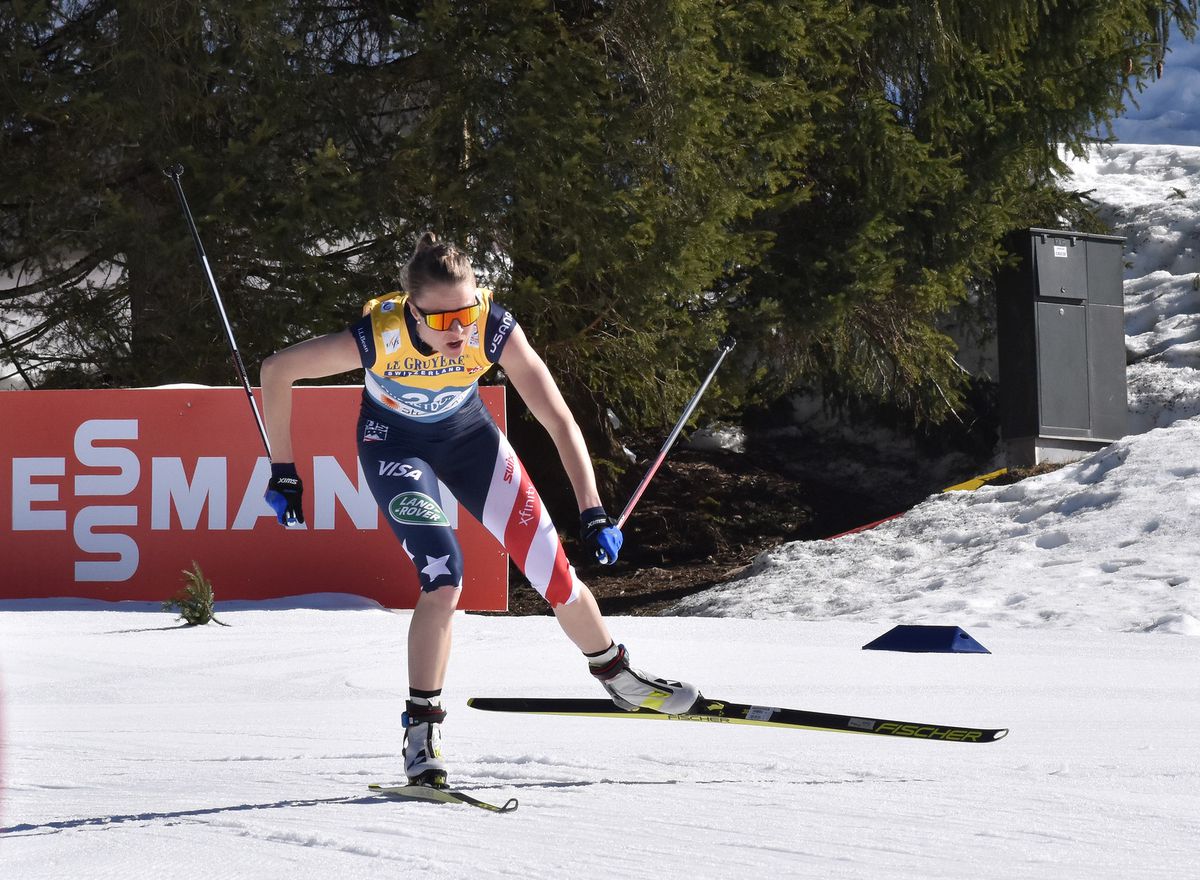 On a day when no one beat the heat quite like Norway’s Therese Johaug, a pair of Alaska skiers survived incredibly warm weather to notch top-20 finishes Tuesday at the Nordic World Ski Championships in Oberstdorf, Germany.

It was a hot, sunny day, with temperatures nearly hitting 60 degrees. Officials salted the course to help it hold up to a field of 88 skiers in the women’s 10-kilometer freestyle race.

Johaug roared to her 12th world title in astonishing fashion — she was 54.2 seconds ahead of silver medalist Frida Karlsson of Sweden.

The Americans landed four skiers in the top 23. Jessie Diggins of Minnesota was fourth, Anchorage skiers Sadie Maubet Bjornsen and Rosie Brennan were 11th and 17th, respectively, and rookie Sophia Luakli of Vermont was 23rd.

The men will race Wednesday.

“The snow was really good, I was impressed,” Bjornsen told U.S. Ski & Snowboard. “I’m really stoked that they salted (the course), and it made it a little bit more like ski racing. Granted, it was not the kind of firm snow that I love, but it could have been so much worse.”

Brennan started fast but the heat caught up with her. She was seventh after the first 5 kilometers, slipped to 12th place at the 7.9K mark and lost a few more places in the final 2 kilometers.

“It was tough,” she told U.S. Ski & Snowboard. “I started really well and things were going fine, and then, I don’t know, slowly the wheels came off and I didn’t have the body or the brain that I had hoped for, so it was just kind of a brutal battle to the end.”

Bjornsen and Brennan were coming off a fifth-place finish in the team sprint. Both are expected to ski a leg for the U.S. women’s relay team later this week. Brennan said the first half of her race Tuesday gives her encouragement heading into the relay.

“On a good day, I could have held it,” she said of her aggressive start. “I did plan to go out relatively hard and maybe it was just a little much with the heat and the body that I have right now, but it was a solid 5K, so hopefully, I can turn it around for the 5K in the (team) relay.”