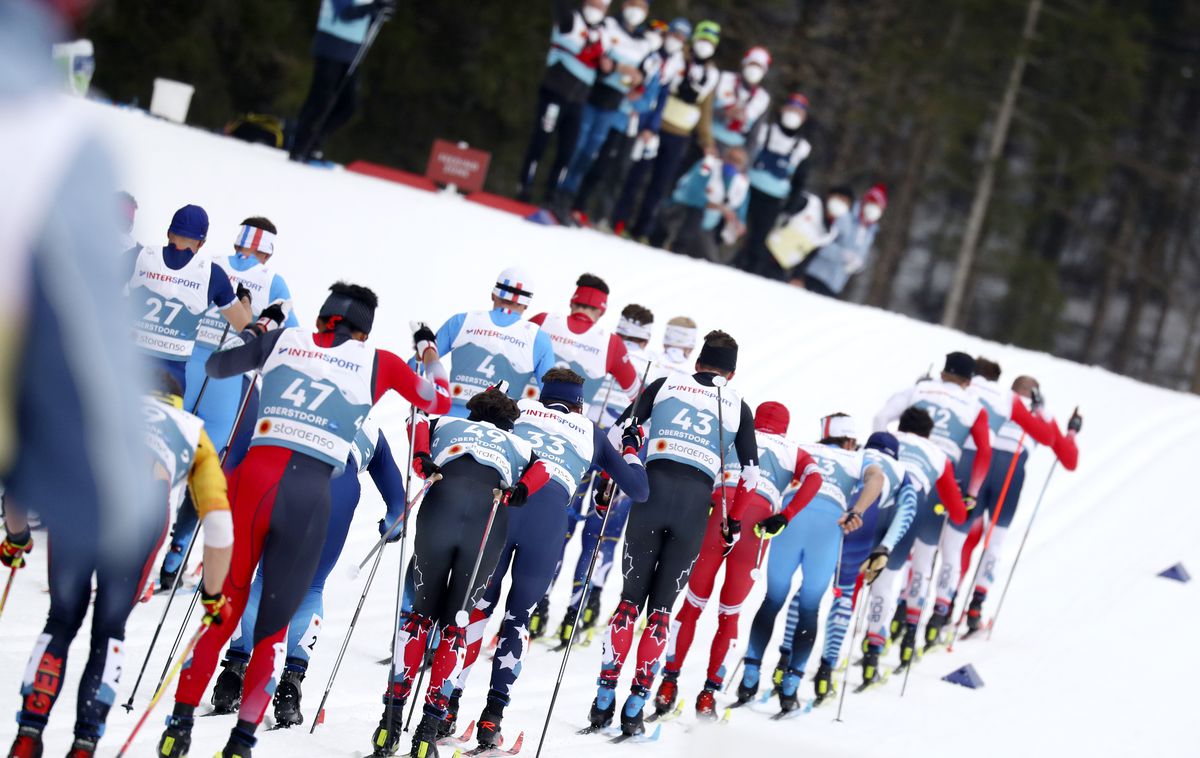 Anchorage skier Scott Patterson skied one of the best races of his career Sunday at the Nordic World Championships -- one that satisfied his primary goal for the season and may set him up for even bigger things to come.

It’s the second-best individual result of his career, eclipsing his 11th-place finish in the 50K race at the 2018 Winter Olympics. His only better finish is ninth place in a 2017 World Cup skiathlon race.

It was a banner day all around for the U.S. team, which is to say the Alaska team. All four Americans in the race are from Anchorage, and three of them cracked the top 30.

Patterson’s result was the best 50K showing by an American man at the World Championships since 2003, when Carl Swenson placed fifth.

He skied with the lead pack until about the midway point, when he changed skis.

“I had to put in a pretty strong surge after that to try and get back in on the leaders,” Patterson told U.S. Ski & Snowboard. “I paid for it in the end, but I’m pretty happy.

“... I was hurting that last lap up that big hill. But it was a good race. I’m pretty psyched with it.”

A top-10 finish in the 50K was Patterson’s major goal for the season, and he said he hopes it will serve him well heading into the 2022 Olympic season. At the 2018 Olympics, hee finished in the top 21 in three individual races.

“I’m fit; I’m feeling pretty good,” Patterson said. “I can pull out top 10s and if you’re in the top 10, it’s not that much to get a little further up. I’m psyched. I’m looking forward to a few more races this season and try and see what we can do next year and build into the Olympics.”

Like everyone else, he wasn’t sure if there would be a season this year because of the pandemic. Then he missed the start of it after contracting COVID-19.

“Earlier in the year, I didn’t even think I’d race this winter,” Norris told U.S. Ski & Snowboard. “I’m grateful to be here and happy I’m in good shape. I really can’t complain, but I have big goals so I’ll be hard on myself a little bit.”

“This year has been a really big learning year,” he told U.S. Ski & Snowboard. “A lot of it is patience. A lot of it is seeing how everyone does it. I would have loved to do better this week, but I think this morning I was happy to feel like I released a little pressure from myself. I came in today and was ready to absorb it and focus on the future to be at the top in a year.”

Norway’s Emil Iversen was awarded the gold medal after teammate Johannes Klaebo -- who was first to cross the finish line -- was disqualifed for obstruction. In the final stretch Klaebo tangled with Russia’s Alexander Bolshunov, who broke a pole during the incident and went on to win the silver medal.