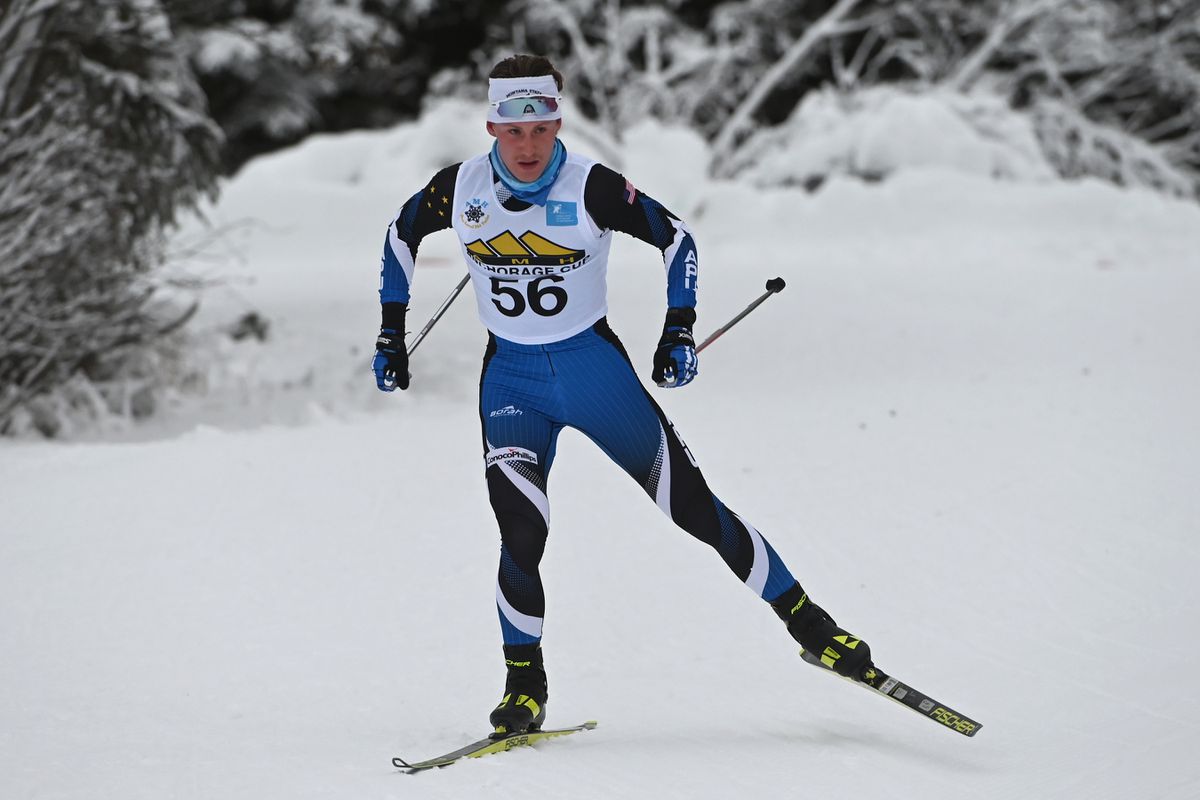 For 19-year-old Zanden McMullen of Anchorage, becoming a member of the U.S. Ski Team is over-the-moon exciting, even though there’s a hint of “Welcome to the new team. Same as the old team.”

McMullen doesn’t need many introductions. He’s one of 11 Alaskans on the 21-member team, and most of his new teammates are guys he has spent much of his life skiing with.

“I’m just cool being part of this group, especially this group of boys that I’ve been growing up with in Alaska and have raced with ever since middle school,” he said. “I’ve always been kind of right behind them and this year I was right up with them, so it’s nice getting the recognition and being part of this team.

“Growing up in Alaska, we’ve always had a strong nordic skiing (scene). So yeah, it’s bizarre — I’m a part of this new team, but I train with most of them in the summer.”

McMullen is one of five former Alaska Skimeisters to make the team, along with Gus Schumacher, Scott Patterson, Logan Hanneman and Kendall Kramer.

Alaska has a presence on the team from top to bottom.

Four of the five skiers who earned spots on the A team — the skiers who compete at the World Cup level and are the frontrunners for making the 2022 Winter Olympics team — are from Anchorage. And half of the 10 skiers on the development team are from Alaska.

Earning spots on the A team are Schumacher, Rosie Brennan, Hailey Swirbul and JC Schoonmaker. The only non-Alaskan on the A team is reigning World Cup overall women’s champion Jessie Diggins of Minnesota.

Two of the six B team skiers are Alaskan — Patterson and Hanneman.

The development team includes McMullen, Jager and Wonders on the men’s side and Kramer and Hannah Halvorsen on the women’s side.

McMullen, a South High graduate who just finished his sophomore season at Montana State, is the only newcomer to the team among the Alaskans.

“I’m stoked,” he said. “This is definitely something I’ve been working for for awhile. I’ve been right on the edge for a couple of years now.”

McMullen met both of the objective criteria for team selection, which considers both FIS points and results in major international competitions. He met the latter of those qualifying standards in February by posting a top-10 result at the World Junior Championships in Finland, where he grabbed fifth place in the 10-kilometer freestyle race.

Though the fifth-place finish more than solidified his spot on the national team, McMullen said it was a bit of a letdown.

“I keep track of the points so I knew I was going to qualify by FIS points by the end of the year so when I finished I wanted more. I wanted a podium,” he said, referring to a top-three finish that puts skiers on the victory podium with medals around their necks. “It was definitely one of the things I thought about right away — ‘I made the team’ — but not getting a podium quickly overtook that thought.”

As a member of the development team, McMullen will receive invitations to U.S. Ski Team training camps and other opportunities to supplement his on-going training with the Alaska Pacific University nordic program. D team members don’t get direct funding for things like World Cup races in Europe.

He’ll continue to race at the college level with Montana State, where he enjoyed strong NCAA results last season. World Cup racing will come in due time, he hopes. And he’s well aware that the Winter Olympics are less than a year away.

“It’s definitely been on my radar,” he said of the 2022 Beijing Games, “but I’m still really young, and it’s not something I’ll beat myself up over if I don’t make the team.”