For helping Team AK reach new heights in ski jumping and nordic combined, Zak Hammill is honored as coach of the year 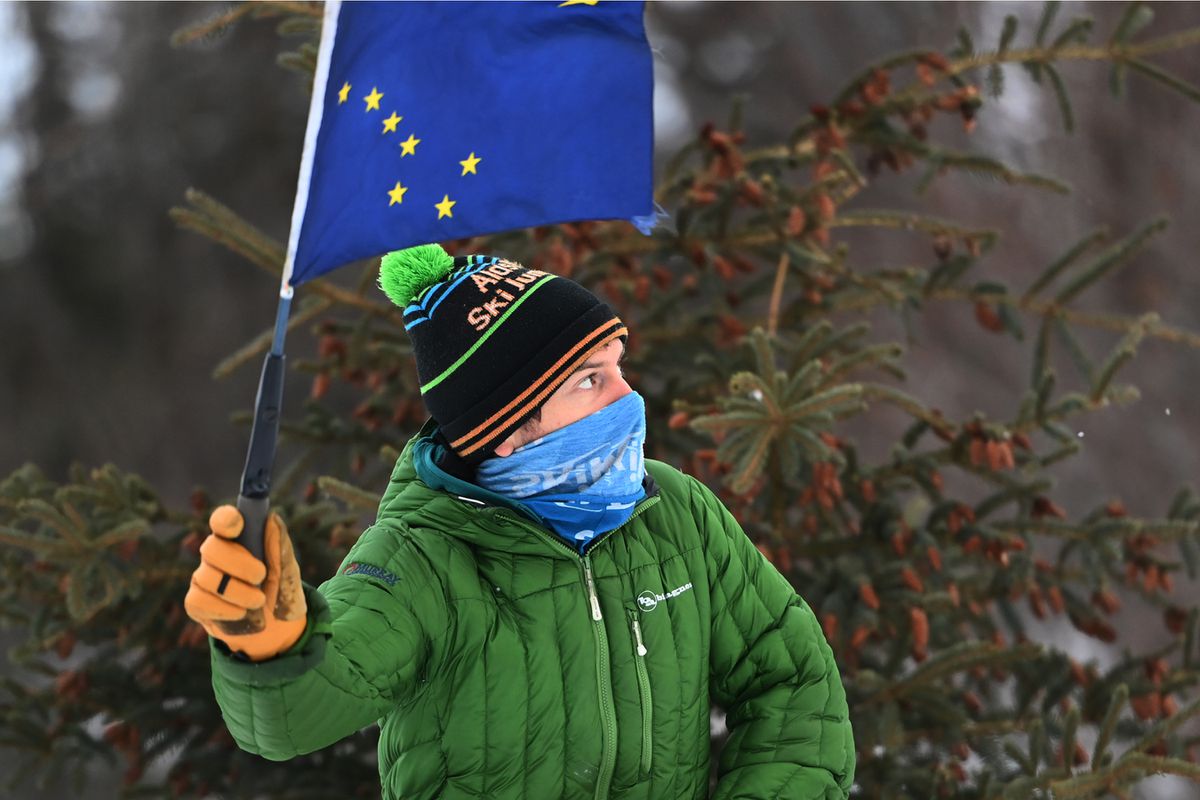 It’s been a big year for Zak Hammill. He got married in a small ceremony a year ago and this weekend he and his wife are having the big reception they couldn’t have during the pandemic.

Between those banner days came a milestone moment last month when Hammill was named U.S. Skiing and Snowboarding’s development coach of the year for ski jumping and nordic combined.

“Not to brag, but we worked hard this year and I felt good about the season the kids had,” Hammill said. “But any time you get an award, it’s a bit of a surprise.”

Hammill, 30, was hired in 2013 to coach the Nordic Skiing Association of Anchorage’s Team AK ski jumping and nordic combined program, which trains at the Karl Eid Ski Jumps at the Hilltop Ski Area. He’s from Iron Mountain, Michigan, and he’s a former member of the U.S. national ski jumping team.

Not long after he moved to Alaska, Natasha Mattoon arrived from Wisconsin and became an assistant coach. Now she’s Natasha Hammill, and she’s part of a coaching staff that has helped Team AK reach new heights.

“We want to keep getting the word out to the community that we have this program,” he said. “The more kids you have, the more chances you have for producing high-level athletes.”

And the high-level results are coming. In February, 17-year-old Carter Brubaker of Team AK became the first Alaskan to compete in nordic combined at the World Junior Championships, and last month he was named to the USST’s junior team for the third straight season.

Those results are exciting, Hammill said, but winning medals isn’t the most important part of Team AK.

“It’s more important to have fun and enjoy the sport and build courage,” he said. “As long as you have a good program in place, those athletes will develop.”

In naming Hammill development coach of the year, the U.S. Ski Team lauded him for “bringing jumping to the forefront in Alaska.”

“He worked with his club to get funding for the organization’s first winch cat to better prepare the jumping hill. He has continued to upgrade the jumping facilities and is assisting in the planning of a new clubhouse,” the USST said. “He has also pushed the national coaches committee to form a working group to develop a more structured national training program for U16 athletes designed to reduce attrition in the age class and to establish ski jumping and nordic combined as viable options for skiers from Alaska.”

Hammill said fundraising is ongoing for the purchase of a winch cat, which is capable of grooming steep landing hills, as well as for new buildings at the ski jumps.

Key to those efforts, he said, is the upcoming Midnight Sun Ski Jump-a-Thon, set for Saturday, June 19. The jumps will be open from 1 p.m. to 1 a.m., and kids will collect pledges for each jump they take before spending the day flying through the air.