UAA's Renouf twins: At long last, their long, long wait is over 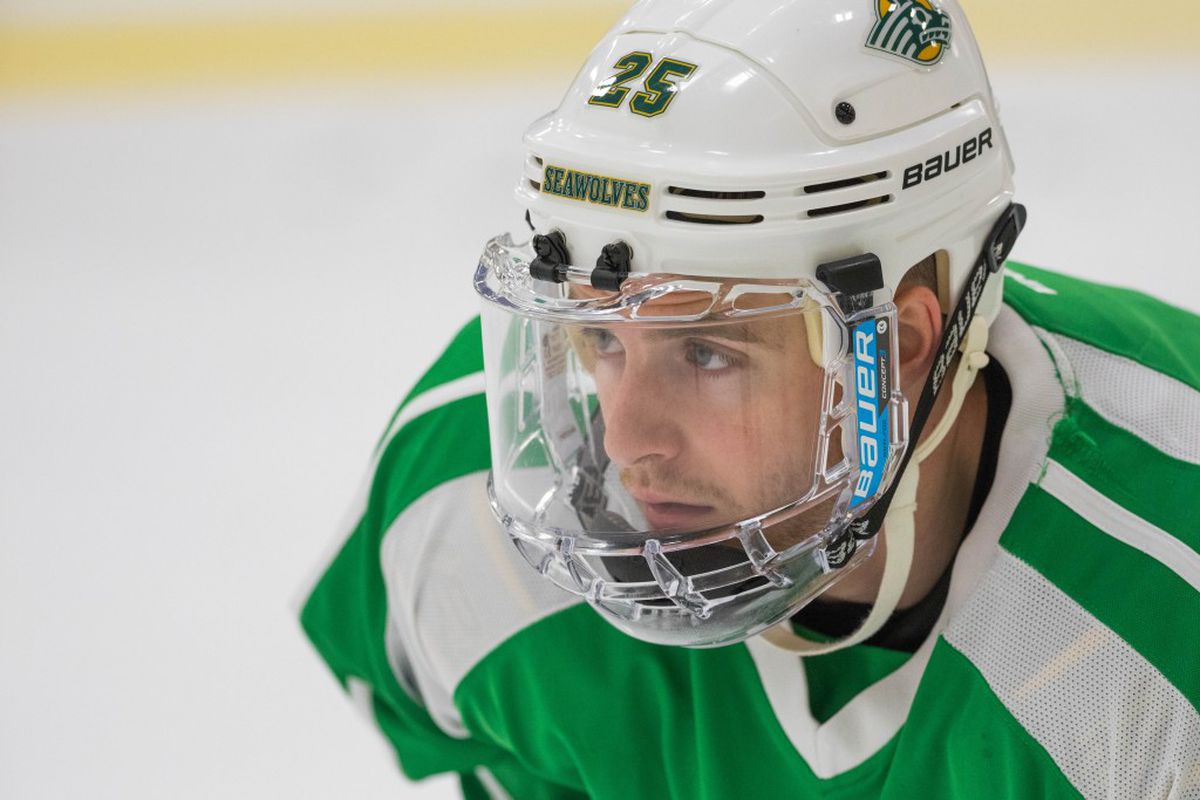 They're identical twins, not twin saviors, so excited Seawolves fans should probably dial down expectations of the Renouf brothers as their UAA debut approaches and their long journey to play college hockey finally reaches a destination.

Look, transfers Jonah and Nathan Renouf are excited too — you can't even possibly imagine how much, given it's been 31 months since they played in a meaningful hockey game.

Yes, they killed it in junior hockey, each racking more than a point per game their final season. They're also pragmatic. The 22-year-olds last skated in a meaningful game on their 20th birthdays — March 11, 2014 — when they played their final game for the Surrey Eagles in the British Columbia Hockey League. They understand 31 months between puck drops is an eternity.

"We've taken rust to a different level,'' Jonah said with a laugh.

Granted, Jonah delivered a goal and two assists and Nathan furnished two helpers last week in a 6-1 exhibition win over Simon Fraser. But the Seawolves' season-opening opponent, Minnesota, will prove a profound jump in quality of competition come Friday night at Sullivan Arena. Ditto for Saturday's opponent, rival UAF, and the rest of the Western Collegiate Hockey Association.

"It's going to be a different game, in terms of caliber of talent — bigger, stronger, faster players,'' said UAA coach Matt Thomas.

"I think it's going to take a while,'' Jonah said.

"The big thing for us,'' Nathan said, "is not to get frustrated if things don't go our way out of the gate.''

Fortunately, patience appears one of their many virtues, alongside hockey talent and academic prowess as majors in mechanical engineering — Nathan checks in with a 3.7 grade-point average, Jonah at 3.6.

Long story short: The Renoufs committed to rising power Quinnipiac out of junior hockey, but couldn't crack the lineup as freshmen in 2014-15 and didn't play a game.

They transferred to UAA — Thomas had seen them play previously and he's from the same place, Mississauga, Ontario — but lost multiple appeals to the NCAA to play immediately last season. So they sat out the season as transfers.

"It was definitely the hardest two years of our lives,'' Nathan said.

What made the transfer season easier on the Renoufs is they felt like part of the team — and connected to the school and the community — rather than feeling like they were on the periphery of Seawolves hockey. They attended every team function, chatted up fans at games and lived in the dorms. They ran the scout-team power play — former assistant coach Josh Ciocco loved to needle Thomas about the effectiveness of that power play.

Thomas asked the Renoufs, who he describes as a couple of rink rats, to watch home games from the stands and come to the locker room between periods to share their thoughts. Thomas laughs at the memory. The Renoufs came armed with so much information in their notebooks that Thomas requested they just hit the big talking points. Intermissions pass quickly, you know.

"We did that to keep them engaged,'' Thomas said. "We made sure they saw we were invested in them. We wanted to make it a beneficial year.''

This week, Thomas has been dropping pop quizzes about on-ice systems on the Seawolves.

"Jonah and Nathan got the highest marks,'' Thomas said. "They have a great attention to detail.''

The Renoufs, naturally, are linemates. They played the exhibition game, and have practiced this week, with sophomore Jeremiah Luedtke on the right wing. That could change. Junior Tad Kozun, the team's leading returning goal scorer, must sit out the Minnesota game to serve an automatic one-game suspension for fighting in UAA's season finale in March. Besides, shuffling line combinations is routine early in the season.

Anyhow, the Seawolves hope the Renoufs will bolster a power play that short-circuited badly in the second half last season and finished with a mere 10-percent efficiency, next-to-last in Division I. It's worth noting that all the Renoufs' points in last week's exhibition came on the power play.

That exhibition game, and an intrasquad game the following night, allowed the Renoufs to dip a skate in something more significant than a routine practice. Next up is the real thing, and more difficult competition, as the Seawolves set about digging themselves out of consecutive seasons in which they failed to qualify for the WCHA playoffs.

"The best way to describe it is apprehensive,'' Jonah said. "You're nervous about it, but at the same time you're eager.''

"Talk about two guys who have paid their dues,'' Thomas said.

This column is the opinion of sports reporter Doyle Woody. Reach him at dwoody@alaskadispatch.com and follow him on Twitter at @JaromirBlagr.