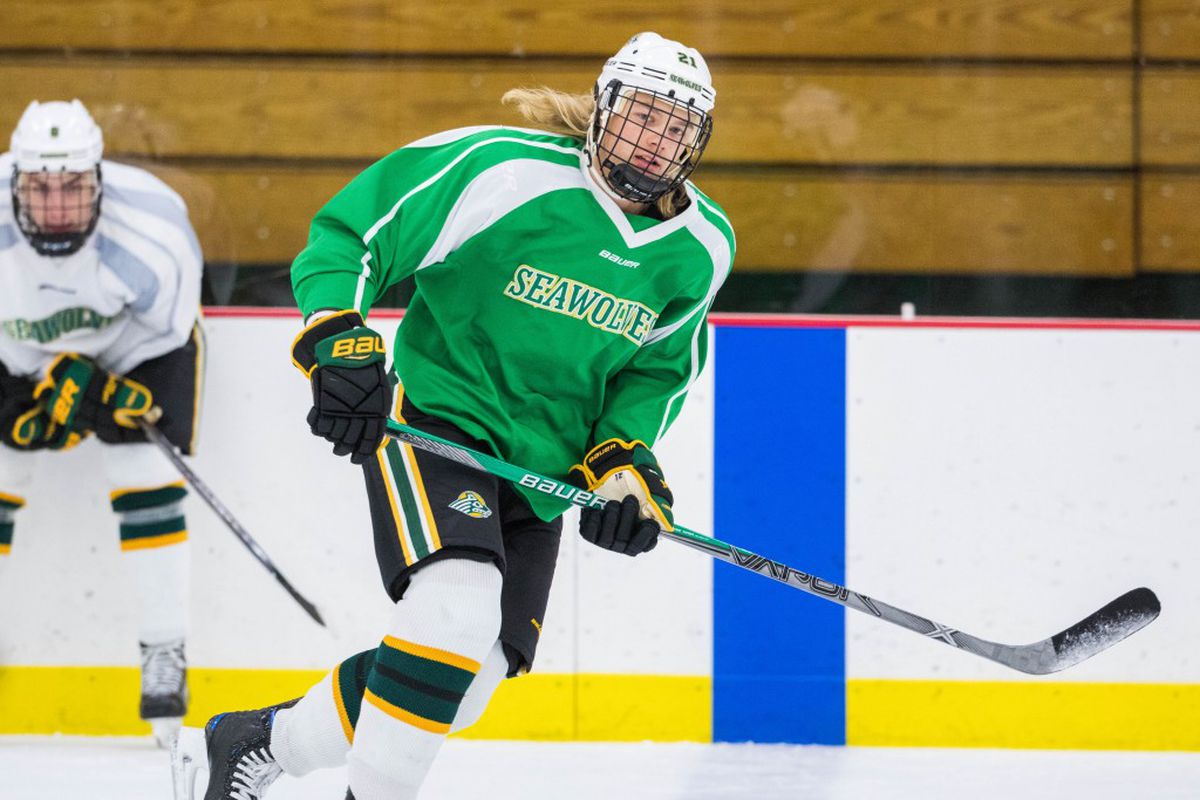 As UAA prepares to open its hockey season Friday night against No. 13-ranked Minnesota, note that the Seawolves have savored season-opening games in this millennium.

They are unbeaten in their last 15 season debuts, all on home ice at Sullivan Arena.

UAA has gone 12-0-3 in season-opening games since it fell 5-4 to visiting Michigan State in 2000 under coach Dean Talafous.

Since then, three Seawolves coaches have racked unbeaten records in season openers. Current coach Matt Thomas is 3-0-0. Before him, Dave Shyiak went 6-0-2. And before Shyiak, John Hill went 3-0-1.

Talafous went 2-2-1 in his five season openers and program founder Brush Christiansen went 8-8-1 in his 17 openers.

Kozun will miss the Minnesota game to serve the automatic one-game suspension he received in last season's finale. He was issued a fighting major and game disqualification at the final buzzer of a 3-2 loss at UAF.

Kozun played all 68 games in his first two seasons at UAA.

UAA junior captain Matt Anholt likewise has played all 68 games in his career.

It will mark the first time Lucia has watched a UAF-UAA game without being behind the bench for one of the teams.

Minnesota on Thursday announced Lucia, who coached the team to national championships in 2002 and 2003, has signed a two-year contract extension that takes him through the 2018-19 season, which would be his 20th guiding the Gophers.

He's not Minnesota's only UAA connection. Gophers equipment manager Lee Greseth once held the same job for the Seawolves, and Greseth's wife, Jennifer, once worked as an athletic trainer at UAA.

OVERTIME FORMAT – All three games this weekend – UAF and UAA clash Saturday, and UAF and Minnesota on Sunday – will employ, if necessary, the Western Collegiate Hockey Association's new overtime format.