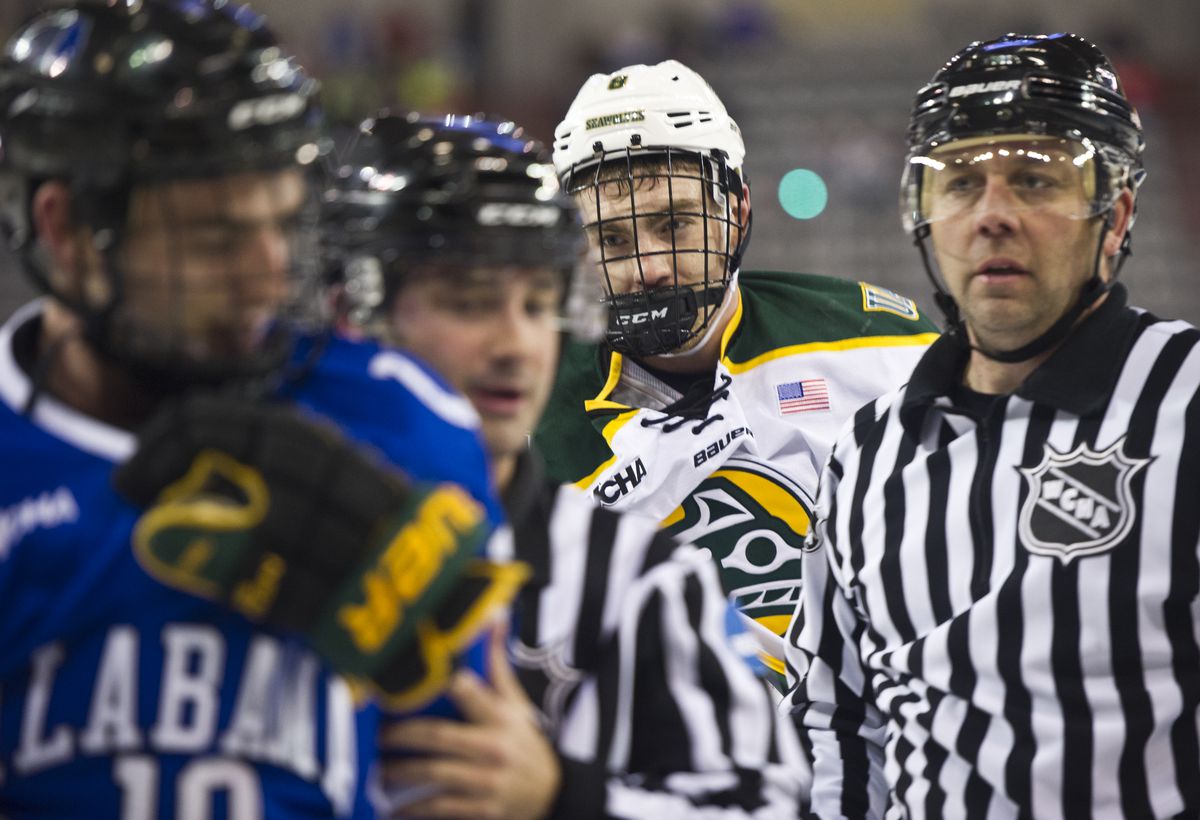 When UAA coach Matt Thomas scouted winger Mason Mitchell at the British Columbia Hockey League's Showcase event in the fall of 2013, he saw a big, raw winger who could help the Seawolves.

Thomas also figured the kid's size, skating, skill and demeanor pegged him as a legitimate, albeit under-the-radar, NHL prospect.

"When we first recruited Mason Mitchell, I thought (the NHL) was the destination for him,'' Thomas recalled. "He was big, he was fast, he was mean. He didn't just hit guys. He went through them.''

The NHL's Washington Capitals on Thursday confirmed Thomas' scouting report — they announced they have signed Mitchell, 22, to a two-year entry-level contract.

The free-agent contract kicks in next season. Mitchell, an undrafted sophomore, will join the Hershey Bears, the Capitals' American Hockey League affiliate, on an amateur tryout agreement for the rest of this season. He said he expects to fly out of Anchorage early next week.

Mitchell drew interest from several NHL teams, and that pursuit heightened in the second half of UAA's season, when Mitchell delivered 10 of his team-high 12 goals in the final 14 games. He also led UAA with 73 penalty minutes in 31 games.

"I did as much as I could in the last half, and it worked out,'' Mitchell said. "You always think, 'Am I fully ready?' But it's not too often you get a (NHL) contract presented to you.''

Under the NHL's Collective Bargaining Agreement, the maximum length of an entry-level contract for a player of Mitchell's age is the two years he received. Had he waited to sign until his after his junior season, he would have only been allowed a one-year deal. A one-year contract would have reduced his signing bonus by as much as $92,500.

Mitchell's signing is both a boon and a bummer for UAA, which last week finished a difficult season and failed to qualify for the Western Collegiate Hockey Association playoffs for the third straight season.

Having a player sign an NHL deal — the last Seawolf to do so was center Matt Bailey with Anaheim in 2014 — is a good recruiting tool and gives the Seawolves positive exposure.

But the Seawolves, whose 1.74 goals per game sits last among 60 Division I teams, also lose the player who accounted for 20.3 percent of their goals — 12 of 59. No other Seawolf scored more than five goals in a 7-21-6 season.

"We lost a dominant power forward that brings speed and toughness, and team toughness — and I'm not just talking about hitting, he's just tough for other teams to handle,'' Thomas said.

Mitchell said he sent his UAA teammates a group text Tuesday to tell them he was turning pro.

"I couldn't have done it without them, so I wanted to make that clear to them,'' he said.

Beagle, 31, who left UAA after his sophomore year, is enjoying a career season with the Capitals, who own the NHL's best record.

The Washington organization has another Alaska connection with the Hershey Bears — the Caps earlier this week re-acquired 25-year-old goalie Pheonix Copley of North Pole in a trade with St. Louis. Copley, one of 16 Alaskans to play in the NHL, was drafted by Washington.

Beagle's 372 regular-season NHL games played are the third-most by a former Seawolf. Glencross, who signed with Anaheim after his 21-goal sophomore season in 2003-04, played 507 NHL games and twice scored 24 or more goals in a season before retiring. Mike Peluso, a college defenseman turned pro winger and enforcer, played 458 career games and won the 1995 Stanley Cup with the New Jersey Devils before retiring.

Soon, Mitchell heads off to chase his dream of making it to the NHL.

"It was the right time, the right opportunity, and everything fell into place,'' he said.