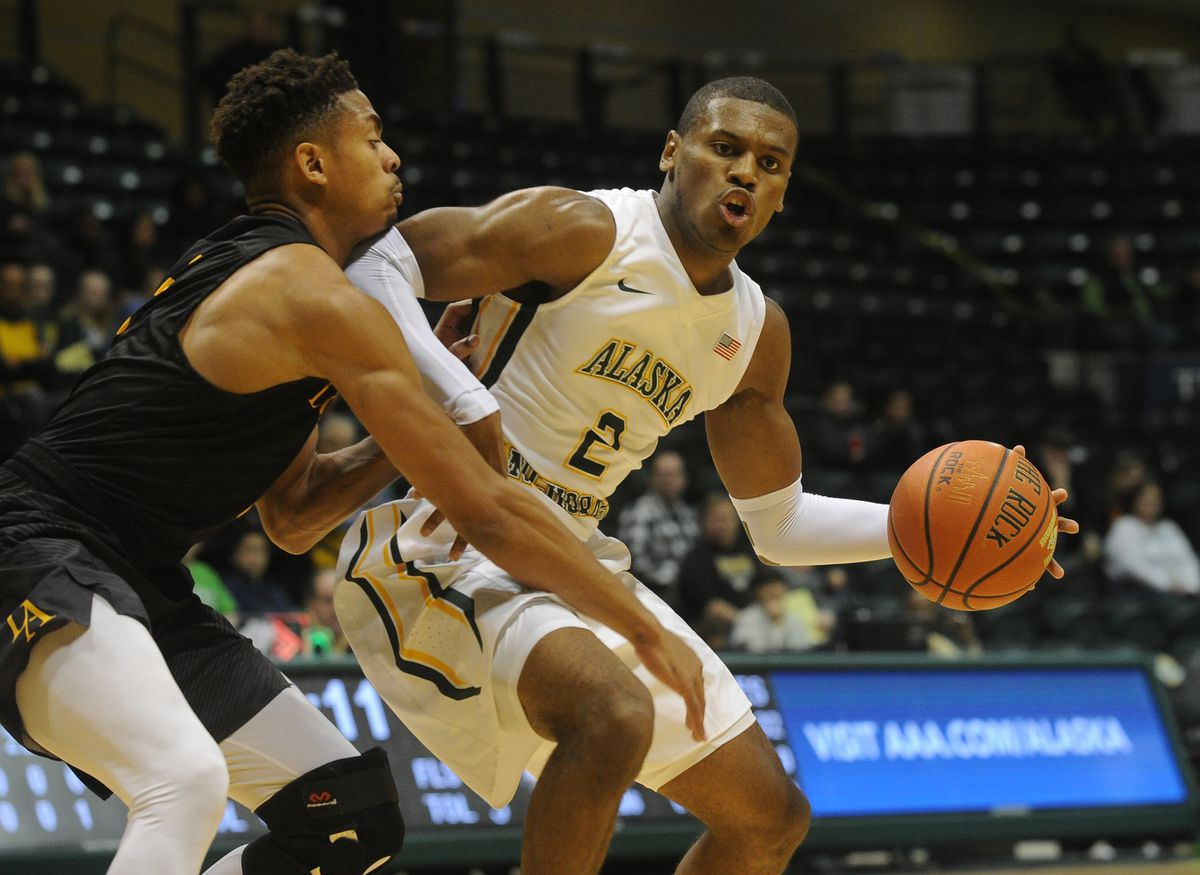 One UAA player, one former UAA player and two Alaskans who play for out-of-state teams were among the 10 players named to the all-West Region men's basketball team Monday.

Joining him on the first team was Adam Klie, a Service High graduate who is a senior guard at UC San Diego.

Garnering second-team honors were Conner Looney, a Palmer High grad who plays for Hawaii Pacific, and Kalidou Diouf, a junior at Cal Baptist who led UAA in rebounding as a freshman in 2014-15.

Joining Wiggs and Klie on the first team were Michael Smith of Cal Baptist, Taylor Stafford of Western Washington and Chancey Orr of Hawaii Pacific. Wiggs and Smith are the only repeat first-team selections.

All five first-team selections are senior guards, and all will advance to the national ballot for Division II All-America honors.

Smith was named the region's Player of the Year. He averaged 24.5 points per game this season — the fourth-highest scoring average in Division II.

Right behind him with Division II's fifth-best average is Wiggs with 24.4 points per game. Wiggs, who transferred to UAA after two seasons at Division I Idaho, finished his two-year career with the Seawolves with 1,477 — the fifth-highest point total in school history.

The 6-foot-4 Wiggs set UAA's single-game scoring record with 46 points in a December road victory over Central Washington. He finished the season with per-game averages of 5.4 rebounds, 2.7 assists and 1.2 steals.

Klie furnished averages of 14.6 points, 6.4 rebounds and 4.6 assists per game for UC San Diego. The all-region honors come a week after he was named the California Collegiate Athletic Association's Player of the Year.

A star in high school for the Cougars, Klie was Alaska's Gatorade Player of the Year in 2013 and was the Cook Inlet Conference MVP as a junior and senior.

Among the second-team picks with Alaska ties, Looney, a 6-2 senior guard, was honored after helping Hawaii Pacific to the Pac West Conference regular-season and tournament titles. He averaged 17 points and 2.2 steals per game this season.

Diouf, a 6-9 junior forward for Cal Baptist of the Pac West, averaged 15.8 points and 6.9 rebounds per game and had a conference-best shooting percentage of 63.8.

Diouf came to UAA from Germany, and after spending his first year in Anchorage as a redshirt, he had a strong freshman season with 10.4 points and 5.3 rebounds per game. He transferred to Cal Baptist after that season.