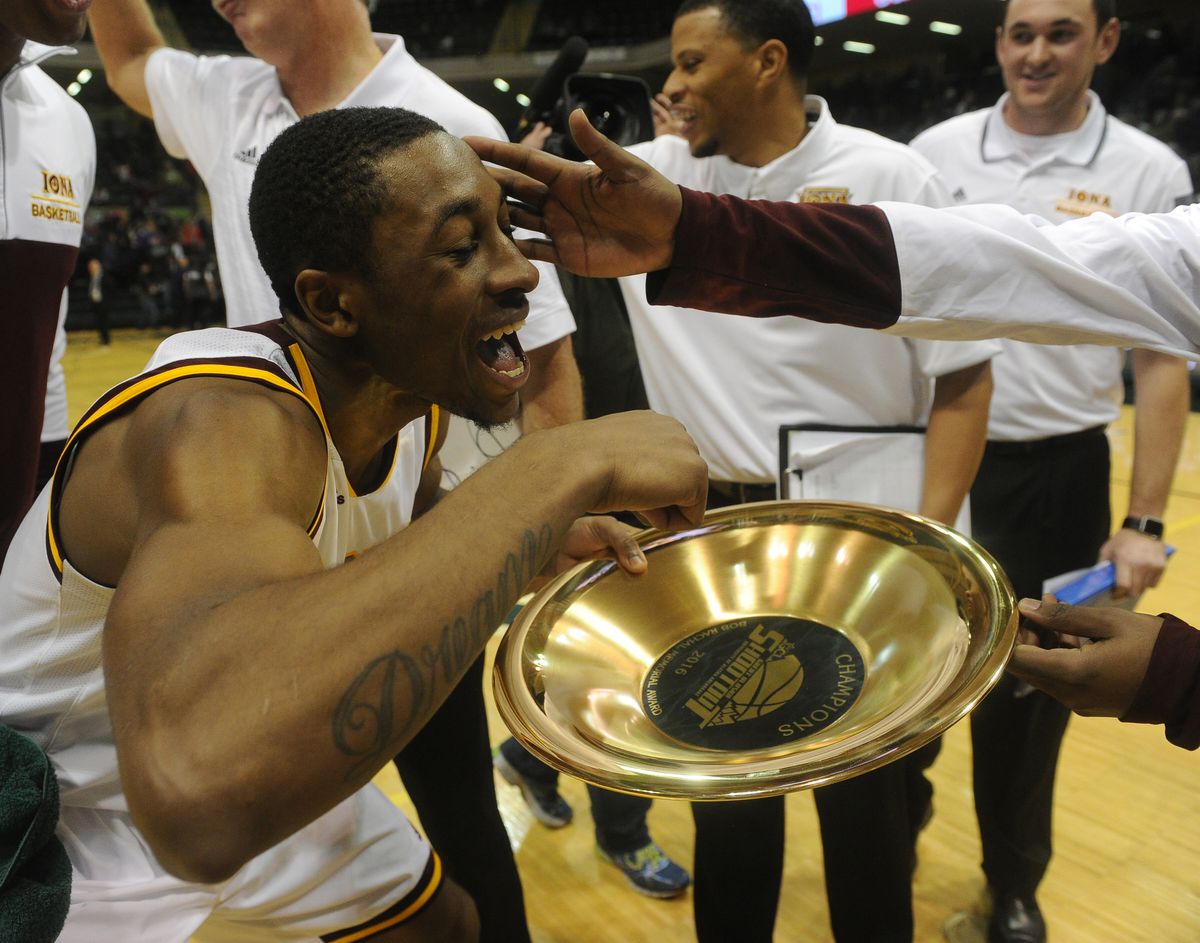 Across four decades, the Great Alaska Shootout threaded the tapestry of the state's sports and culture, luring college basketball's finest teams, players and coaches, drawing national attention and binding itself into the rhythm of the calendar.

For only one last go-round, though.

After that, the tournament that debuted in 1978 at Buckner Field House on Fort Richardson, transitioned in 1983 to Sullivan Arena, Anchorage's first modern venue, and then in 2014 moved to the gleaming Alaska Airlines Center at UAA, will cease.

UAA announced Thursday the clock has run out on the school's signature event — this year's 40th Shootout will be the last.

UAA said last year's Shootout lost $477,000 and such a deficit is not sustainable in the lean times Alaska currently endures. The university system for several years has suffered reduced state funding that prompted significant budget cuts across its landscape — academic, administrative, athletic.

Various UAA officials at a press conference called the impending demise of the Shootout "sad,'' "difficult,'' "hard'' and the "passing of an era.''

"The Shootout has been an iconic event at UAA for 40 years, but unfortunately we cannot sustain our funding of this tournament in the current budget climate,'' said UAA chancellor Sam Gingerich. "We are grateful for the enthusiastic support we've received over the years from our community, fans, volunteers, civic and business leaders and donors.''

The Shootout has forged UAA's ties to the business community. Telecommunications company GCI currently is title sponsor of the Shootout, and the grocery chain Carrs/Safeway previously was title sponsor.

The demise of the Shootout follows that of the Alaska Aces last spring. The minor-league hockey franchise that for a decade and a half was dominant — three ECHL Kelly Cups and box-office success — folded because of crippling financial losses.

Harlow Robinson of Anchorage, who in 1979 watched his first Shootout at Buckner as a kid with his father and brother, and has been a regular fan at the Shootout for the last 20 years, said Thursday's news left him feeling empty. He's taken his kids to the Shootout for years now.

"When something passes from one generation to the next, it feels like part of your culture,'' Robinson said. "And soon, it's gone.''

While the Shootout for most of its history served as a rare preseason tournament that lured illustrious programs courtesy of an NCAA rule that did not count Shootout games against a limit on regular-season games, the tournament lost luster inside the last decade because of relaxed NCAA rules.

Those NCAA changes prompted a proliferation of preseason tournaments — UAA interim athletic director Tim McDiffett said there are now more than 40 — that include some that guarantee teams six-figure appearance fees and nationally televised coverage.

Where once the Shootout drew college basketball royalty — winners in the first two decades included North Carolina, North Carolina State, Louisville, Arizona, Michigan State, UCLA and Duke — the men's field more recently has been populated by mid-major programs. Once a staple of live coverage on ESPN, recent Shootouts have been broadcast by the CBS Sports Network.

UAA men's basketball coach Rusty Osborne, who has worked at the school for 26 years, said the end of the Shootout is economic reality and part of the school's mission to remain as robust as possible in tough budget times.

He and his program lose an annual gem on the schedule, Osborne said, but sacrifice is necessary.

"It's a little bittersweet, but it's the time we live in,'' Osborne said. "This isn't about men's basketball, this is about the university and the state.

"If this is the sacrifice we need to make, if eliminating the Shootout can help the hockey program reach its goals or the ski program to reach its goals, I'm for it.''

Bobbi Olson of Anchorage and her husband, Jim, have attended every Shootout, and seen nearly every game. The couple has often served as hosts, or Seawolf Captains, to visiting teams. They've served on Shootout committees, and Bobbi has been the committee chair. They've had teams into their homes for dinner and have made such close friends among visiting coaches that those coaches have invited them to their home games.

The news about the Shootout's demise came two days after Bobbi was named as part of the Class of 2017 in the Seawolf Hall of Fame.

"The thing I will miss like crazy is not having something to do Thanksgiving week,'' she said. "We almost always have someone say, 'Can we stay at your house that week?' or 'Can you have people over for dinner that week?' "

The Shootout was the brainstorm of the late Bob Rachal, who was UAA's men's basketball coach in the late '70s and doubled as a dreamer. His notion that prominent college basketball teams would travel to a distant and unusual outpost, beckoned by the prospect of three extra games, sounded crazy — and it was crazy enough to work. The debut tournament was called the Sea Wolf Classic and rechristened the Great Alaska Shootout the following edition.

Those sideline legends brought with them players who would slot into hoops lore — James Worthy, Vince Carter, Joe Dumars, Patrick Ewing, Reggie Lewis, Danny Manning, Dwyane Wade. On the women's side of the Shootout, and in the women's precursor, the Northern Lights Invitational, there was Cheryl Miller of USC, Chamique Holdsclaw of Tennessee and Candice Wiggins of Stanford.

Five times the defending men's national champion began its defense at the Shootout. Of the 35 programs that have won an NCAA championship, 30 have played in the Shootout. Nearly 300 players with Shootout experience have ascended to the NBA.

For years, UAA hosted a Shootout party at the NCAA Final Four. Osborne recalled staffers transporting Alaska fish and seafood south and "hoping they're still frozen when you get there.''

UAA knocked off Tim Duncan and Wake Forest in 1993, when Jason Kaiser's slam punctuated the upset. That was also the year Purdue won the title behind Most Valuable Player Glenn Robinson, whose record of 97 tournament points stood until UAA's Suki Wiggs scored 98 in 2015.

Osborne called Robinson the most commanding Shootout player he witnessed.

"He could have scored more if he wanted to,'' Osborne said. "He was that dominant.''

Osborne said the best team he ever saw was Kentucky in 1999, when it won its three Shootout games by an average of 31 points.

And the finish to the 1998 Shootout was electric. Cincinnati scored at the buzzer to knock off Duke, which included Anchorage's Trajan Langdon. Harlow Robinson said he can still see the game-winner — Cincinnati ran Langdon into a back-screen, which freed Melvin Levett for the decisive bucket.

Those times are nearly gone – only one more Shootout left. Osborne said it's better to be happy the Shootout happened than sad that it will disappear. Come late November, memories, and video and newspaper clippings of Shootout history, will remain.

"That's why we have pictures and books and museums,'' Osborne said.