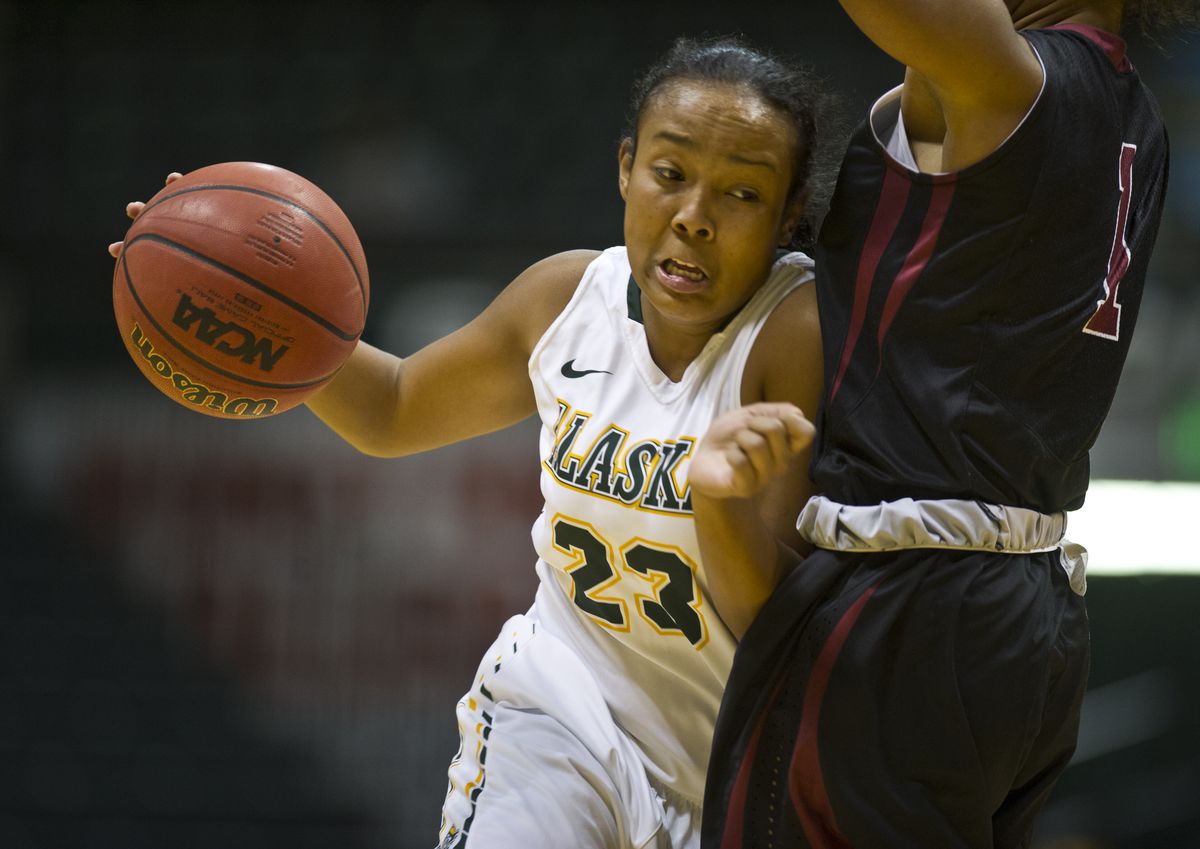 Usually it's Alaskans who flee to Hawaii every winter, but the UAA women's basketball team is doing its part to reverse the flow of traffic.

The Seawolves on Tuesday announced the addition of three new players, all of them from Hawaii and all of them willing to add snowboots to their wardrobes.

Two are Division I transfers — 5-foot-10 forward Cameron Fernandez of Makawao, who played one season at Washington State, and 6-3 center Jeneva Toilolo of Honolulu, who played three seasons at New Mexico State.

The other is 5-10 Kimani Fernandez-Roy, a high school senior with an impressive basketball and academic record at Kamehameha School-Maui.

The Hawaii-to-Alaska pipeline started in coach Ryan McCarthy's first season back in 2012-13, when McCarthy lured Honolulu's Kiki Robertson to Anchorage. He began recruiting her while an assistant coach at Northwest Nazarene, and when McCarthy took the UAA job, Robertson followed.

Robertson's decision to come to UAA, where she became a record-setting, four-year starter at point guard, gave UAA credibility with other Hawaii players and programs, McCarthy said.

"That brought instant legitimacy to our program as soon as she came here," he said. "She had such a good career, and her style is familiar to the style on the islands — there's a lot of undersized teams there, so they play an up-tempo style like we do."

[UAA's newest recruits are an interesting (and familiar) bunch]

Landing three players from Hawaii didn't put a dent in the recruiting budget, McCarthy said. It's been a couple of years since he made a recruiting trip to a place that is the favorite vacation destination of many Alaskans.

"I made a trip there two years ago and I went O-fer going after three girls," he said. "Cameron was one of them."

Fernandez didn't pick UAA then, but she remembered McCarthy and the Seawolves when she decided to leave Washington State. She showed promise as a true freshman in the 2016-17 season, averaging 4.7 points and 10.8 minutes per game through nine games before suffering a season-ending head injury. Fernandez didn't play last season, so she has three years of eligibility left.

McCarthy said his connections in Hawaii tipped him off to the availability of Toilolo, who last season averaged 3.7 points, 3.2 rebounds and 13.7 minutes off the bench.

Another connection — one right down the hall from his office at the Alaska Airlines Center -— put McCarthy on the hunt for Fernandez-Roy. Sheldon Carvalho, UAA's assistant volleyball coach who is from Hawaii and is friends with Fernandez-Roy's family, told McCarthy about her.

"I saw highlight film on her and saw how athletic she is and thought oh my goodness," McCarthy said. At 5-10 she is able to touch the rim and has athleticism that matches that of former All-America forward Megan Mullings, he said.

"We're talking rim, and it is impressive," McCarthy said. "Kimani was really under the radar, so we lucked out. Had more schools known about her, they definitely would've been interested in her."

Fernandez-Roy is a multi-sport star with a 3.9 grade-point-average, McCarthy said.

She and the other Hawaiians will be among six newcomers on the team when the Seawolves get a head-start on the season with a July trip to Taiwan.

UAA returns four starters from last season's 27-5 team. In six seasons, McCarthy is 133-26 with the Seawolves.