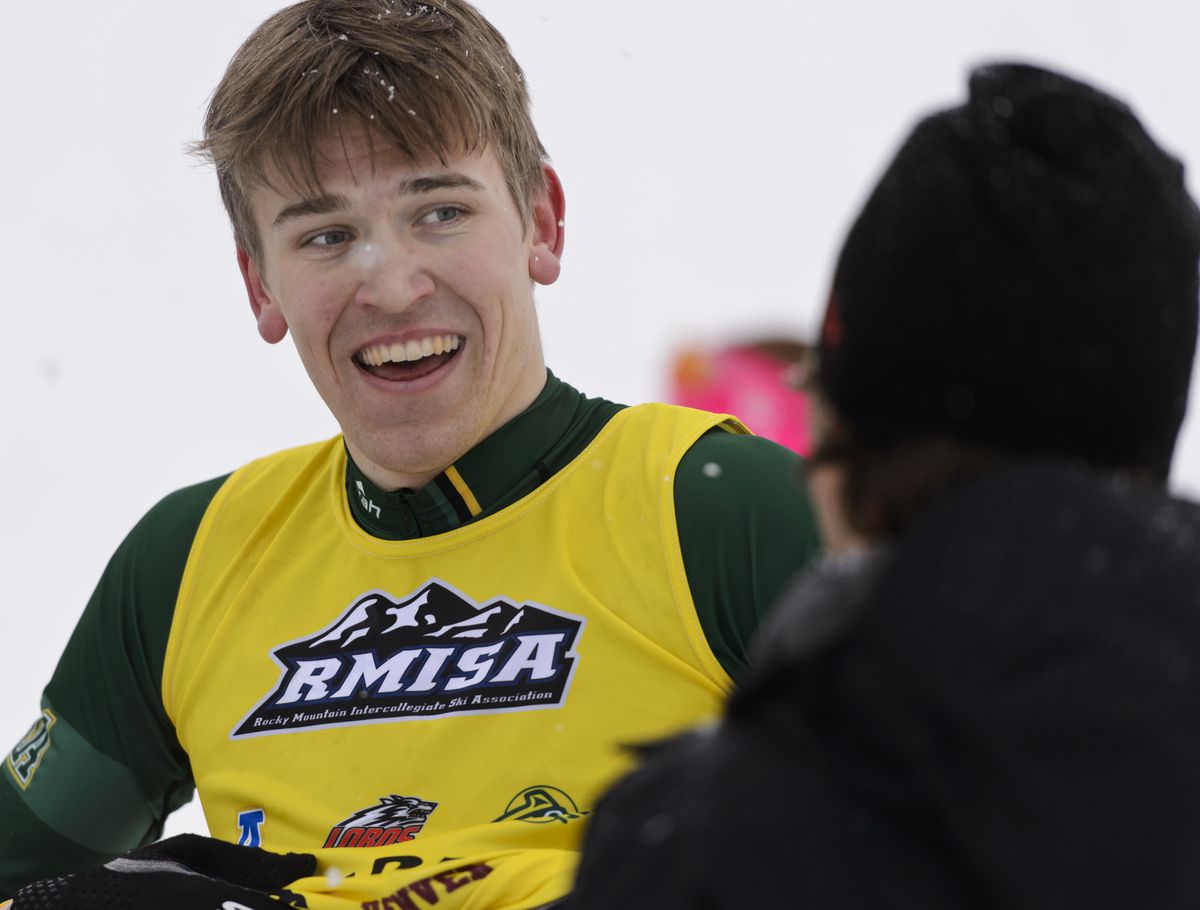 Skiing what he called the best race he’s ever had, UAA’s Sigurd Roenning capped a strong freshman season by capturing second place in the men’s 20-kilometer classic cross-country race Friday at the NCAA Championships.

Roenning, of Vikersund, Norway, finished 5.9 seconds behind winner Ricardo Izquierdo-Bernier of New Mexico, who finished the race in 55 minutes, 50 seconds.

His runnerup finish was no fluke – Roenning came into the championships with five podium finishes and two other top-10 finishes in 10 races this season.

Roenning did the heavy lifting on the first of three laps on the cross-country trails at Trapp Family Lodge in Stowe, Vermont. He hung on at the end when Izquierdo-Bernier made his attack.

“It was the best race I ever had,” Roenning said in a press release from UAA. “But I regret pulling the group in the first lap because it made me a little more tired than the others, but it made the group spread out and get them tired. On the second and third laps I tried to ski smart and use as little energy as possible.”

In the final three kilometers, Izquierdo-Bernier and third-place Maximillian Bie of Utah turned on the heat, “and then it was fighting for your life,” Roenning said.

“I couldn’t feel my legs and everything was black. But I’m satisfied because I know I couldn’t get the victory today and second place feels like a victory. There were so many people cheering that you couldn’t hear yourself breathe and it was the most fun race I ever had too.”

Roenning’s time of 55:56 put him 1.2 seconds ahead of Bie. Teammates JC Schoonmaker, a freshman, was 26th and Toomas Kollo, a senior who fell early in the race, was 39th.

Casey Wright led the UAA women in the final college race of her career, placing 21st in 15-kilometer classic race. Junior Michaela Keller-Miller was 30th and junior Anna Darnell was 34th for the Seawolves.

Katharine Ogden of Dartmouth won the women’s race in 46:25. West High graduate Lydia Blanchet placed 12th for Dartmouth, the only other Alaska-connected skier in the top 15.

Wright’s finish, which came two days after she earned All-America honors with a fifth-place finish in the 5K freestyle, qualifies her for the World Cup Finals later this month in Quebec.

“The field at NCAAs is so strong it feels like a mini-World Cup,” UAA coach Andrew Kastning said in the press release. “The women’s team skied as well as they could have for today and Michaela and Anna are already hungry for next year.

“... I was very pleased with how our freshmen men skied, with JC holding his own and Sigurd taking the silver. This is the best result I’ve had from a male at the NCAA Championships and the future is bright for Seawolf skiing.”