Seawolves fend off Sharks to advance in NCAA basketball tournament 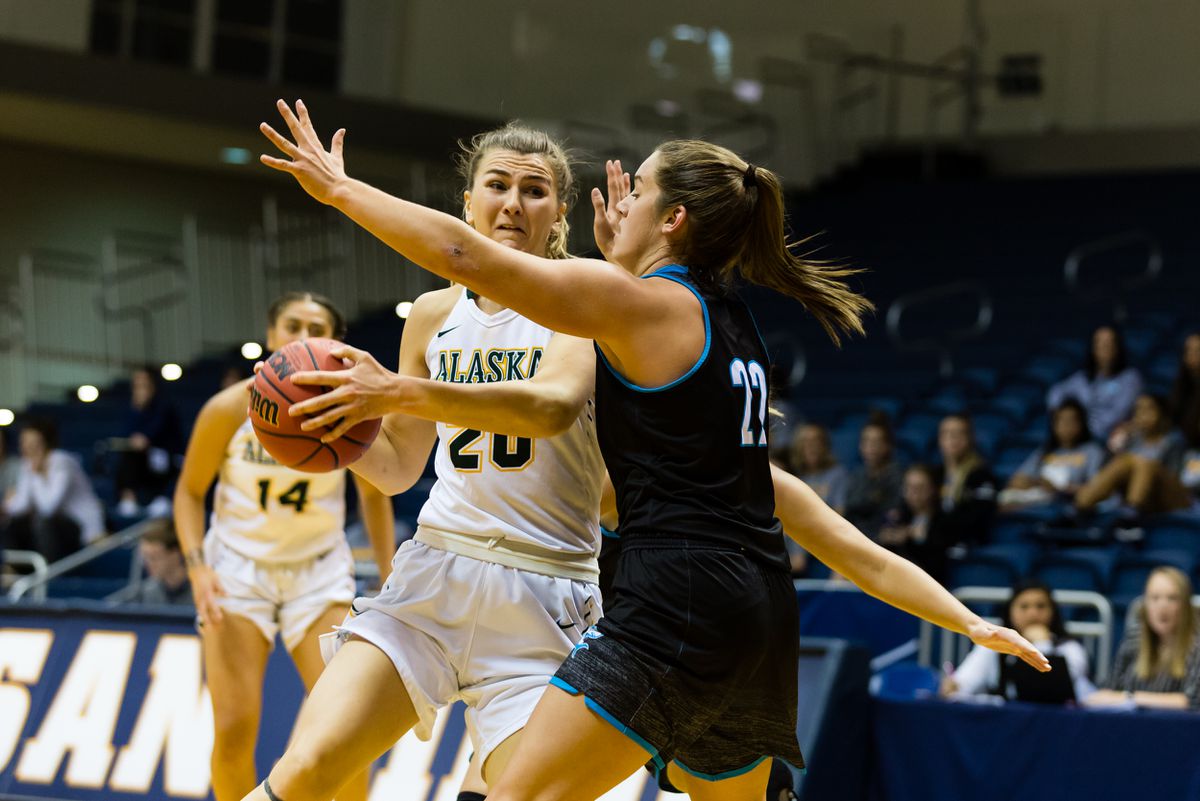 They had to survive a late Shark attack, but the Seawolves won their first-round game in the NCAA Division II women’s basketball tournament Friday.

UAA beat the Sharks of Hawaii Pacific 76-69, using Hannah Wandersee’s 22 points and four free throws in the final 31 seconds to advance to Saturday’s second round of the West Regional tournament in LaJolla, California.

Next up for the Seawolves (29-2) is a familiar foe — Northwest Nazarene, a 85-75 winner Friday over Humboldt State. It will be the fourth meeting of the season, and the third in 17 days, between the Great Northwest Athletic Conference rivals. The Nighthawks lead this season’s series 2-1.

“That was definitely not our best basketball game of the season, but we made some plays and hit some big free throws down the stretch, just enough to get away with the win,” UAA coach Ryan McCarthy said a post-game press conference.

Wandersee and Sydni Stallworth both sank two free throws in the waning seconds to ward off the Sharks (23-9). Stallworth went to the line with 31 seconds left; her first free throw bounced around the rim before falling through the net and the second swished right through.

Hawaii Pacific almost got lucky after that when a poorly aimed 3-point shot almost banked in. Wandersee got the rebound and the foul, earning a trip to the foul line with 17 seconds left. She made both shots, giving UAA the final seven-point margin.

Wandersee, a 6-foot-2 senior center, hit 8 of 13 shots from the field and all four of her free throws to lead all scorers. She knocked down both of her 3-point attempts and added six rebounds, a block and an assist.

Joining Wandersee in double figures for the Seawolves were Safiyyah Yasin with 11 and Yazmeen Goo with 10. Stallworth struggled with 3-of-11 shooting but finished with nine points and four assists, and Kian McNair added eight points, five rebounds, three steals and two very big free throw with 1:52 left. Tennae Voliva had a big game with seven points and a career-high nine rebounds, helping UAA to a 42-34 edge on the boards.

The Sharks, who play in the Pacific West Conference, got a double-double from Breanna Mackenzie and 18 points from Starr Rivera.