After 29 years and 178 All-Americans, UAA running coach Michael Friess calls it a career 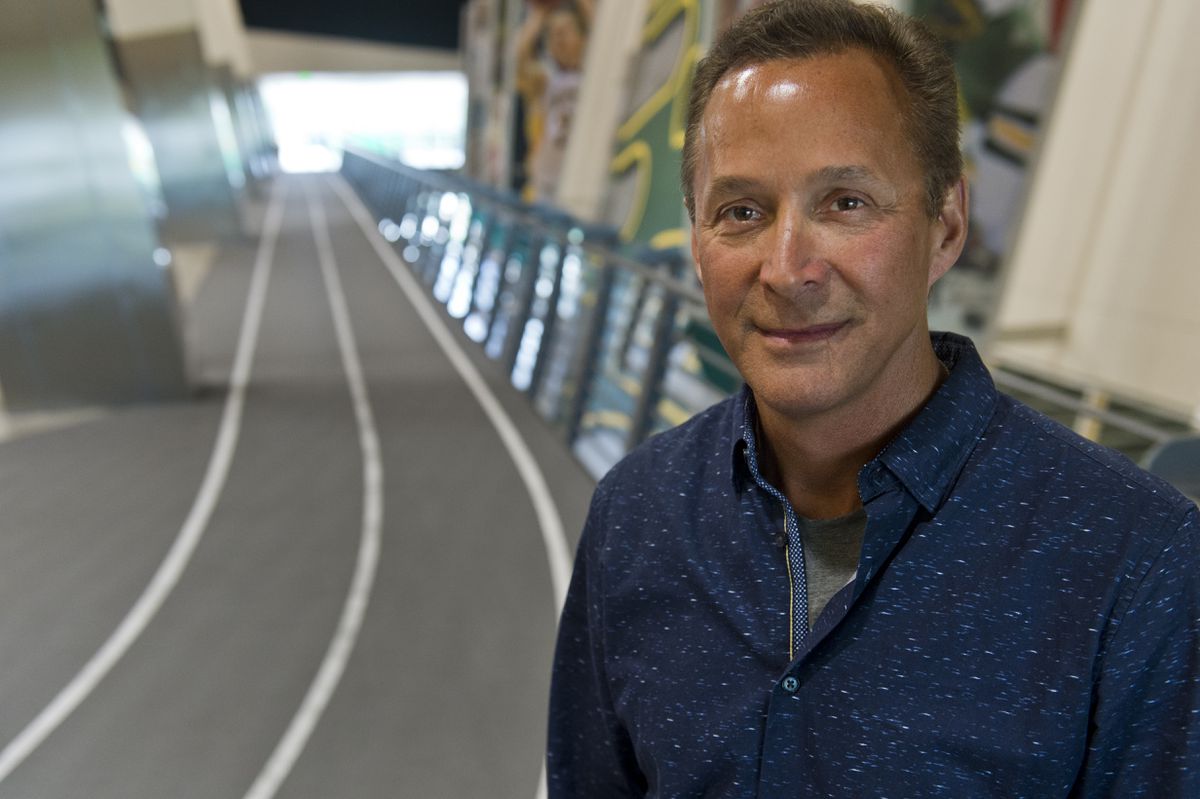 Michael Friess came to UAA in 1990 as a part-time coach. He’s leaving 29 years later as the head coach of six of UAA’s 13 teams and an associate director of athletics.

Friess, who announced his retirement Tuesday, had unparalleled coaching success with the Seawolves, filling the school’s trophy cases and garnering 49 coach-of-the-year awards in track and cross country.

“I didn’t have the master plan,” Friess said of how his part-time job evolved into so much more. “But it was inside me, wanting out.”

Friess remembers how he convinced former athletic director Ron Petro into letting him use money from the cross-country budget to send a couple of distance runners to track meets in the spring. For one thing, he argued, it would make the cross-country program better.

“He told me three things,” Friess said. “One, ‘Don’t go over budget.’ Two, ‘Don’t get me in trouble.’ Three, ‘If I had wanted a good cross-country team, I would’ve hired somebody else.’

“I just smiled and said OK.”

Friess didn’t go over budget, didn’t get Petro or any subsequent athletic directors into trouble and wound up producing much better teams than some may have expected.

A graduate of Dimond High, Friess said the time seemed right to retire. He and his wife, Stephanie, are eager to travel and spend time with their two children and three grandchildren. Both of their kids are in Anchorage now, but their daughter Meagan and her three children are moving to Iowa soon, Friess said.

“We’re not going to be helicopter grandparents,” he said, “but we want to be closer.”

Friess will stay with UAA through the summer and will oversee the Mayor’s Marathon, a revenue-producing event he urged the athletic department to take over in 2001.

He goes out in a blaze of glory. At the NCAA Division II outdoor track national championships less than two weeks ago, eight Seawolves claimed All-America recognition, including senior Caroline Kurgat, who won two races to end her career as a seven-time national champion.

“We have a small team yet we are competitive against teams that have a hundred people on the roster,” senior Dani McCormick of Soldotna said. “We do exceptionally well, and it’s because he finds the potential in people and brings that out.”

McCormick, a 2018 national indoor champion in the 800 meters and an eight-time All-American, came out of high school with a personal-best time of 2 minutes, 17 seconds in her signature event. By the end of her freshman year, she was running 2:12.

“That’s a huge jump in one year for 800 meters,” said McCormick, who leaves UAA with a personal-best time of 2:05.

Friess said when he started at UAA, his goal was to show people what Alaska athletes are capable of. But his programs were so fledgling that he needed to recruit from outside Alaska, especially if he wanted to lure top Alaskans to stay.

He began to bring athletes from all over the world to UAA and was one of the first Division II coaches to find untapped talent in Kenya. His first runner from Kenya, David Kiplagat, joined the team in 2005, and many more have followed, including Kurgat.

“It’s a real source of pride, having the ability to coach and recruit people from all over the world and the Alaskans who have taken advantage of what’s going on right here,” Friess said.

Many of those athletes also excelled in the classroom. UAA’s track and cross-country teams have racked up more than 300 all-conference academic selections over the years, and Kurgat and McCormick are in the running for All-America academic recognition. Since the U.S. Track & Field and Cross Country Coaches Association began presenting academic team awards, every team Friess has coached — both track and cross country, both men and women — has been honored.

Coach-of-the-year awards for Friess have come from the Great Northwest Athletic Conference, the Pac West and the USTFCCCA.

“He hasn’t just coached a sport; he has built an elite program,” UAA athletic director Greg Myford said in a press release. “The University of Alaska Anchorage thanks Michael for his years of service and remarkable success.”

Friess said he’s leaving the Seawolves in good shape, with strong assistant coaches and a solid core of young athletes — and he’s leaving when he’s still young enough to enjoy an active lifestyle with his family.

During his years at UAA, Friess accumulated 1.3 million miles flying to various competitions — he seldom traveled on recruiting trips — and he said he’s ready to slow down, at least for awhile.

He might return to coaching at some point, he said. But the next year belongs to him and his family.

“I’m not ruling anything out,” he said, “but I want a little bit of a break.”

This story has been updated to correct when Friess created the women’s cross country team and the outdoor track and fields teams.