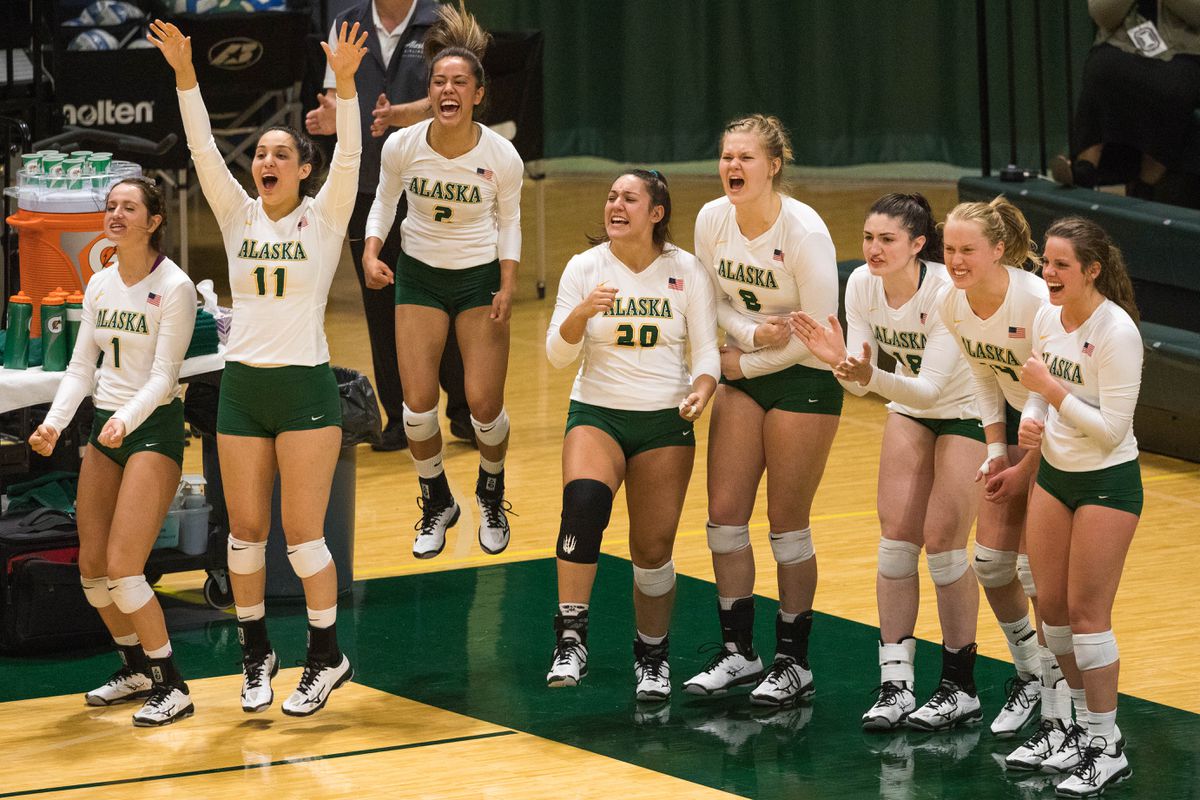 The word on this year’s UAA volleyball team: Everything old is new again.

The Seawolves open the season Thursday night at the Alaska Airlines Center with a star middle blocker back on the roster after a four-year absence and two former players filling spots on the bench as assistant coaches.

Balancing those familiar faces are a host of new ones — nine freshmen, including three who were marquee players on Anchorage high school teams a year ago.

Guiding them all is Chris Green, who is back for his 12th season as UAA’s head coach. Helping him this season are two of his former players — Stacie Meisner, one of Green’s first recruits who was the team’s libero in 2008 and 2009, and Brooke Pottle, an outside hitter in 2013 and 2014. Meisner served as the executive director of the Anchorage Sports Association from 2015-18, and Pottle was an assistant coach at Service High last season.

Also returning is Kayla McGlathery, a 6-foot middle blocker who played for the Seawolves in 2014. As a sophomore that season, she was named the Great Northwest Athletic Conference’s Newcomer of the Year after leading UAA with a .313 attack percentage, a hitting efficiency that ranks seventh all-time among UAA’s single-season leaders.

In last week’s exhibition match against the UAA Alumni, McGlathery had a match-high two solo blocks to go with five kills and a .455 attack percentage. She hasn’t played college volleyball since she left UAA, so she has two seasons of eligibility left.

Seven players are back from last season’s 21-7 team, including two who were named to the GNAC’s preseason all-conference team — 5-11 senior outside hitter Vanessa Hayes and 6-1 sophomore middle blocker Eve Stephens. Hayes is the team’s lone senior.

Floyd emerged as UAA’s No. 1 setter last season and is likely to share time with newcomer Emma Kleven, a South High graduate who joins the team after two seasons as a key player at Notre Dame de Namur, an NCAA Division II school in California. Kleven is a junior who spent last semester at UAA, so she’s already familiar with the Seawolves.

Kleven, Stephens and Vreeland are among six Alaskans on the roster. The other three are freshman coming off successful high school careers — 6-1 outside hitter Mia Ekstrand and 5-5 defensive specialist Reilly Plumhoff were teammates on Dimond High’s state championship team last season, and 5-6 setter/defensive specialist Julie Fetko was a first-team all-conference player for Service High.

The Seawolves will open the season by playing four matches in three days at the Seawolf Invitational. The five-team, round-robin tournament runs Thursday through Saturday at the Alaska Airlines Center.