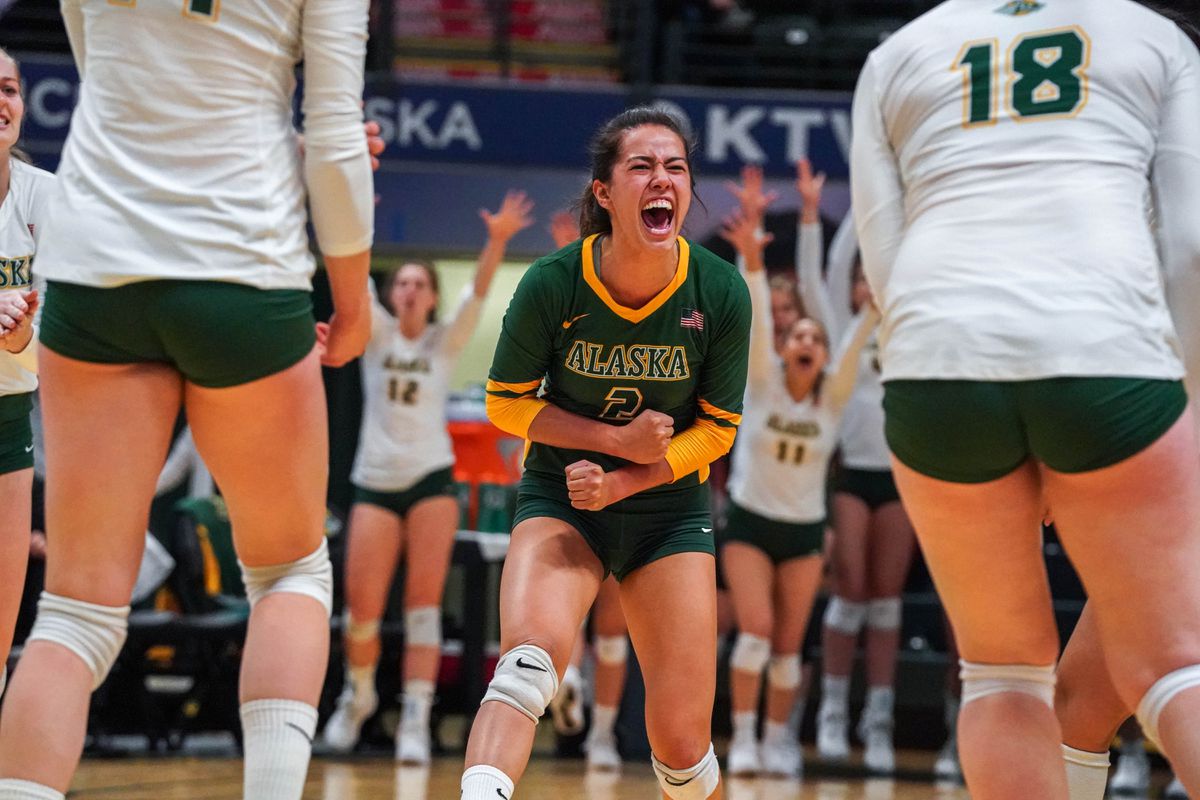 In a match that pitted the Seawolves against a former teammate, the UAA volleyball team swept Central Washington to claim sole possession of third place in the Great Northwest Athletic Conference.

The Seawolves came from behind in the first set, withstood a rally by their opponent in the second set and controlled the third set for a 25-22, 25-21, 25-18 victory Thursday at the Alaska Airlines Center.

A balanced attack produced 12 kills from Kayla McGlathery, 11 from Eve Stephens and nine from Vanessa Hayes and helped UAA post a solid .302 percent as a team. Ellen Floyd quarterbacked the team with 41 assists.

Across the net was Diana Fa’amausili, who contributed five kills for the Wildcats. Fa’amausili was the West Region freshman of the year while playing for the Seawolves in 2016, but was kicked off the team during her sophomore year for a rules violation.

UAA trailed the first set 14-9 before forging a 17-17 tie. The set was tied two more times before the Seawolves reeled off three straight points to take the lead. A kill by Stephens ended the set.

In the second set, the Seawolves were up 24-16, but the Wildcats fended off set-point five times to make it 24-21. McGlathery ended things with a kill.

Vera Pluharova anchored a strong block that denied Central Washington eight times and Talia Leauanae turned in a team-high 15 digs for the Seawolves.

Makala Swart and Ashley Kaufman combined for 21 kills to lead the Wildcats.

The teams entered the match with identical records. UAA will take a 9-4 overall record and 4-1 GNAC mark into Saturday’s home match against Northwest Nazarene, while CWU is 8-5, 3-2 as it heads to Fairbanks for a Saturday match.